Keyser has deformed front paws. Keyser was a stray we took in last year (he was dumped off in our neighborhood and we just bonded with the little guy). His special need is his front paws -- he has a deformity that my Vet has never seen in her 20 years of being a Vet!

He is missing two digits on each of his front paws and has NO ankles. One paw has his two digits pointing in towards each other.

We noticed when he first showed up at our door, the one claw was growing into his footpad (ouch). His other paw the claws grow in the opposite direction. We already Soft Paw our cat 'Hammie', so we thought we'd try Soft Paws out on Keyser. He has adapted to them quite well (and, adapted to being an indoor-only cat, living with 4 other cats and 2 dogs). He limps quite badly some days, other days, he can't be kept down! 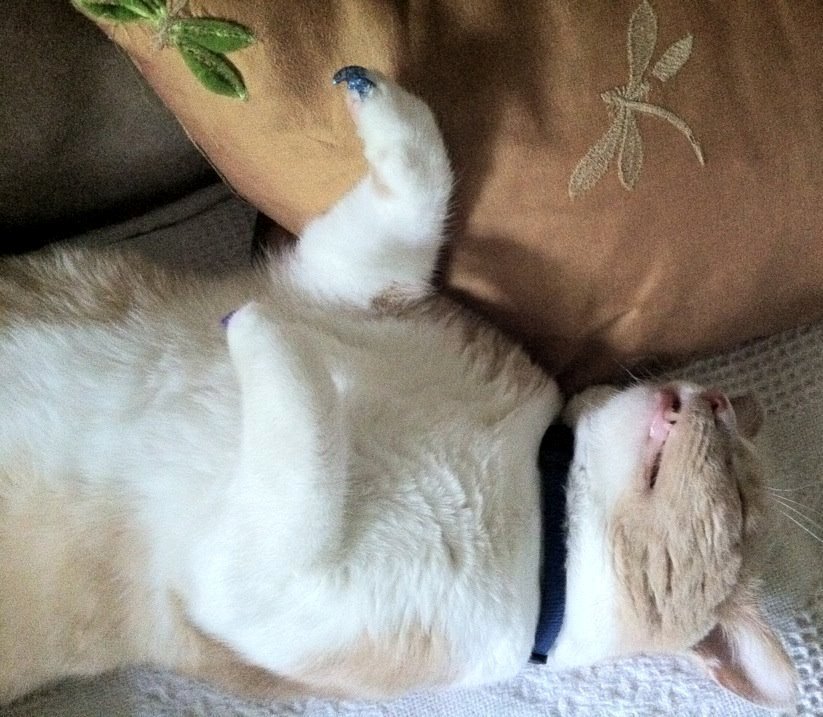 We were told by the Vet it was not a 'botched declaw', but considering the kind of cruelty we've seen inflicted on our animal friends by humans... we just didn't know for sure. She said she's never seen such a deformity but it can happen; he was just 'born this way' missing digits and ankles.

We use Soft Paws on the front two digits he has, and I know this is normal for most cat owners who do not believe in declawing, but Keyser's left foot with the two claws growing into the footpads, makes him definitely need the claw covers.

We are still in shock that someone just literally dumped him off and out of their life.

He just appeared one day in June of 2011, scared, skinny, leery of us. Since we spend so much time outside with our dogs and doing yardwork, pretty soon Keyser was coming up to us, rolling around and wanting LOVE. We obliged!

We fed him outside until there was a raccoon problem in the neighborhood, and apparently, Keyser got into a fight (with other stray cats? a raccoon? who knows?) and came to us with a bloody, torn ear, and a bite-spot on his face. We cleaned him up and brought him inside immediately, and after he spent time in the quarantine room -- he immediately bonded with our other four male cats! He also has a gigantic adoration for our two dogs, since he used to go on walks with them when he lived outside.

Keyser is very much a lap cat. He adores being held, sleeping on my hubby's legs at night, and generally taking up whatever lap he can.

Whoever dumped him off thinking he was unworthy or 'not right', truly lost out on a wonderful little guy. We named him Keyser after the character from "The Usual Suspects", Keyser Soze, due to his 'gimpy' walk, and boy is he a TALKER! Very verbal, sly and lots of fun.

Darkeyedgirl is the owner who shares with us what living with Keyser, this sweet purring bundle of joy is like. 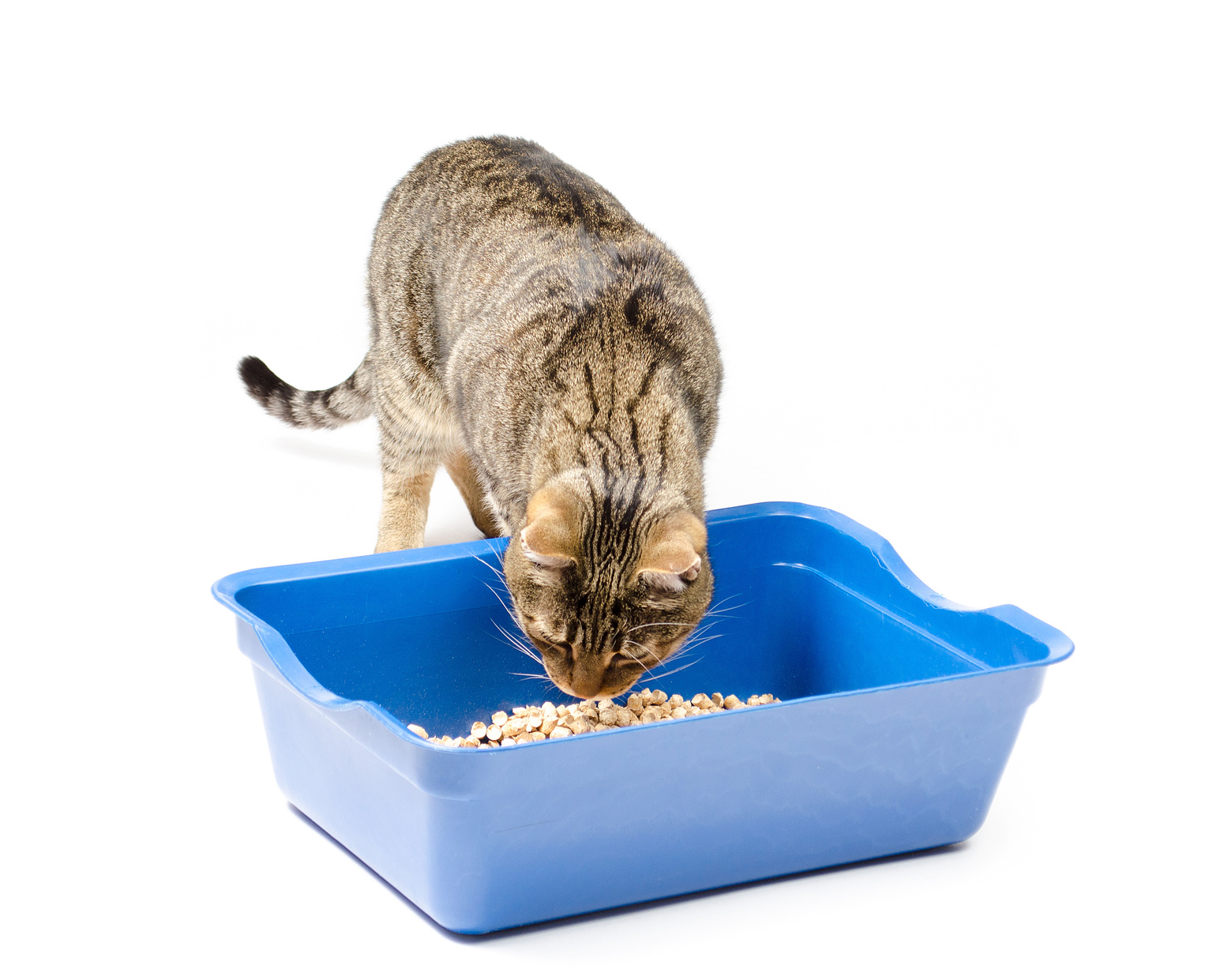 How Often Should You Clean The Litter Box? 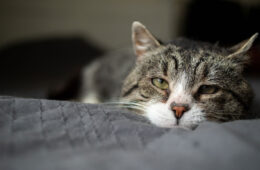 When Is It Time? – Making The Difficult Decision

Oh my Goodness!  He's so darn cute!  I see this was written a few years back, but it's still a great read!
So adorable and cute...
Thank you for taking in this little sweetie! It sounds like he still manages to have lots of fun despite his differences.
What a beautiful sweetheart!
He does 'smile' quite a bit. During his neutering, Maria at our Vet's office said, "he was actually smiling with his mouth open the whole time!".... they said his bottom jaw is so large because he went so long with his boy-parts (they were um, horrifingly huge), she said his jaw will most likely remain large and he will have 'that smile' forever... fine with me, he's adorable! Such a snuggler, too! =-D We are so happy he chose us. With all the raccoons, big dogs and now a coyote in our neighborhood... little guy just didn't stand a chance living outdoors.
He is a beautiful cat, and very happy with a wonderful smile, god bless you for giving him love and safe place to live out the rest of his lives