“I’ve had Max since he was six weeks old,” says Elizabeth Jones, a computer graphics specialist in Mesa, Arizona. She chose the white with gray Manx kitty because he was so playful and affectionate. Over the past 15 years, Max never met a stranger. “He’d always come right up to get in your lap, make himself comfortable, and just rub himself on your face,” she says.

But in the last two years, Max’s behavior and personality began to change. Max always loved food and hit the ground running at the sound of kibble hitting the bowl. So when treats lost their allure, Elizabeth knew something was wrong. 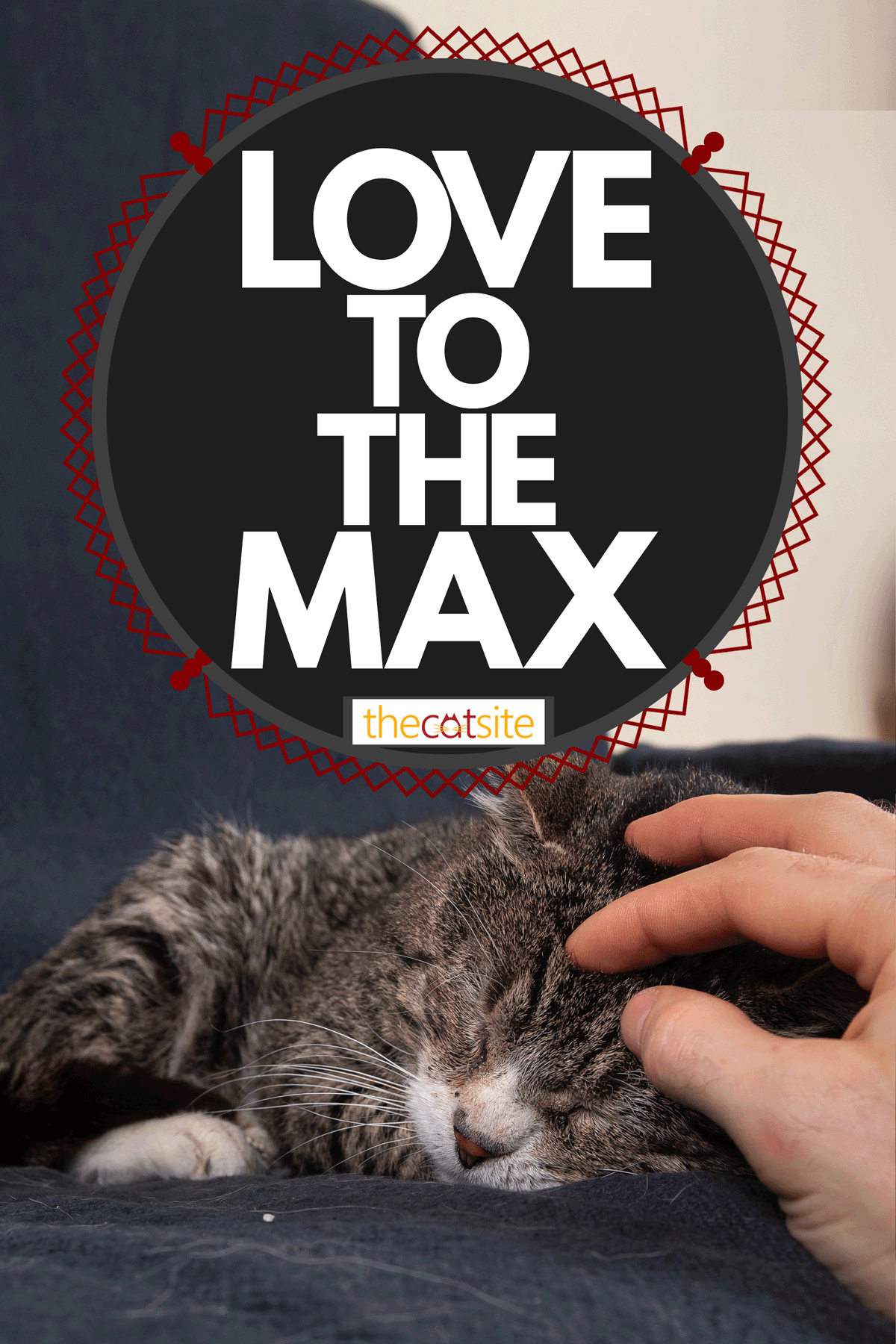 Max slowly began to lose weight and became reluctant to interact. He no longer demanded marathon lap-snuggling sessions, nor was he interested in head-bumping visitors. The gregarious cat she’d always known began to hide. Finally, last March when Elizabeth graduated from the university and found her dream job, things went downhill fast.

“He’d poop on my bed, or pee right in my spot where I sit on the couch,” says Elizabeth. The glazed look in his eyes and his anxious behavior made Elizabeth fear that her beloved cat was losing his mind. Max either hid from her or wailed for attention. Without warning, he’d climb into bed in the middle of the night, cry to wake her and make a mess. “I was at the end of my rope,” she says. “I had to deal with this ailing kitty that’s always been so friendly and wonderful, and very loving.” 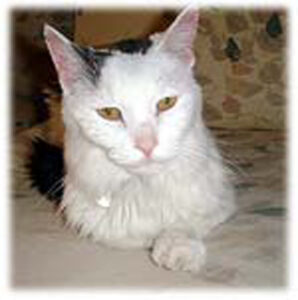 She knew not to take it personally, but dealing with middle-of-the-night messes made it hard. “It hurt so much to see him this way.”

Elizabeth became more and more upset as Max’s condition deteriorated. “He had this look in his eyes that said: ‘who are you? where am I? I don’t know what’s going on! I’m upset, and I don’t feel well,'” she says. “If you see an animal suffer like that, I feel it’s your responsibility not to prolong that.” She desperately loved her cat and was torn by the thought of losing him, but knew she’d ultimately have to put Max to sleep.

Although cat lovers of today are privileged to enjoy longer-lived cats — 15 to 20 years isn’t uncommon — we recognize aging cats may develop a health problem or disability. Most cats will not outlive us. Is it selfish to want to prolong his life?  Cost of care, concerns over his comfort, and guilt about making these choices can make the last weeks or months together even more difficult.

When is the right time to say goodbye?

There is no wrong answer. It doesn’t matter what other folks think, or what they’d do. Every situation is different, and what applies to others may have no bearing on your situation. Any choice you make that’s based on love and concern for his welfare cannot be wrong.

The suffering for both Max and his loving owner had been going on for five months when Elizabeth received a questionnaire from Max’s veterinarian. Dr. Kelly Moffat of the Mesa Veterinary Hospital requested information for a study about senior cat patients. Participation in the study included complete blood work and physical and neurological exams. Elizabeth jumped at the chance that something would be found that could help return Max to normal or at least improve his quality of life.

The tests offered both good news and bad. For his age, Max was quite healthy. They couldn’t find anything to treat. Dr. Moffat said there were no physical problems to account for his distress and behavior problems. Elizabeth’s hopes fell when the doctor explained that at a certain stage of the game, some cats deteriorate on a cognitive level.

The symptoms Max exhibited were typical of feline senility. This condition has more frequently been described in dogs and is pretty new to feline medicine.

“There’s now a pretty well-understood syndrome referred to as Canine Cognitive Dysfunction which basically represents a loss of memory and learning or a reduction in learning memory,” says Dr. Benjamin Hart, a veterinary behaviorist at the University of California, Davis. He adds that dogs, similarly to people suffering from Alzheimer’s disease, develop a beta-amyloid pathology in the brain. This is a starch-like protein that becomes waxy once deposited in the tissues.

Max’s veterinarian was conducting one of the first scientific surveys of cats suffering from cognitive dysfunction. “I started the study two years ago, and have since looked at 155 cats aged 11 to 21 years old,” says Dr. Moffat.

“You’re more likely to see it in 15-year-old and older cats,” says Gary Landsberg, DVM, a behaviorist in Thornhill, Ontario. He authored one of the first research papers on cats that concluded, in part, that as many as 80 percent of cats he sees that are over the age of 16 show signs of senility. “Some of the brain changes in [these cats] are similar to those seen in the early stages of human Alzheimer’s,” he says. Like the affected humans, cats with cognitive dysfunction also have deposits of amyloid material in the brain.

What if there is hope?

There currently is no medical treatment for the feline disease. Most cat owners have little choice but to end their pet’s suffering by euthanization.

But there is hope. Elizabeth learned that the drug selegiline (brand name Anipryl) is FDA-approved to treat cognitive dysfunction in dogs. It has shown incredible results in a certain percentage of canine patients. She agreed to try an experimental treatment of Anipryl on Max. This “off-label” use is legal as long as owners are informed, and Elizabeth was willing to try anything. She knew that Anipryl was Max’s last chance.

The cat received half a tablet every morning. Elizabeth was amazed to notice a change within only a couple of days. “It was pretty dramatic!”

Max seemed to regain his composure overnight. His appetite returned, and he began to beg for food just like old times. “Now he knows where he is, he recognizes me, he knows what’s going on,” says Elizabeth. She is not only thrilled with Max’s response, and relieved that he once again enjoys his life and is a full partner in their family; Elizabeth also cherishes the thought that Max’s participation in the study will help other cats. That is, indeed, a fitting legacy to their years together.

Thoughts of putting Max to sleep have been put on permanent hold, ever since the glazed look in his golden eyes lifted to reveal what was always there, under the confusion:

Max looking back with love.

“In the past, these symptoms would have been brushed off as a normal part of aging,” says Susan Little, DVM, a feline specialist in Ottawa, Canada. “It actually should be recognized as a specific health issue of a geriatric cat,” says Dr. Little. Affected dogs and cats typically seem to forget how to do normal activities. For example, they are unable to find the litter box or ask for a bathroom break, or they simply sit in the middle of the room and cry. Signs of cognitive dysfunction can be vague and confusing, and mimic other disease conditions. Look for:

The old saying, “use it or lose it!” applies equally to pet brains. Studies of cognitive function in dogs proved that problem-solving activities kept them sharp, connected to the world around them, and even extended their lifespan.

Researchers also agree that mental stimulation drastically improves the cognitive function of aging cats. Keep your cat both physically active and mentally engaged throughout her life to keep her brain young and potentially prevent or slow the progression of aging changes.

Here are some things you can do to keep your aging cat both physically and mentally fit: 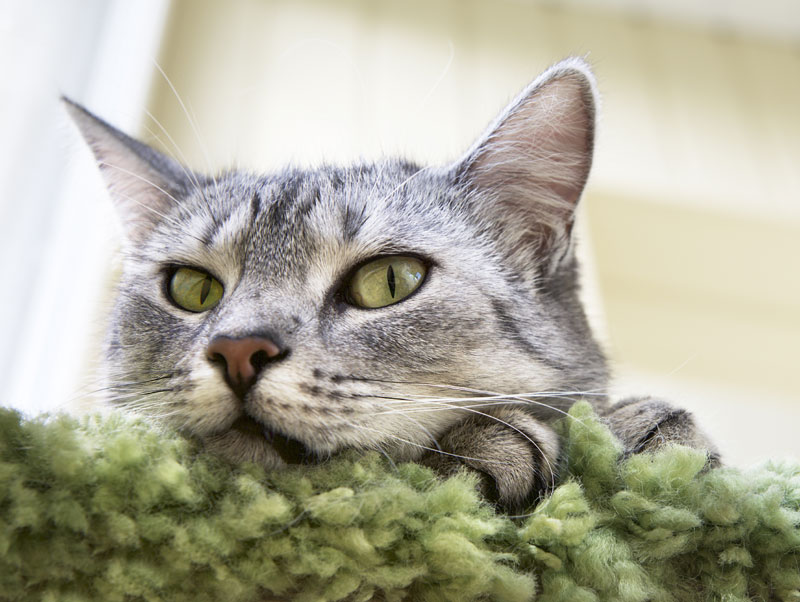 What Will Happen To My Cat If I Die? 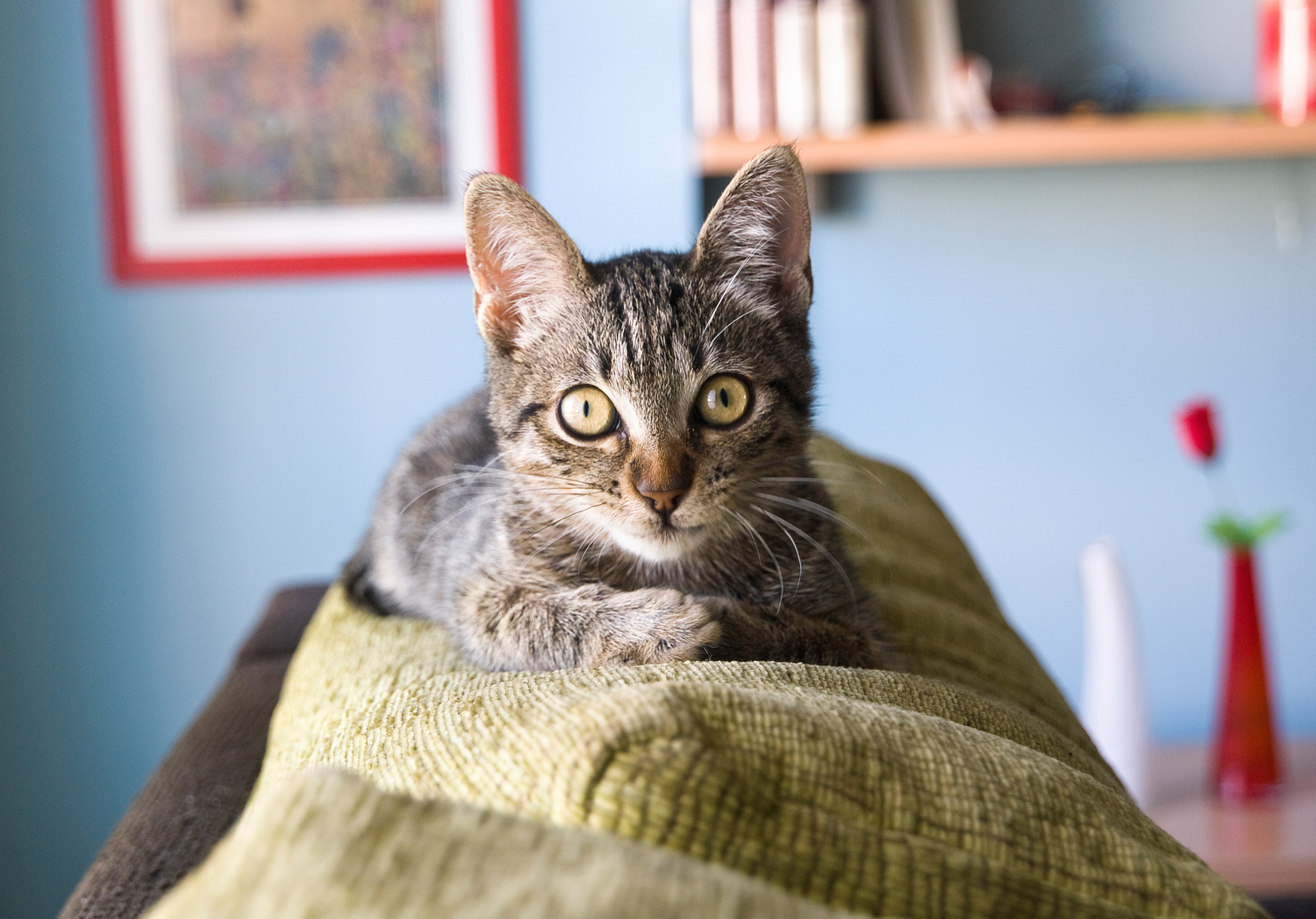 How Long Can You Leave Your Cat Alone For?

This is a very interesting and informative article.  I wasn't aware that cats could take "dog medicine".  I am so happy for Elizabeth and Max.  Thank you for presenting this information here.