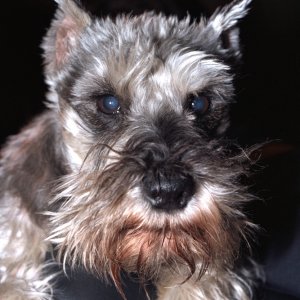 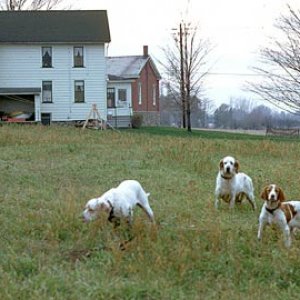 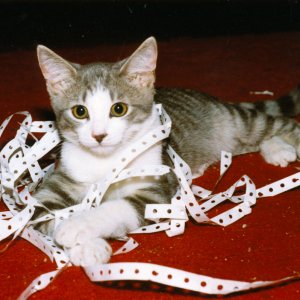 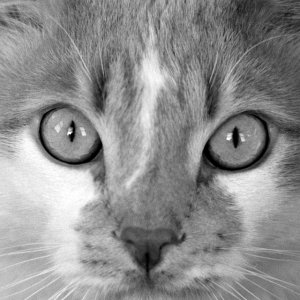 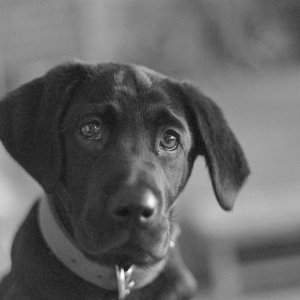 Tyrone (AKA: "Ty-Ty") was our family house dog. Ty was a character, that dog was!

He was super intelligent (we thought so, at least) and we figured he understood at least one hundred words. You dare not say, "car" or "ride" within earshot because he'd be at the door, barking, wanting to go for a ride in the car. Ty was the stereotypical, "head-out-the-window" kind of dog, even if it was raining. You always had to crack the car window for Ty.

I remember, one Easter Sunday, when my mother got up early to hide Easter eggs around the house. That darned dog went around and found nearly every one of them before us kids had the chance!

If you've ever known a Schnauzer, you know that their beard and mustache gets into EVERYTHING that they do. Easter eggs are no exception!

Well, we woke up, ready for our Easter egg hunt and, there came Tyrone (we called him "Ty" when he was good and "Tyrone" when there was trouble) with an Easter egg in his mouth and his beard was all blue and red and green! We didn't know whether to laugh, cry or holler!

Ty "went away" one day and we found him, some distance away from home. He was old and it was his time. You can tell from his picture. See how his eyes are cloudy? That's a sure sign of age. He was over twelve when he crossed the bridge.

Some dogs just know when it's their time and they just "go away" to die.

Nobody really knows why they do it.

Some people think that it's because they love their family so much that they don't want their humans to see them die.

I don't know if that's really true but I like to think so.