Kitten Season is almost upon us in the UK as well, with some already seeing cute little bundles of fur being born and looked after by their Mums. Sadly some of these little darlings won't have such an easy life and will end up either as a stray/feral or in a shelter where they will either be adopted out or in a worst-case scenario, PTS. It's a grim tale which unfortunately for cats and kittens spans the world over.

Kittens are often favored until either undesirable behavior strikes or they outgrow their kitten cuteness and become beautiful cats (though this beauty is often unseen).

Being located in the UK myself, the number of cat-only shelters available in the area is slim, with most shelters being centered around common domestic pets. The most common of which are cats and dogs but do not exclude small furries such as bunnies. Looking into local animal charities and rescues I came across Helping Pets (North-East). They are an animal charity that works exclusively with volunteers and foster homes to rehabilitate and rehome the animals that come into their care, some of which will remain with them in permanent foster care.

They do not discriminate and care for animals that may be stray/feral or surrendered by owners who feel they can no longer provide them with care. The whole idea is that every animal deserves a chance at happiness and to find a loving home or safe living environment.

Helping Pets was founded by Vicki Withers, a trained Veterinary Nurse, and a Pet Sitting business owner. She started up Helping Pets when she found that she was regularly being asked to rehome various pets for a variety of reasons and often took them in until a suitable home could be found for them. As the number of pets needing this service grew Vicki decided to set up Helping Pets (North-East) and sought out volunteers to help take the animals in.

All the pets that come into their care are assessed in a home environment so that the needs of each individual animal are matched to prospective homes that are offered. Their personalities are monitored along with other environmental factors so that when suitable forever homes can be found, they are the best match.

Helping Pets does not just stop at re-homing the animals within their foster care; they are also in partnership with a Veterinary clinic to ensure that the animals are provided with full veterinary care. What each animal may need ranges from flea and worm treatment, neutering, and microchipping to the diagnosis of any illness and palliative care. Given the number of animals taken in this equates to a substantial sum of money to be paid in vet bills each month.

Pets can be costly, there are no two ways about it, and having so many animals dependent upon them is costly. Helping Pets (North-East) raise funds by attending local events and by generous people sponsoring their permanent fosters pets. They sometimes have local businesses and people help by donating prizes for fundraising events such as raffles.

Helping Pets(North-East) receive no government or local authority funding and rely solely upon the generosity of its supporters. Because the charity is run entirely by volunteers, all the money raised, including the adoption fees required for each animal, does indeed go towards the care of the animals.

It is a sad fact of life that even with organizations like this one doing all they can to help with the problem of stray and unwanted pets, the increase caused by irresponsible and unregulated breeding is substantial. Despite this Helping Pets (North-East) is a no-kill organization. Animals are put to sleep only when all other avenues have been explored and there is no other alternative, and even then it is only at the time in which the animal is ready to cross the rainbow bridge and leave us.

One example of this is Patsy who went into the care of Helping Pets (North-East) as a thin and starving stray. She was extremely thin, so much so that parts of her spine and ribs could be clearly seen and felt under her fur.

Poor Patsy was so starved and dehydrated that every time she ate she bloated out with gases, which as you can imagine, was very uncomfortable for her. She had started to go into liver failure, walking hurt and she needed stairs to get up onto a sofa.

Patsy would have not survived many more days on the streets. Yet Helping Pets (North-East) would not give up on her and nursed her back to health even though she was an old lady of undetermined age. They kept her in permanent foster care and it was only when she could no longer walk and had developed fluid on her lungs along with heart problems that she was eased into peace.

In addition to their domestic work, Helping Pets (North-East) also work with the feral colonies that are reported to them, and practice TNR (Trap, Neuter and Release). The basic principle is to trap the feral cat in a humane trap by luring it into the cage with something tasty and smelly (tuna for instance!). Once caught, the cat is taken to a veterinary clinic to be neutered and have its ear-tipped. The ears are tipped to show that they have been neutered if they are ever caught again.

The feral then needs time to recover from the surgery and any other treatment it may have needed. Once recovery is established it is crucial that the feral is returned back to the area he/she was trapped in. This is because it is a familiar and safe place and they will have an established hunting ground. A feral is never returned to an unsafe place, a new environment is found that will be suitable to their living needs.

But all this work with feral cats doesn't solve the problem of the ever-expanding cat population; your pet cats also need to be neutered. Not only does it help with over breeding, but it is beneficial to their health, and in the case of Tomcats, reduced spraying to mark out their territory and they are also less likely to fight.

The benefit to the queens is no back-to-back pregnancies, growing one baby takes a toll never mind multiple pregnancies. One un-neutered queen can easily turn into fifty-three cats within three years.

While we are on the subject of kittens if you see 'abandoned' kittens and think, “Oh my I must help these poor distressed babies who have been haplessly abandoned by a cruel and unthinking mother.” Stop, reign in your protective instinct, and move out of sight of the kittens, but where you can still see them, preferably upwind.

Then watch and wait to see if that “unthinking mother” comes back, chances are that your arriving scared her off and she is nearby hiding and desperate to get back to her brood. If she comes back then get in touch with a shelter, preferably a no-kill one, and report the mother and babies so they will be able to trap them and take them in.

Once the kittens are weaned and hand-tamed they will hopefully be adopted out to nice forever homes. The mother will be spayed and released to her original environment.

How You Can Help

Helping Pets (North-East) relies heavily upon donations and the support of its volunteers who do a range of tasks to help. From fetching and carrying, vet visits, fostering, and the all-important supply runs and tedious paperwork. But without these donations of time, money, and love, the organization wouldn't be as successful and these pets would be on the streets fending for themselves, or in most cases in another shelter about to be PTS.

As part of their adoption services, Helping Pets (North-East) ask for an adoption fee of £70 for their furry felines and £120 for their canine companions, and just a small £35 for their small furries. This may seem steep compared to sites such as “gumtree” and other online selling markets, but don't forget these animals are coming to you, having received love, good food, and all the appropriate vet care they need!

Helping Pets (North-East) never allow an animal to leave their care un-neutered unless they are too young and even then the cost of spaying a kitten is included in the adoption fee once it is old enough.

Helping Pets at this time only operate in the North-East of England. For more information on Helping Pets (North-East) please visit their site Helping Pets North-East. Other UK cat shelters can be found at CatChat.org as well as a range of resources for advice and information.

Written by Steph Kirkland Steph Kirkland lives in the UK. She's is a mummy to one rambunctious toddler, a meowmy to one hyper kitty, and a TCS member posting as StephieDoodle. 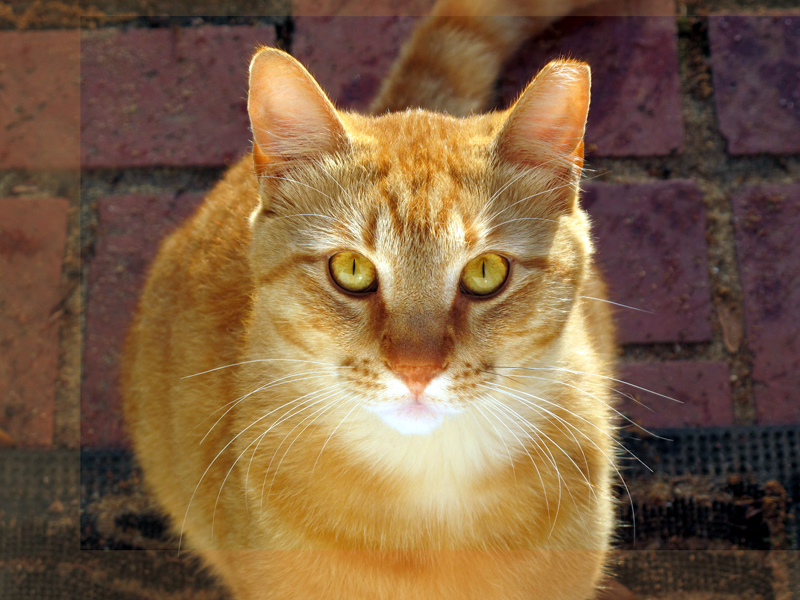 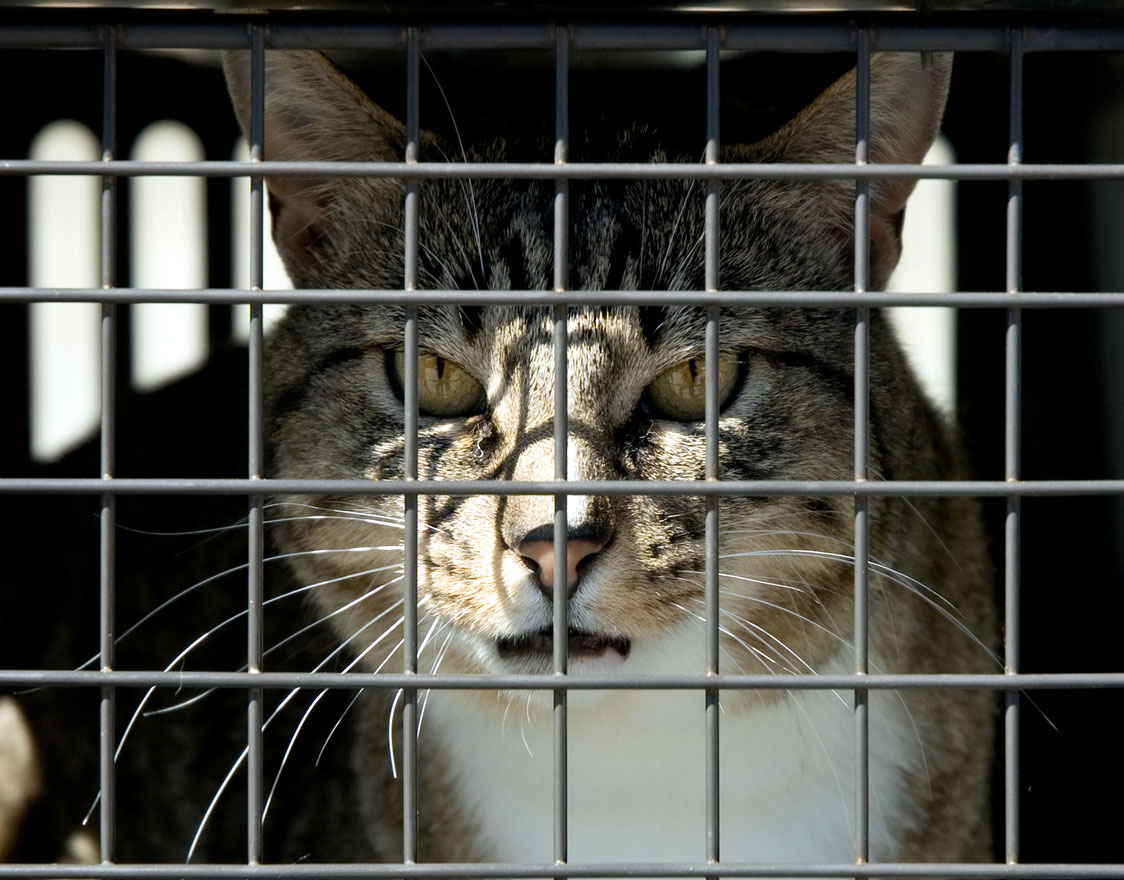 Everything You Need To Know About Tnr (trap-neuter-release)