With kitten season in full force, too many people come across abandoned pregnant cats and orphaned kittens, sometimes even newborns. The unexpected rescue mission can be overwhelming. There’s so much to do, and there’s often a steep learning curve, too.

Fortunately, many rescuers end up in our forums. During Kitten Season they often end up in the Pregnant Cats & Kitten forum, where our members join forces to help. Offering advice and support, they accompany the rescuers on the long journey of caring for helpless cats in need.

We’ve put together a collection of some of the most touching rescue stories we’ve come across in that forum over the past few years. We hope this will provide you with inspiration and the courage to help cats in need as well as the people who do just that. The kitten that was found in a pile of trash

A small kitten was found in the trash at a grocery store and that prompted a flurry of posts about his care. His eyes and nose were stuck shut with mucus, so he couldn’t see or smell food. Suggestions were made to put honey on his gums, slurry food, and get to a veterinarian as soon as possible—which isn’t always possible. A hot water bottle, carefully covered so it wasn’t too warm, chicken broth, Nutrical, antibiotics and hundreds of thoughts and prayers finally helped this little guy turn the corner. Now, in 2018, he lives with a cat sister and a baby human as well. When a skinny, starving cat shows up at your door, of course, you feed her. But what if she has kittens stashed somewhere nearby? Or maybe she hasn’t had the kittens yet—sometimes it’s hard to tell. Even the vet wasn’t sure. Rather than an x-ray or ultrasound, it was decided to observe first. Sometimes observation isn’t as easy as it sounds, either. Kitty wouldn’t leave while her rescuer was outside, so following Kitty at a distance wasn’t an option. A GPS collar was a bit big, and although Kitty allowed the new collar and tracker to be put on her, she freaked out when she realized they were meant to stay on. With practice, she kept the collar on. GPS trackers aren’t precise, so when it showed Kitty was nearby, neighbors helped look for her and hopefully, her kittens—and after an hour’s search, found Kitty on the hood of the car in the carport! Thankfully, the GPS did succeed in the end.

Kitty was found three streets away, with three of her five babies. The other two hid and were retrieved later in the day. Mama went on to be spayed and put up for adoption, while her rescuer fostered three of the kittens and got their story written up in the paper. Five weeks of searching certainly paid off for these lucky cats!

Wild and Wonderful Animal Rescue received a “take them or they go to the pound” call for a mama cat and eight (!) newborn kittens. When you’re caught off guard like that, it’s hard to remember all the equipment you’ll need, but fortunately, TheCatSite members came to the rescue and helped prepare a list. It included: a carrier to transport, a heating pad, food for mama, supplements for the babies, blankets, litter for mama, dewormer for the kittens, and a scale to monitor their weights. Oh and something to mark the kittens helps too, so you don’t supplement one of them twice and miss another one. These kittens also had fleas, which can be dangerous for babies this young. A Dawn bath or topical flea meds aren’t good for such tiny kittens. Treat Mama and that will help the babies, too. Mama needs to recover from the stress of giving birth, moving to another home, and nursing the kittens, so be sure to stock up on high-calorie foods and possibly a supplement especially for nursing moms.

A few days later, the eight kittens were doing well, and another call came in to foster another litter. This time it was a mama cat and 6 babies, also flea-infested. They were able to move into another bedroom to stay separate from the first litter. Hearing such tales reminds us of the need for help for rescues – towels, blankets, food, litter, time and effort… and money. A vet willing to help spay/neuter all the kittens and their moms before adoption is a blessing.

Visit the thread for more cute pictures of all the kittens, fourteen in two litters.

The surprise pregnancy that resulted in nine kittens

An indoor cat made her escape for a wild night on the town. The result? Nine kittens and a scheduled spay date. For details of what to do when mama is overwhelmed, the advice given to this owner is spot on. By keeping track of the kittens’ weight, you know who’s eating and who’s getting pushed aside. Rotate the kittens so the bigger babies eat together. Give mama a bit of a break and then feed the smaller group. The big babies can get supplements while the little guys eat and vice versa. A kiddie pool is a great way to keep them corralled, at least until they all become mobile. The biggest problem with this litter? Deciding to keep one or two or…

The kitten that was rescued from the middle of the interstate

A motorist noticed a little cat in the middle of the highway. Dodging traffic, he rescued her. The people tried to bottle feed her, but Kitty bit off part of the nipple and swallowed it! A trip to the emergency vet revealed rocks and pebbles in her stomach as well. Can you imagine a kitten so starved that it would eat rocks? To see the x-ray, check out the thread on this page. Kitty also had a lot of health problems—an upper respiratory infection, ear infection, mites and fleas. The fleas went away pretty quickly, but the vet advised waiting until she was about 8 weeks old before treating the mites. In spite of her problems, Kitty, now named Kiwi, had a lot of energy and wanted to play all the time.

A year later, her owner reported she was healthy, strong and a big fan of Greenies. She’s got a best cat friend named Willow, too.
Read Kiwi’s full story in the thread – including the update and photo from her second birthday! She looks a little surprised but healthy and happy. The Feline Mother and Daughter Team

The long wait is over as eight kittens are born to mama cat Naomi with help from her daughter Wynonna who’s just had four babies of her own. Parenting will be shared for the twelve cuties until homes can be found. Naomi, a foster cat, was so over being pregnant, but the little ones were in no rush. If you can imagine a cat with a bowling ball middle, that was Naomi. Naomi and Wynonna were great moms to the brood! Once the thread was posted on TheCatSite, members from around the world checked in to track Naomi’s progress and guess how many babies she’d have. Check out the thread here. With over 50 pages of comments, continuing to the present time, there’s a lot of reading to do.

Why not join in on the adventures in real-time? If you haven’t done so yet, join our community here and then head over to the Pregnant Cats & Kittens forum.

Remember another great rescue story that took place in that forum? Leave us a comment with a link and a recap of the story and together we can keep on building this inspirational collection of cat rescue stories. 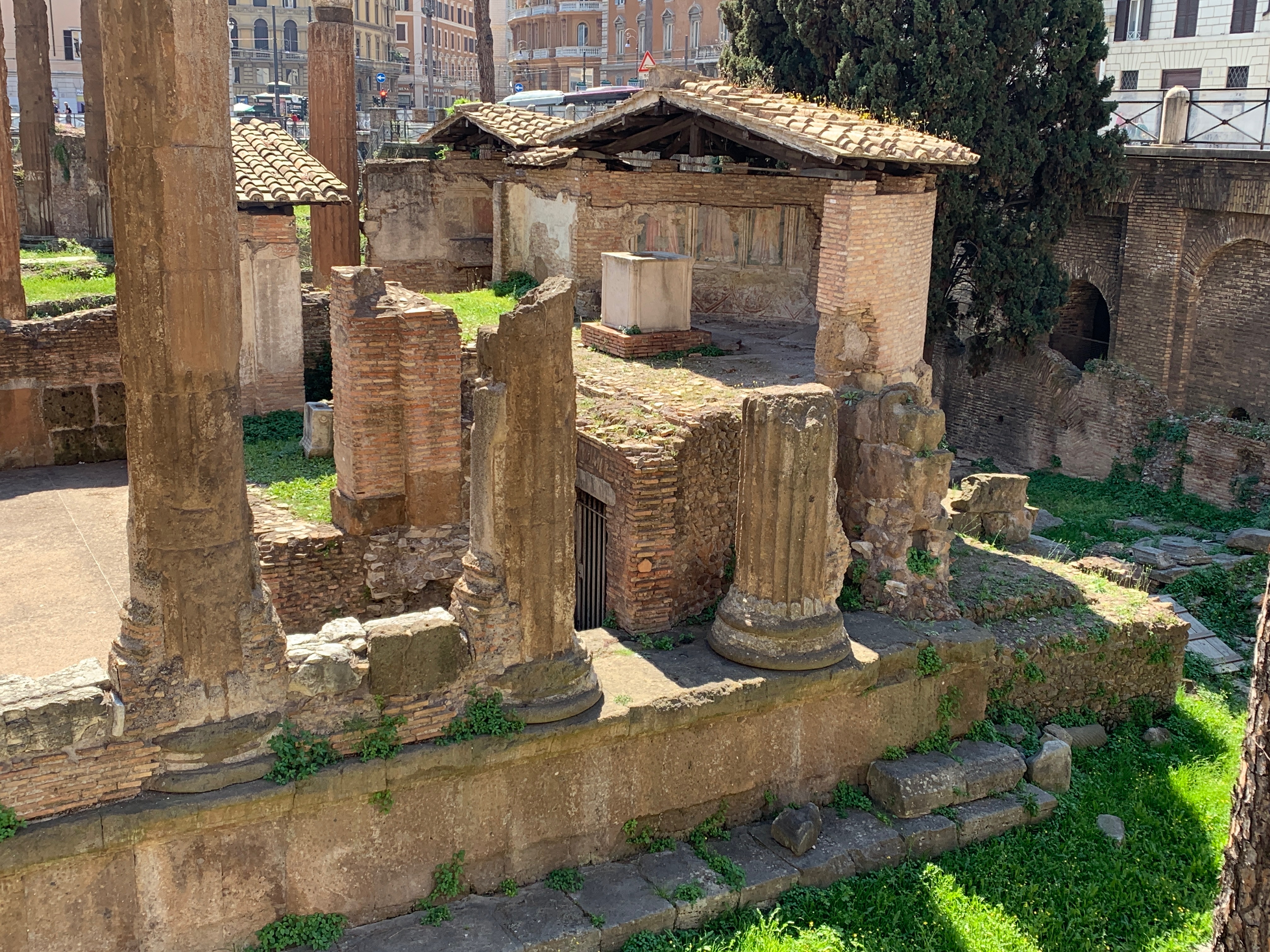 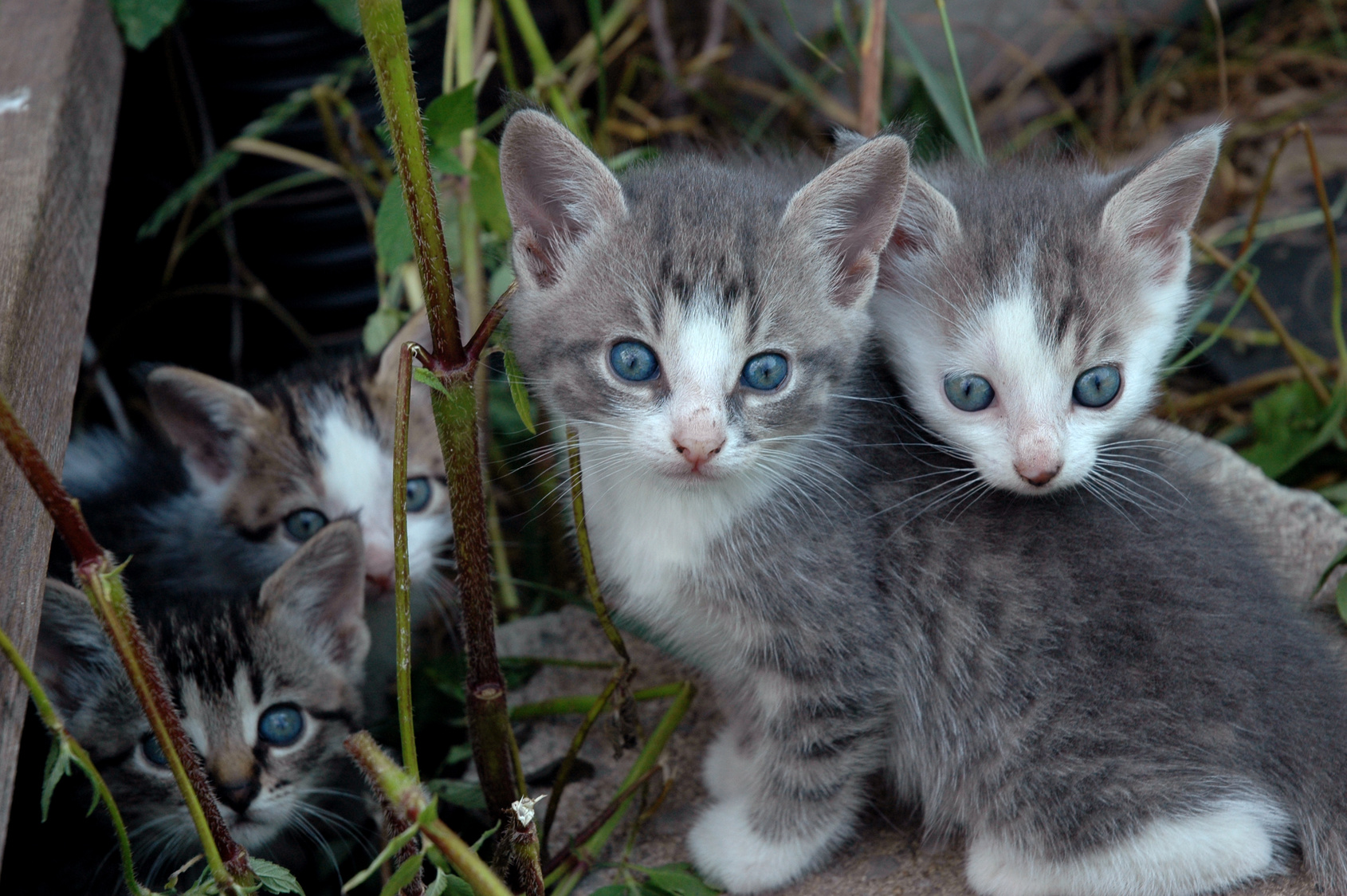 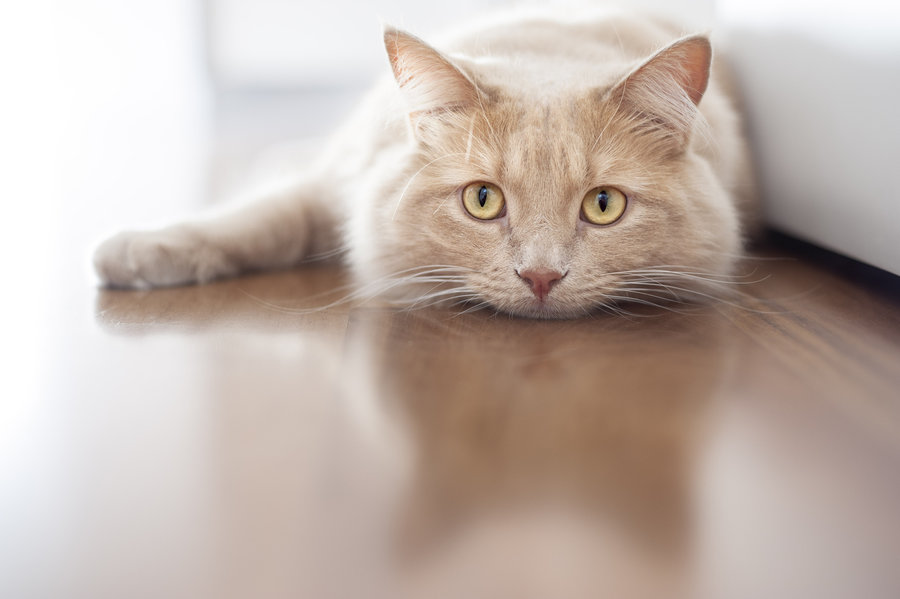 Why You Should Not Surrender Senior Cats To Shelters

35 year catdad said:
I was working on my house and kept hearing a kitten crying all day. It was trapped under the house next door and was dried up and looked half dead. I grabbed her from the busy street stumbling over to me....she looked like a small rat... rushed her home to feed bathe and rehabb the tiny tortoishell over about 3 months time and found her a home later.

Bless your heart!
I was working on my house and kept hearing a kitten crying all day. It was trapped under the house next door and was dried up and looked half dead. I grabbed her from the busy street stumbling over to me....she looked like a small rat... rushed her home to feed bathe and rehabb the tiny tortoishell over about 3 months time and found her a home later.
so CUTE! :purr:
A heart-warming article. I'm continually amazed at our members and the work they do to help cats all around the world. What a wonderful community!
Reading these stories made my heart melt.
I would like to catch up on these rescue stories that I have not read about yet. I am very familiar with Anubis and how @lallorona did fight so hard for this very special cat, Anubis, in great need for his life and she kept going with all her might to save him against all odds. Anubis has grown to be so handsome and his face radiates all that is good. To see Anubis so cared for and loved, I can't even put my joy into words. His story is the first featured here.