Introducing two adult cats to one another is never easy. If you researched the topic in advance, you’ll know it’s a long and challenging process. But what if you haven’t researched things and have gone about it the wrong way? What if you rushed the process, or worse, just put the two cats in a room together and hoped for the best? What can you do now to fix the unsuccessful introduction?

Why introductions are imperative

Cats are territorial animals. Even neutered cats – both male and female – are likely to experience a great amount of stress when confronted with a strange feline in their territory. A strange cat is a potential threat, and their instinct is to either run away or try and scare away the intruder. It’s a classic “fight or flight” scenario.

If you adopt a new cat and simply bring her home and place her in front of your resident cat, you’re basically creating a home invasion. Imagine how you would feel if you waltzed into the living room to find an entirely strange person just standing there?

Here’s what happens in the wild when a feline invades another’s territory. Once they make visual contact, the two cats will stare at each other and make threatening noises. They will adopt a threatening body posture to try and seem larger and scarier. Eventually, one of them may decide the other one is indeed too big and strong to try and take on. If that happens, that cat will try to back away and flee the area. Sometimes neither cat will run away, in which case a vicious fight will ensue, often for life or death.

Back to our kitties… Since both cats are confined to your home, the newcomer can’t really leave the area. This is a recipe for mayhem. If you’re very lucky, the cats may be too scared to actually attack one another, but even so, you have set the stage for a territorial feud that is likely to deteriorate into violent clashes whenever the cats get too close.

While eventually some cats learn to tolerate each other’s presence, the process is very stressful to all concerned. It can also be dangerous. Scared cats will fight tooth-and-claw to protect themselves and their territory. They can seriously hurt each other (and you, should you try to break up the fight with your bare hands).

We hope you’re convinced by now that the correct way to get two cats to live peacefully under the same roof must be quite different. Some form of introduction process is necessary. The older the cat, the longer and more elaborate the process.

How do you even introduce cats?

The key to introducing cats is to go slow and expose the cats to each other’s presence very gradually, using one sense at a time. There are many techniques you could use to implement this strategy, but the principles are the same –

If you’re reading this article and need to introduce – or possibly re-introduce – cats, please take a minute to read our full guide on how to successfully introduce cats. It has a full step-by-step plan on making the introductions the right way.

Why you can’t rush cat introductions

The gradual introduction is intended to change the cat’s natural behavior and help her tolerate the new arrival, and possibly even make a new friend. Whenever we try to modify feline behavior, patience is perhaps the most important ingredient.

Trying to change feline habits literally depends on a slow neurological process that takes place in the brain: disconnecting certain neurons and connecting others so that the newcomer is finally labeled as a “friend” rather than “foe”. Cats are creatures of habit, so changing the connections in the feline brain can take a long while.

You cannot rush the process by skipping stages or moving from one stage to the next before the cats are ready. Put the cats together in the same room too soon and you could soon be seeing fur flying. You have no choice but to work with both cats in a gradual manner.

How long does it take to fully introduce cats?

There is no single answer that covers all scenarios. As a rule of thumb, kittens are easier to introduce than adult cats – the younger the kitten, the faster the process. With cats that are older than 2-3 months, it can take anything from a few days to several months before you can safely allow the cats to share your home without supervision.

In the end, it’s also a question of the cats’ temperaments. Even the most disciplined introduction process will only take you so far if the cats are naturally shy or aggressive.

So how long does it take? Here’s a picture shared by our member @5starcathotel showing the moment when her 11-year-old cat Hobo finally shared a bed with another cat. It’s taken the cats a total of 14 months to get to that point in the process. Do you even have a problem on your hands?

Cat owners often bring a second cat home hoping to make life more interesting for their first feline friend. Carefully following the recommended steps of introduction, they finally have the two cats safely sharing the home with no cat fights.

The problem is the cats don’t seem to like each other. They don’t groom each other, play together or sleep cuddled up with one another. What went wrong?

Probably nothing. Even with the best of introductions, it’s entirely possible the cats may never become best friends. And that’s just fine. If you expected them to when you adopted the second cat, well then, the problem was with your expectations – not with the cats.

Think of it like this. Let’s say you’ve been living on your own in your apartment for several years. Suddenly, you are forced into taking in a new roommate. You’ve been properly introduced – no invasion – just a roommate sharing your living room, kitchen and bathroom. Sure, there’s a chance the new person may become your new best friend. It doesn’t always happen though. You’ll probably be relieved to just have a peaceful co-existence where everyone follows the rules and keeps a respectful distance from one another. It’s the same with cats – so set your expectations accordingly.

Still wondering about getting a second cat? Read this first – Your Second Cat: How To Choose The Best Friend For Kitty

But why are the cats fighting?

We often see questions by new members in the cat behavior forum about cats who have recently been introduced. A common question is: Are the cats fighting? It can sometimes be hard to tell if the cats are playing aggressively – as kittens often do – or whether are they actually fighting. To complicate things even further, it’s possible for one cat to initiate play-fighting only to have the other respond with genuine aggression.

If you suspect the cats may actually be fighting, look for telltale signs of fear-induced aggression –

When rough playing is one-sided and the other cat feels under attack, he or she is also likely to actively avoid contact with the perceived attacker. Observe the interaction between the cats and see if you can find a pattern.

Still not sure? Try to capture the interaction on video and post your video here in the cat behavior forum. Our experienced members may be able to help you figure out if this is play behavior or actual fighting.

To separate or not to separate?

If you’re sure that your cats are indeed fighting and putting each other at risk, it’s time to make some tough decisions. The cats not getting along could be the result of a rushed introduction process (or of skipping the introduction protocol entirely). It can also happen if the cats have been separated for a while and one cat fails to recognize the other.

Sometimes, the only solution is to separate the cats entirely and begin the process all over again. That means going through the gradual sense-by-sense introduction all over again. This is never an easy decision.

If you’re opting to re-introduce the cats, here’s the good news: The process should be easier and faster this time. When you first brought a new cat into your home, that cat had to adjust to you and to the environment, as well as to a new strange feline. Also, both cats are likely to be more relaxed this time around, as some familiarity has already been established.

When to give up

You may be sick and tired of your cats not getting along with each other to the point of wondering: Should you give up?

Consider the options for both cats – new and old. Do you happen to have a wonderful new home lined up for the new cat? If so, separating the cats may not be a bad idea. However, most of us would have a very difficult time rehoming an adult cat, so letting one of the cats go is usually not a viable solution.

Do not despair. While it’s true some cats will never truly get along and become friends, it is possible to achieve a peaceful co-existence. It can take months and even years for that to happen, but it will eventually. Read everything you can about living with more than one cat and share your story with us in the cat behavior forum. We’ll be there to help you until you’ll be the one to post a photo of your two cats sharing a bed! 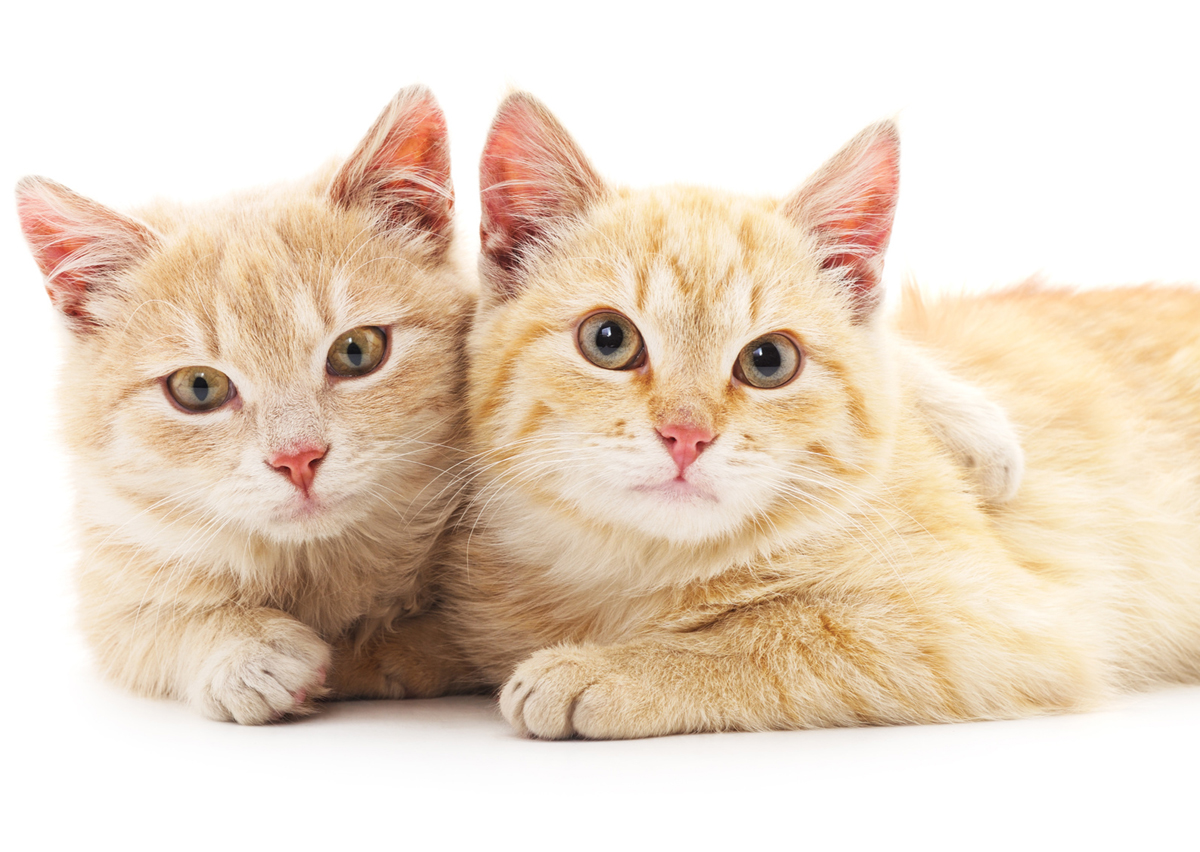 How To Successfully Introduce Cats: The Ultimate Guide 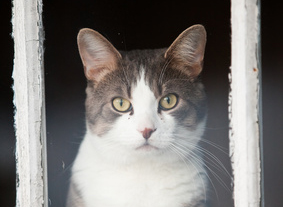 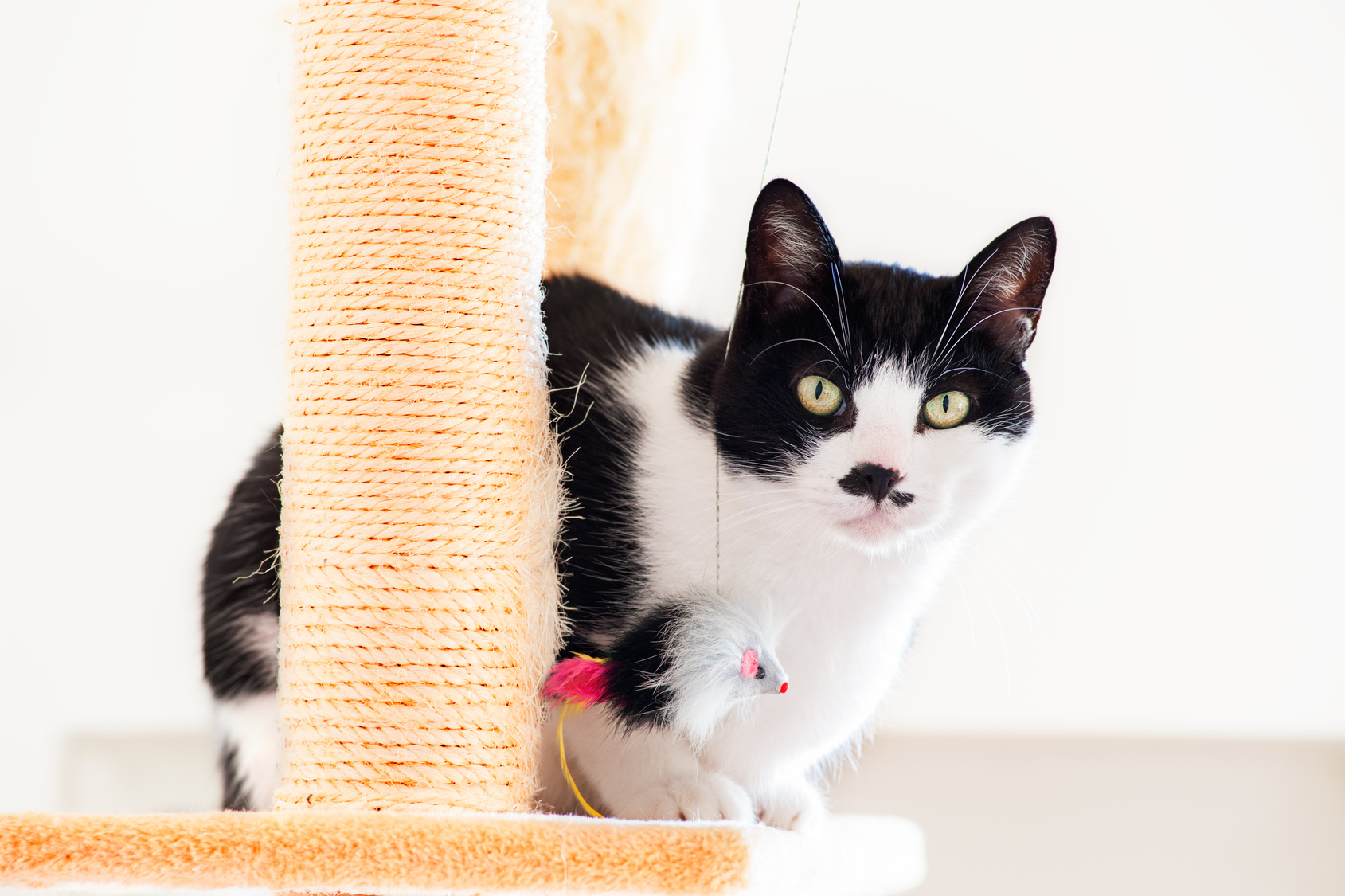 How To Stop Your Cat From Scratching The Furniture

5 comments on “How To Fix An Unsuccessful Cat Introduction”

Nicole, we'd like to invite you to register with the site and post your question in the appropriate forum, which would be https://thecatsite.com/forums/cat-behavior.5/ This might be helpful for you as well; https://thecatsite.com/forums/cat-behavior.5/
Help! I introduce an 8 week kitten to a 5.5 month old kitten...the wrong way. I am pretty sure the 5.5 month old thinks the 8 week kitten is a mouse - yes...he's a great mouser....cause he keeps going for her jugular. Today the 5.75 month old got neuteured. I don't have to worry about the younger one antagonizing him, cause though she's curious about him, she's scared of him. it would just be nice if we could put the 2 of them in one room, at the same time without the older one attempting to kill her. Any suggestions?

Hi! We'd like to invite you to register with The Cat Site, and then post your question in the appropriate forum. More members will see your question there and will provide you with advice and suggestions. Here is the forum; https://thecatsite.com/forums/cat-behavior.5/ Here is more information in case it's helpful; https://thecatsite.com/c/how-to-create-a-new-thread/

I definitely agree with the article, especially the part where it takes a LONG time for cats to accept each other. They may never become buddies, but they will become family and provide entertainment and companionship. My cats took over a year to accept each other, (two pairs of two blended together when we combined two houses). There are the occasional spats, but just as many between the paired two, I don't let any of them bully each other. I am after all, the Matriarch of my household!
I can't thank you enough for this article and have shared it massively to social media. Who knows the amount of safe, loving homes it will create for cats, and the instances of "hopeless" turning into "hopeful"?!