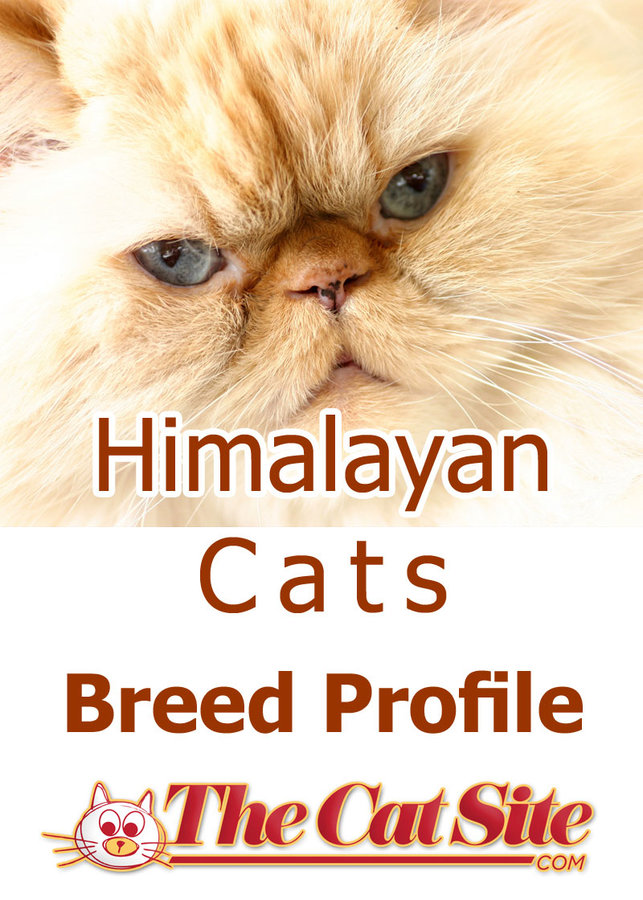 The Himalayan is one of the most popular breeds of cats. These longhair, blue-eyed beauties capture the eyes and hearts of cat lovers all over the world. Read on to learn about the history, look and care of Himalayan cats.

The Himalayan breed was started in 1930 by Dr. Clyde Keller, from The Harvard Medical School, and Virginia Cobb of Newton Cattery. They started out by breeding Siamese cats with Persian cats, trying to develop a long-haired, Persian-bodied cat with the color-points of the Siamese. They bred and crossbred until “Newton’s Debutante” was born. This cat was the first cat recognized as beginning the Himalayan Breed.

The breed was accepted by CFA in 1957 as a breed standard, and in the 1980’s it was merged with the Persian breed, listing them as a color variation of a Persian instead of a totally different breed. Now in order to breed CFA registered Himalayans, you must have a CFA Registered Persian and/or Himalayan for both the sire and the dam. No Siamese are allowed in the breeding line.

The Himalayan should have a round, massive head, attached to a thick short neck, with small round-tipped ears and large, round, wide-set eyes. The body should be medium to large, broad across the rump, with short, stubby legs and large round feet. The fur should be one of two types, either long and flowing, or medium-long and thick.

The eyes of the Himalayan should be blue, ranging from light, almost clear blue, to a vivid bright blue.

These cats, like their Persian blood-lines, are laid-back and calm. Very easygoing, cats that enjoy playing. Mine like the interactive toys such as DaBird, or one that I made by hand from a piece of fringed fabric taped to the end of a rod off a set of mini blinds. I can tire them out with one of these toys. Prior to bedtime this is a good plan, for then they sleep through the night and don’t wake me at odd hours.

Being laid-back cats does not however mean they are lazy. They simply view the world differently than most short-haired cats. For example, around my house, there are always short- haired kittens running around, for I do rescue work as well. These rescued kitties are always up to something. My Himalayans watch these kittens with what I liken to be amusement in their eyes. They can’t seem to figure out what all the fuss is about, with all the activity going on.

Babycakes and Yum (two of my Himalayans) are prone to what we refer to as “cat fits.” They run through the house at breakneck speeds for no apparent reason. But that’s about all they do. They don’t get into trouble just for the sake of stirring things up.

There are two health issues associated with Himalayans, both stemming from the extreme flat “pug” face that is so treasured by the show breeders right now. This subjects the cats to major breathing problems along with watery eyes. The shortened breathing tube makes it difficult for some of the cats to get good breath, and the tear ducts become compressed, causing the eyes to leak almost continuously.

These are not usually life-threatening problems. However, if you are thinking of buying or rescuing a Himalyan, the fact that their eyes and noses need to be wiped daily is something you need to be aware of. It becomes a part of the routine, just like combing and brushing their fur. It’s just part and parcel of the breed.

These beautifully colored kittens come into this world pure white or cream. They do not start developing the points for a couple of weeks, and then darken as they mature. The darkening of the points occurs due to the slight difference in temperature from the body to the extremities, a cooling of a couple of degrees, but it is enough to elicit this remarkable change in appearance.

While most kittens are ready to leave their mom at twelve-weeks, most Himalayans are not fully mature enough to leave mom until they reach sixteen-weeks of age. They do not appear to mature socially and emotionally as fast as their shorthaired and other purebred counterparts, but their sexual maturity develops at a normal pace. 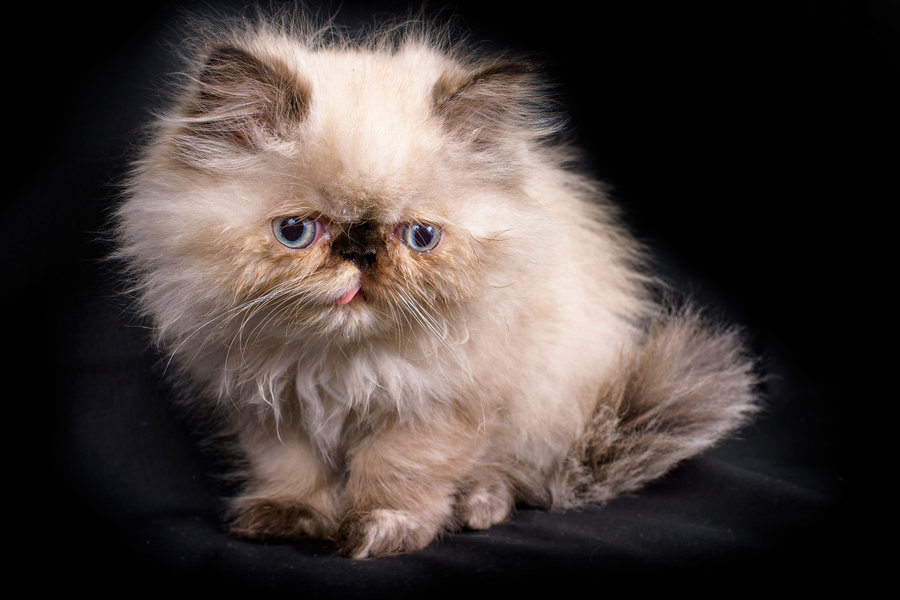 I bought my first male Himalayan in March of 1993. I purchased my female in August of the same year. My husband and I then spent the next ten years breeding and learning about these sweet animals. Over the years, we have collected a seal-point, a blue- point, a flame- point (red), and two torties.

Each of these animals has their own distinct personalities, and I would not trade any of them for the world. They are completely different from the short-haired stray cats of my childhood, but it’s a good difference! These wonderfully laid-back cats will allow you to do things other cats would object to. Small children can even lug them around, in that awkward way that children have about them, but as long as the child doesn’t hurt them, the cats don’t appear to care.

In the Spring of 2003 when I had to have surgery, I found that my cats were instrumental in making me feel better and lowering my blood pressure. I spent a week in bed, surrounded by their comfort, and they rarely left my side except to eat and use the litter pan. Once I recovered, they found other places to occupy themselves.

It is all these characteristics rolled up in one cat breed that makes me say, if I ever went back to do it over. I would pick the Himalayan every time. They have enhanced my life greatly!

Written by Cindy Ball
Cindy Ball, lives in Jasper, Alabama with her husband Charlie with her 5 Himmies and an ever-changing number of strays and feral cats that seem to find her, even as she finds homes for others. 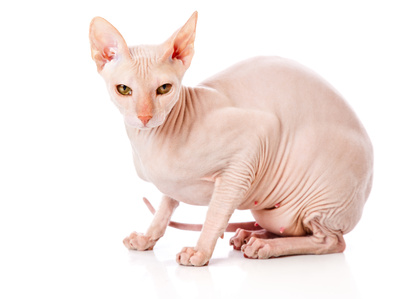 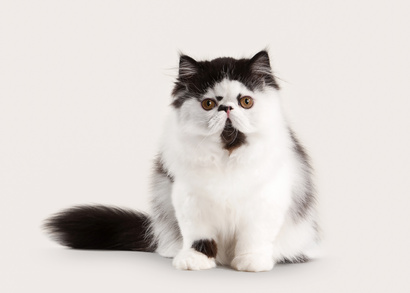 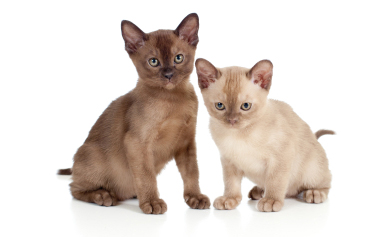