When the neighborhood cats took over our garden from our resident cats, we decided to adopt a young tom to claim back their territory. At the rescue, I immediately fell in love with a frightened feral kitten. He was a 6-month ginger tom. He and his mother and brother had been caught on the outskirts of our town, in the polder.

People had alarmed the rescue because the feral family had made a habit of raiding the dustbins and worrying the resident cats. They caught quite a number of ferals, neutered them all, and kept the kittens and young adults for rehoming. Most of them, if ever rehomed, would become farm cats.

I had no experience whatsoever with feral cats, but I didn't care, I loved him from the moment I set eyes on him. He was coming home with me. We kept him in a dog cage in the living room, so he could get used to us. Because he would stand on his hind legs to reach a bowl of food, any food, and wolfed it down before I could even put it down, we called him Jiskefet, which is Frisian for the dustbin. But that was the one and the only moment he would forget his fear of us when we had a bowl of food in our hands.

We expected we would need a lot of patience with this skittish little guy. But things turned out very differently.

Within a couple of days of his arrival, he developed cat flu. He was desperately ill, with a high fever and his eyes running with a yellow discharge. It was quite a challenge to give him his medication and wash out his eyes and put salve in them, but after a few days he seemed to understand we were trying to help him and he relaxed and seemed to be grateful we were treating him.

It was a miracle. Within weeks, our feral chap turned into my most loyal admirer, he worshipped the ground I walked on and followed me everywhere. At night, he would sleep on my bed and cuddle up to me as close as possible. If I was ill, he wouldn't leave my side. I jokingly called him my guardian angel. He truly was the light in my life.

Jiskefet loved the outdoors. He frequented the park on the other side of our street and would stay away for hours. He was a proficient hunter and would bring us lots of presents: mice, rats, moles, even wild rabbits. But I don't believe he ever ate any of this, himself, or else he was insatiable, for he always came home for his dinner.

For well over 2 years, we were the happiest cat slaves in the world. Then, late one Sunday night, the inevitable happened. The doorbell rang and a lady told us she had found him on the curb, killed by a car. Even though our street was very quiet, he had managed to cross just as a car was passing. He had broken his neck, but he was so beautiful as he lay there, so serene, and not a mark on him. The only proof of the accident was his flopping head when I picked him up to carry him home.

We put him in the living room and the other cats came in and walked over to him. It really looked like they were paying their respects to him, saying their final goodbyes. We buried him in the garden that same night.

The tears streamed down my face as we dug the grave and gently lowered him into the hole. But just as the first earth landed on his limp body, a curious thing happened. It was like a voice spoke inside my head. I knew, I simply knew, we had to be at a certain rescue, one we had never been to before, by 11 am the next morning.

When we got there, this abandoned cat sat on the window sill as if he was waiting for our arrival. He followed us around while we were viewing every single cat in the rescue, but we couldn't find the cat that touched my soul. My husband said: I think this cat has chosen us, and when I put down the carrier, he just walked in and gave me a head butt as if to say: close it. Then I knew he was meant for us, and we were meant for him. Jiskefet had chosen him.

To this day, I am convinced this was Jiskefet's farewell present. It was Jiskefet who told both me and Ricky to be ready for each other. Like a true guardian angel, he had found me a cat who needed my love and comfort as much as I needed his.

Written by jiskefet In October 2012 we held a writing contest focusing on feral cats as a theme. This is the winning story, submitted by our member jiskefet. 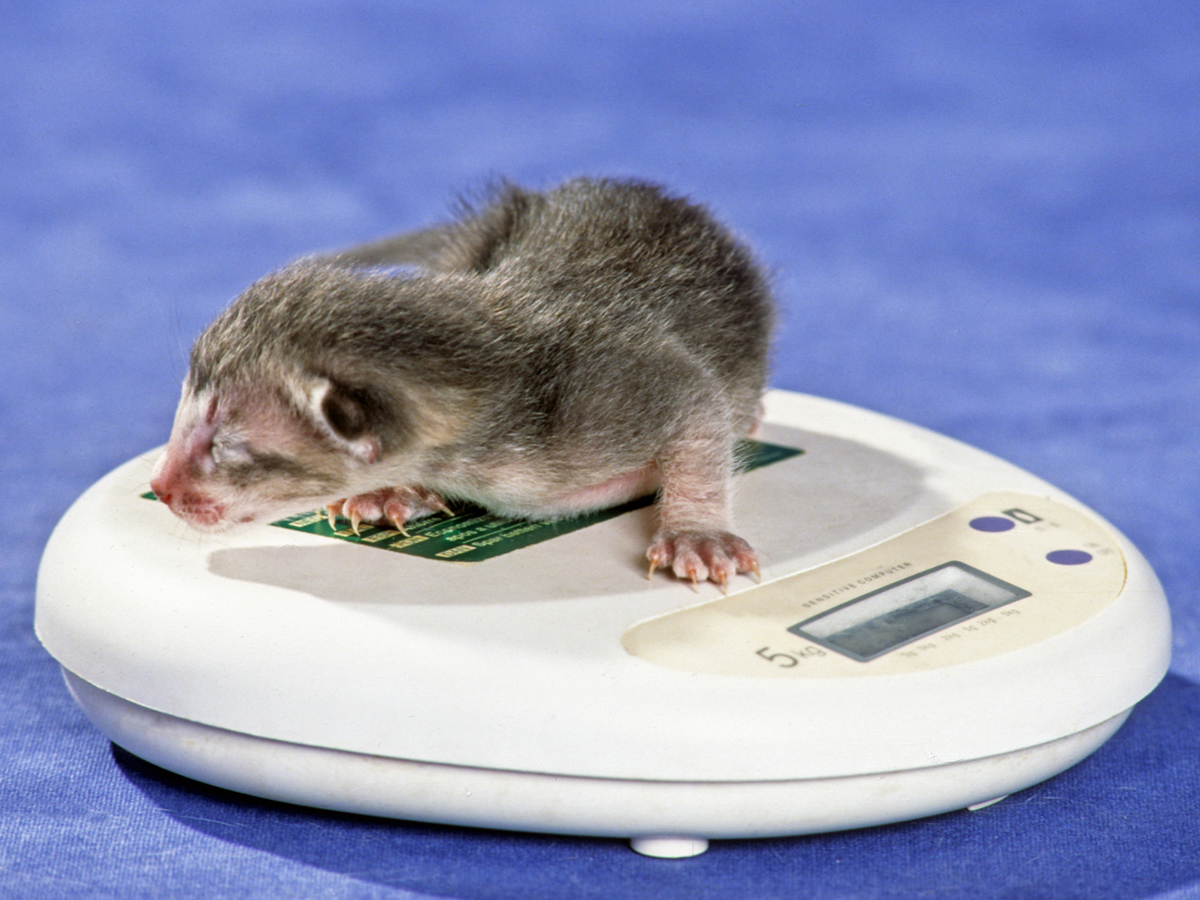 Weighing Newborn Kittens (and How This Could Save Their Lives) 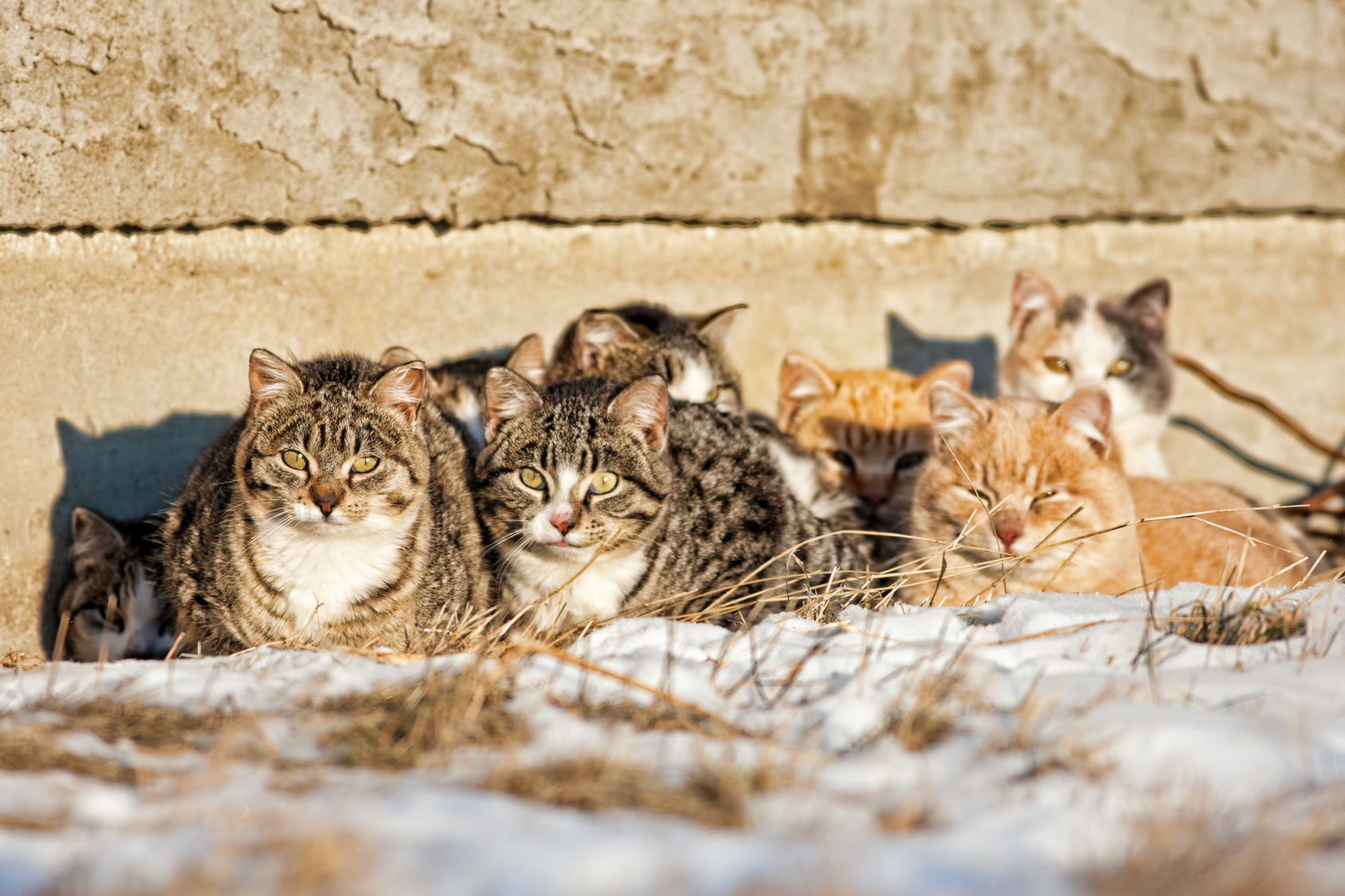 How To Help Feral Cats Stay Safe & Warm During Winter 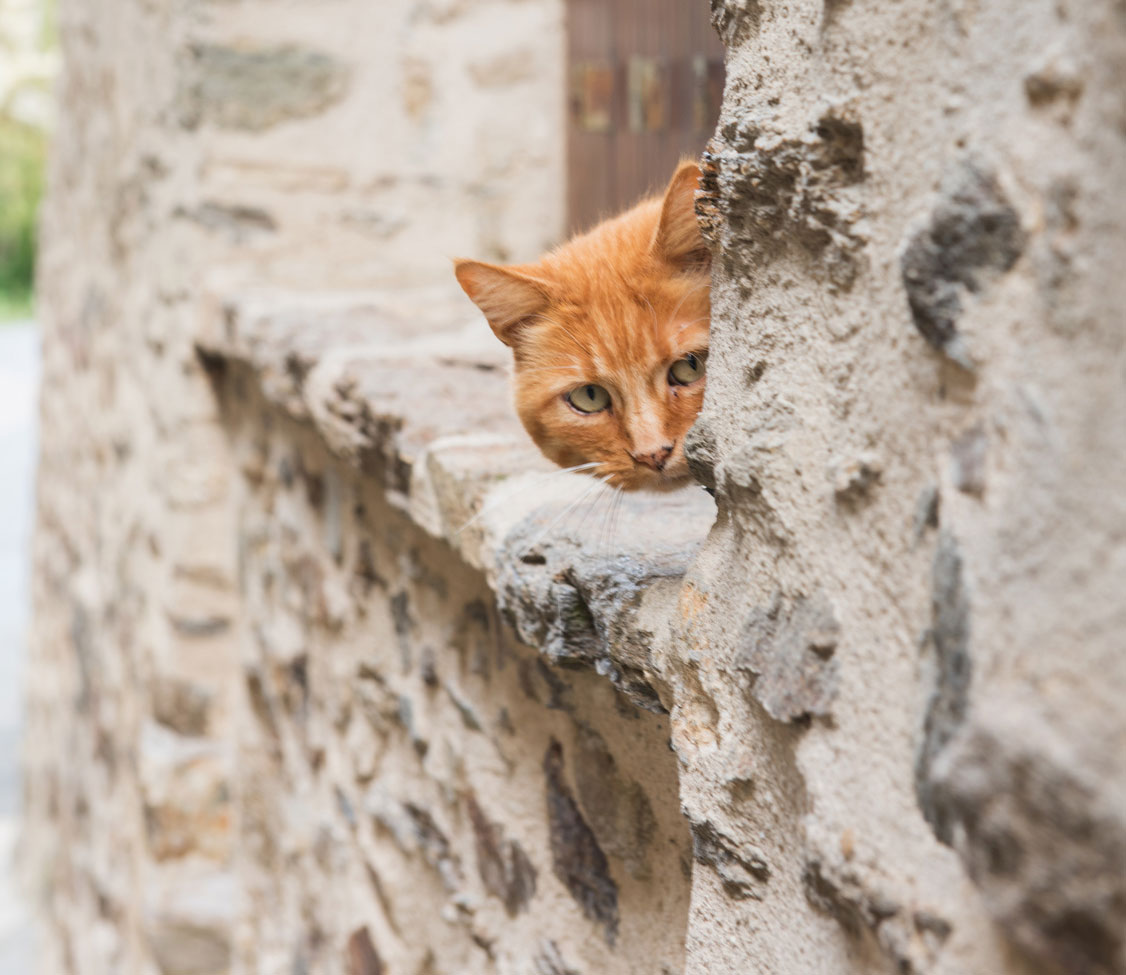 Quiz: What Do You Know About Feral Cats?

4 comments on “A Cat Called Dustbin”

[email protected], This story touched my deepest feelings for Feral Cats. I adopted one 2 years ago, who fit the same description as the kitties in this group. My cat was given to me at 10 weeks old, and was taken into my home with love and care, and all he wanted to eat. I have wondered about his quick temper, and not wanting to be touched. After reading these notes from cat lovers, I now understand the meaning of "Feral Cats: and their nature. I love my cat Sylvester, and have kept him inside and safe, He has escaped several times, but gets scared and runs back in the house. Sometimes the 'look on his face;' is scary, when he squints those yellow eyes pretending not to look at me. I will change a few things and let it be known if there are any changes in his behavior. I will for certain change my behavior after reading this chapter. Again, Thanks for the story. Liz Whitley
Such a sad and beautiful story
Ok, you made my cry.  Best stories can have a semi-sweet ending.
ugh! heart wrenching story, so beautiful!