I have a new kitten, his name is Teddy. He is currently 12 weeks old. I have known him since he was tiny, as my stepsister adopted a kitten, then a second similar aged kitten a month or two later to keep her company. She was told this kitten was another female, but he turned out to be a male, and they hit cat puberty and mated before they were due to be spayed/neutered (he was neutered, and she is booked in to be spayed this Tuesday). He came to live with me at 8 weeks. 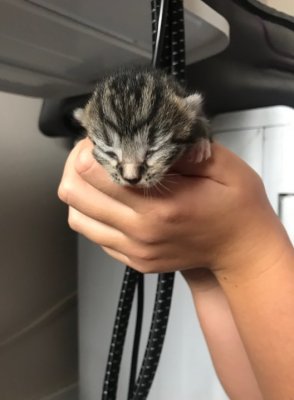 This is the first photo I was sent of Teddy, he was only a few days old. 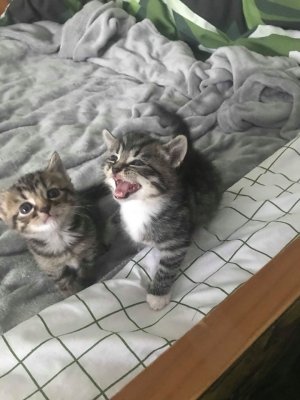 This is Teddy (the one with white paws) and his brother when they were about a month old. His brother was adopted along with their tortie sister. 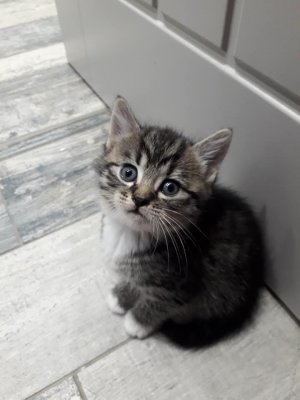 This is Teddy at just short of six weeks, when we first met. I chose him because he came over and licked me, and when I picked him up he climbed up onto my shoulder like a parrot (he still likes doing this). 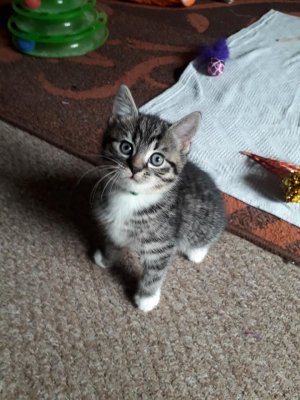 This is Teddy on his first day in my house, at 8 weeks old. 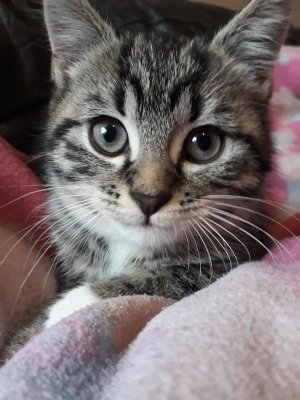 This is Teddy as he looks now, this photo was taken a few days ago.

Oh my heart! Such a cute honeybun.

Awwwww Teddy, I think I love your kitten