i still remember you , with love 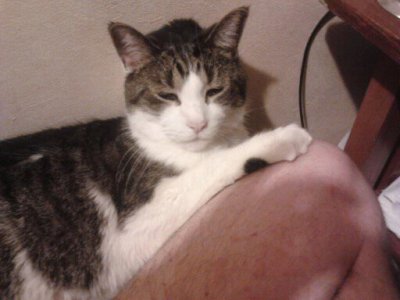 my cats legolas and strider 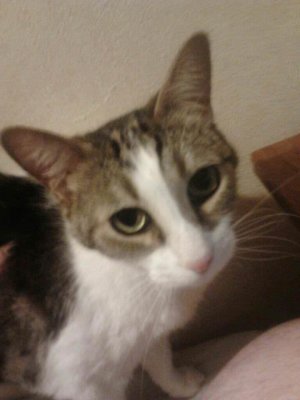 We've lost two of our four most recent kitties. Rico, top right, died a year ago at the young age of 11 from lymphoma, and Hannah, bottom right photo, left us two years ago, old age and kidney issues at the age of 16.

We still have Zoe at the top left and Ozzy, bottom left, both of them almost 12 years old, still healthy, thankfully. This was my boy Tik. He was my hubby's first heart cat. We still miss him and always will. I have too many to post pictures, but I carry each and every one of them in my heart and will never forget them. At the top of my list are Miss Muffet, my first cat, and my sassy Chrissy, my soul mate.........

Cabernet (Cabbie), my first cat. I was allergic to cats when I first met her as a summer boarder in my friends’ place. This one wanted to hear nothing of it and bonded with me that first night she came home. After two weeks of misery, I got over my cat allergies and haven’t been afflicted since. Cabbie would later become my cat when my friend and his fiancée had to move to a studio apartment in the city that wouldn’t take animals. Cabbie always loved me best anyway. 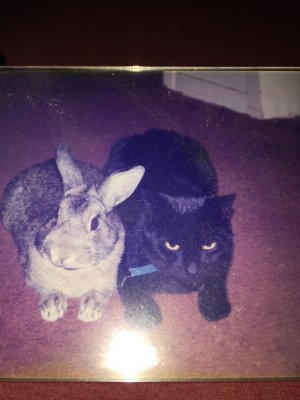 Sage was my friends’ bunny. There was quite an animal menagerie in that house before graduation and life carried its tenants and animals in different directions.

And there’s “Buddy” (aka “OC”, orange cat) who was a stray at my apartment complex in the weeks after Krista passed when I desperately wanted to stand up for this guy but also was in too much pain to take a new cat so soon. I fed him on my porch and he would follow me around the apartment community like a well-behaved dog. A neighbor who was already at her cat limit on her lease ended up taking him in. I have seen him a few times since when he’s gotten out and not supposed to be out. Each time he would come to me or my place and put on a homeless act. I fell for it once. Trapped him and almost got him adopted out through a rescue. But I learned from Nextdoor that he wasn’t homeless and now I know which neighbor is owned by him. I still wonder about him. As much as I’d like to see him again, not seeing him means he’s warm in a home and taken care of. 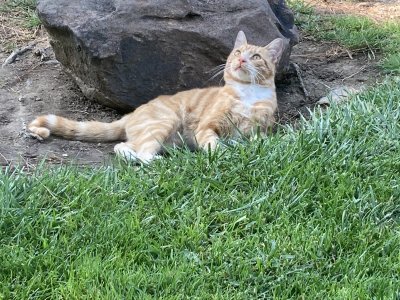 And finally, my heart and soul cat, Krista. It’s been almost a year since she passed and not a day probably not even an hour goes by without my thoughts circling back to her. I don’t know that more words or more media about any another cat have been shared on this site. This is the earliest video I have of her. Two years old here. Days after I rescued her.
View media item 423447And one of the latest. She’s 15 here.
View media item 423040She will be forever loved and forever missed.

This is our cat Cassie, she lived a very full life with us, for over 19 years! We adopted, her as a kitten from the local Humane Society. She wasn't a fan of dogs, but, she was not scared of them, either. Cassie was, without a doubt, the world's GREATEST mouser. My Goodness, Cassie, we miss you.