Peanut has severe weakness in his hindquarters and very little motor control. He cannot jump up onto things, and when he rubs against you he will bounce off and fall over due to his lack of control over his back half.

He will settle down in your lap for pets, but cannot remain still — his backside is constantly twitching and he’s always rearranging himself. He likes to be stretched out, as that seems to be the most comfortable position for him. 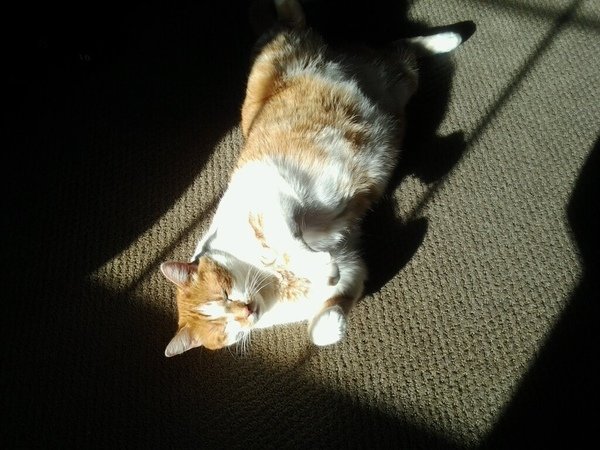 How did Peanut become a special needs cat?

That’s anyone’s best guess, honestly… It could have been an illness that left him brain-damaged, or he could have been stepped on / kicked by a horse as a kitten. The vet thinks it was most likely an illness since one of his littermates acts the same way but to a far lesser degree. She is still alive and well at the farm!

What special care does Peanut need? He doesn’t require much, actually! I have to pick him up and put him places if he wants to go up, such as on the bed or on his window perch. He makes it quite clear when he wants up, too!

How did he become our cat?

Peanut is my buddy. I adopted him from my parents’ barn when I saw that he wasn’t walking properly and was cross-eyed. We have been through a lot together, including an episode where he very nearly died due to eating the ribbon off of a trashcan — that involved a lot of vet visits, a lot of procedures, me giving him shots and fluids, and almost having him PTS before we found out what he’d gotten into!

I don’t mind having to pick him up to put him where he wants to go. He is a very, very sweet cat and is always happy to curl up in my lap for attention. He is affectionate with my husband and me but tends to be shy around strangers. He is very definitely ‘our cat’, but most especially, he’s my cat.

Join us in the forums to learn more about cat care.

Orangeishcat is the owner who shares the story of Peanut, this sweet cat with weakened hindquarters. 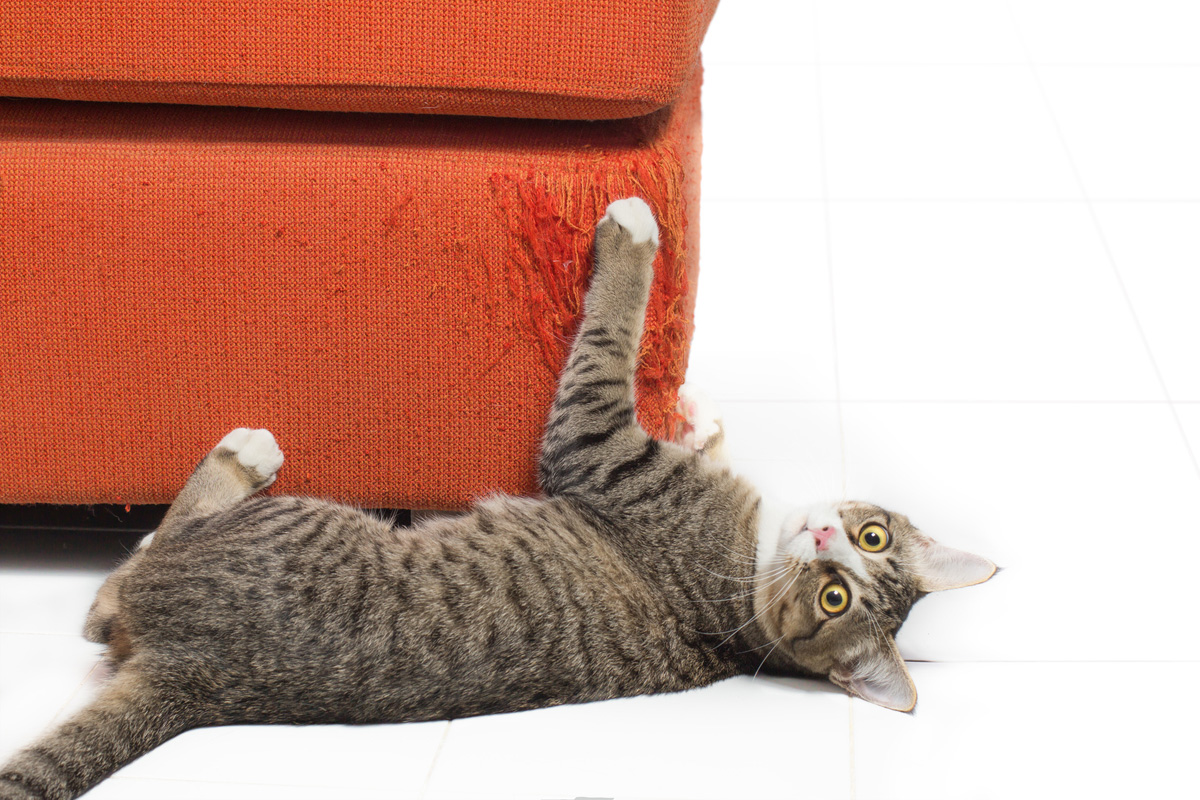 23 Proven Ways To Stop A Cat From Scratching Furniture 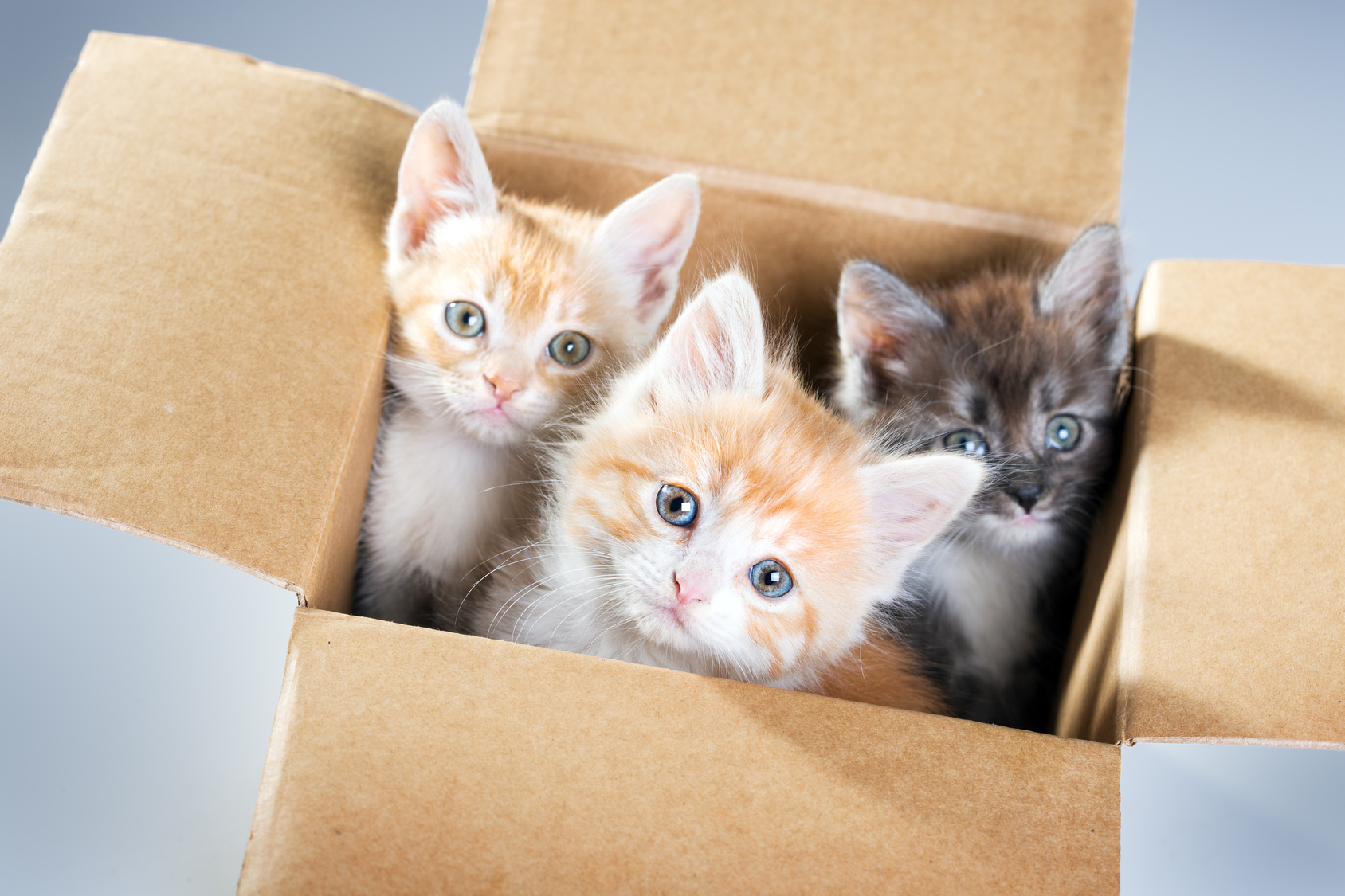 Why You Should Spay And Neuter Your Cats 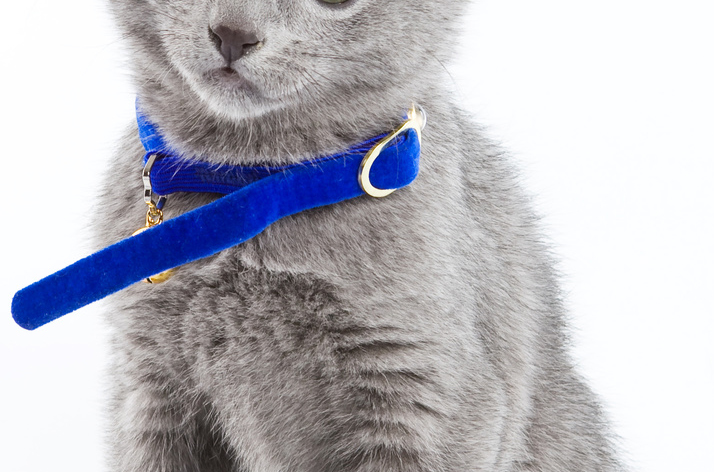 my cat doesnt twitch tho and isnt cross eyed, so maybe he was kicked or stepped on. but im sure he will manage just fine lots of tlc
my cat has that same problem. vet said that it was because her mother was a stray and didnt get enough nutrition so her motor skills didnt develop correctly, but they will live just as long as any other cat and have healthy happy lives. just no stairs and never let outside because he cannot run away from predators or cars he needs to be safe inside. and it isnt a genetic thing either my special cat got prego by a young cat we recued who we thought was a female and she had 4 babies that have no problem what so ever. dad was neutered. whats strange is she walked alot better when she was fat and prego then she is thin.
he is adorable!!