Are you thinking of adding another furry addition to your household? Of course, there are always concerns when considering a new pet, especially if that pet is another species. You want the best for your four-legged companions, and you don't want to do anything that could potentially be dangerous to them or the new addition. Do cats and ferrets get along? We've scoured the internet and have some great information for you!

Cats and ferrets can get along when kept together as pets. Though it is definitely doable to have both pets safely, you should consider your cat's temperament before introducing a ferret. You know your cat; if they are aggressive and have a strong predatory instinct, it's best not to try introducing a ferret or any other small animal. Even with a docile cat, make sure to introduce the pets in a gradual way. These two creatures often play well with each other, but it is important not just to throw them together and leave them unattended.

Now that we've established cats and ferrets can get along, let's go into all the details. We want you to be well-informed before leaping a cat and ferret ownership, so continue reading for all the best tips! 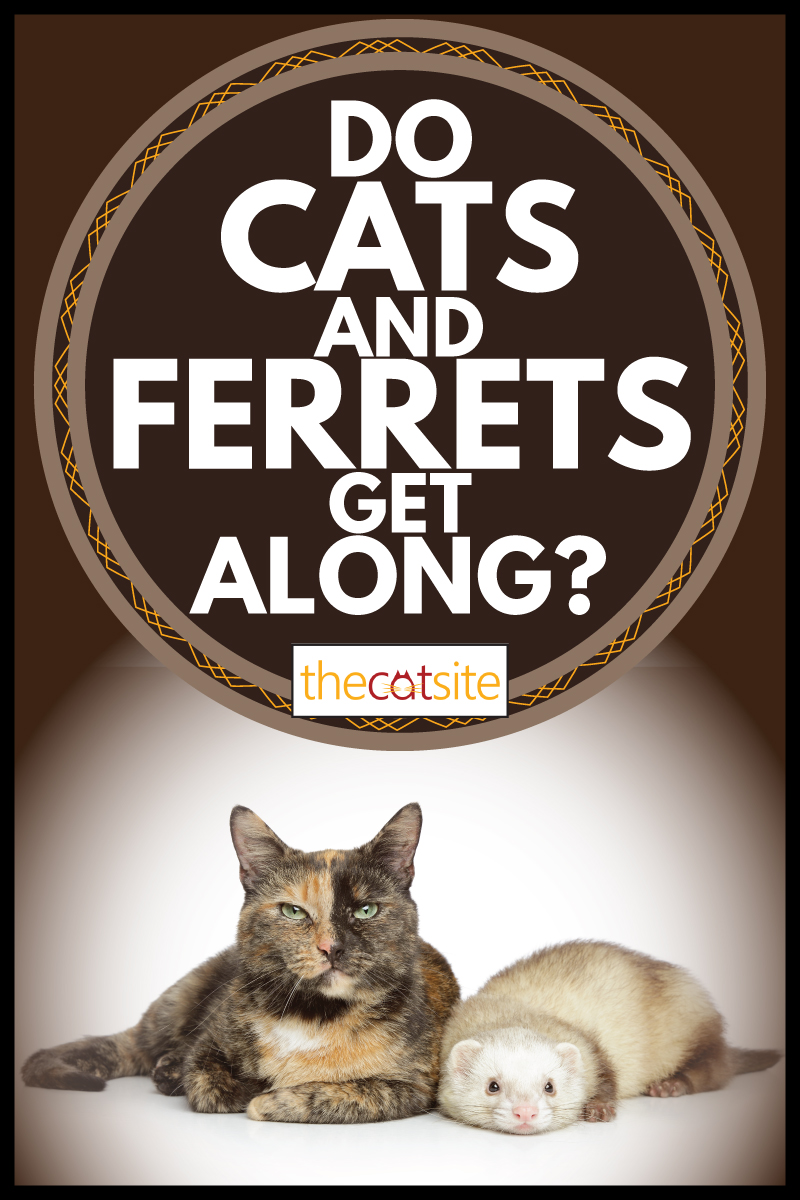 How to Safely Introduce a Cat and a Ferret

The most important part of introducing a cat and a ferret is to be patient. Don't get frustrated if it takes some time, and come to terms with the idea it could take many monitored interactions before they are comfortable with one another. Follow these steps to ensure safety:

1. Start by allowing your cat to meet the ferret while it is safe in its cage

This is such an important first step. Acknowledge this could be stressful for your pets, and ensure you are close at hand to swoop in if necessary. Allow your cat to sniff the ferret and its habitat. They can interact well enough to get used to the scent of each other.

If the cat or ferret shows any outward signs of aggression, end the interaction to instill the idea that hostile interaction is not tolerated. Repeat this step as many times as necessary until both pets seem comfortable. Don't skimp on this step are first impressions can make or break a relationship.

View this ferret cage on Amazon.

2. Allow your cat to smell and interact with the ferret while you are holding it

While gently, yet not too loosely, holding your ferret, allow the cat to sniff the ferret and vice versa. This step is best completed with someone else in the room who could intervene if necessary and grab the cat. As with the previous step, repeat as necessary until the two seem friendly or unimpressed with each other.

3. Let both animals interact hands-off with the ferret on a leash

Allowing your pets to interact while keeping one of them on a leash ensures they don't dart away from you and into dangerous situations. This allows them to play almost unencumbered. Complete several "play" sessions in this manner before moving on to the next step. Playful nips and kicks can soon become aggressive, so try to know your pets well enough to know when things are getting serious.

View this leash on Amazon.

Let the ferret and the cat interact freely but under strict supervision. Ferrets can definitely hold their own against a cat, so watch for aggression from both creatures. Keep these sessions short at first, gradually allowing hours of fun (if all goes as planned)! The safest approach is never to allow these two to interact without someone close at hand to intervene if necessary.

Instagram user, Ferret Rules, has several ferrets and a cat; they all seem to tolerate each other quite well!

Tips for Helping Cats and Ferrets Get Along

If your cat and ferret don't get along and you've followed the introduction steps slowly and thoroughly, there are some additional things you can do.

Ensure each animal has a space to call "theirs," such as a location up high the cat can reach but not the ferret, or a slim tube the ferret can fit into but the cat cannot. This ensures they both have a space in which to feel safe and avoid harassment from the other. Furthermore, ensure the pets not only have their own space but their own toys as well. Don't insist they share.

View this tube on Amazon.

Feed your cat and ferret separately to reduce any food-related aggression. The animalistic instinct of protecting food can make any tentative relationship turn sour in seconds. Additionally, don't dole out treats when the cat and ferret are in each other's presence.

View this ferret food on Amazon.

If at all possible, introduce your cat and ferret when they are both fairly young, so as they grow and mature, they are used to each other's presence.

Here's a wonderful video about a family of ferrets adopting an orphan kitten! Now she thinks she IS a ferret.

What to Do When Your Cat and Ferret Don't Get Along

If your cat and ferret absolutely do not get along to the point of danger, you might have to keep them separate permanently. This is still possible, though the logistics can be difficult.

Not only will your critters need separate spaces, but those spaces will also have to be inaccessible to the other pet. Ferrets are very intelligent and can open some latches and doors, so ensure all safety measures are in place to keep pets separate.

If you do have to keep your pets completely separate, ensure you are allotting enough time for both. It can be difficult to do, but if you have committed to a new pet, you must ensure no one is neglected. Please don't leave the ferret alone in their cage all day. Consider sectioning off an area with a barrier between them, as with this animal corral.

View this pen on Amazon.

Though we know cats and ferrets could likely jump these walls, it does help to establish boundaries.

Before you completely throw in the towel on getting your pets companionable, revisit the steps listed above and spend more time on each. You'd be surprised what patience can do. Keep in mind some pets just have different personalities and take longer to accept a new family member.

This post on Reddit discusses some of the difficulties experienced with stubborn cats. User, e8odie, laments living with a cat that takes months to warm up to other pets, saying, "The best it's been between the two of them most recently is that they're mostly ok around each other as long as they're both in an open area."

Will a Cat Hurt or Kill a Ferret?

Generally, a cat won't hurt or kill a ferret. Although ferrets are smaller than most cats, they do not behave like prey. Ferrets are predators just as cats are. They jump around and make odd noises and will attack if threatened. Ferrets do play as young kittens do, nipping and biting, and have sharp teeth. The ferret is just as likely to hurt and kill a cat as a cat is likely to hurt or kill them. Ferrets are predators and act as such, which is one of the reasons why these two pets can generally get along.

There are lots of real-world examples of cats and ferrets interacting! Our member, Willowy, added some expertise on our forum, "I had ferrets, and they played with the younger cats, probably too pesty for older cats though (the ferrets were in a room with a baby gate, so the cats could avoid them if they wanted). I would worry more about the cats than the ferrets unless the ferret is very old or sick, or the cat is extremely predatory. Ferrets are sharp-toothed little weasels and not afraid of anything."

Is it Good for a Cat to Have a Companion?

Although cats are generally thought of as solitary creatures, it is good for a cat to have a companion. Although you are their human companion, another animal allows mental stimulation and play that you simply can't provide. If you notice behavioral changes in your cat, such as litter box issues, eating too much or too little, or being more destructive, it could be that your pet would benefit from a companion.

An article on The Dodo tells the story of a disabled cat and her best friend, who just happens to be a ferret. Read about their story here.

Even though it is healthy for your cat to have a companion, don't worry; your cat still loves you.

Here's another wonderful cat and ferret story. Meet Peach, the kitten raised by ferrets, parrots, and other animals!

Such a cute blended family!

Cats and ferrets can most definitely get along. All it takes on your part is an abundance of patience and love for all your furry friends. Don't skimp on introductions and stay vigilant. Keep their food separate, and don't favor one over the other. Your household will be harmonious and full of play in no time!

Thinking of getting a dog instead of a ferret? Read our article about how to safely introduce a dog and cat here!

How To Choose The Best Toy For Your Cat 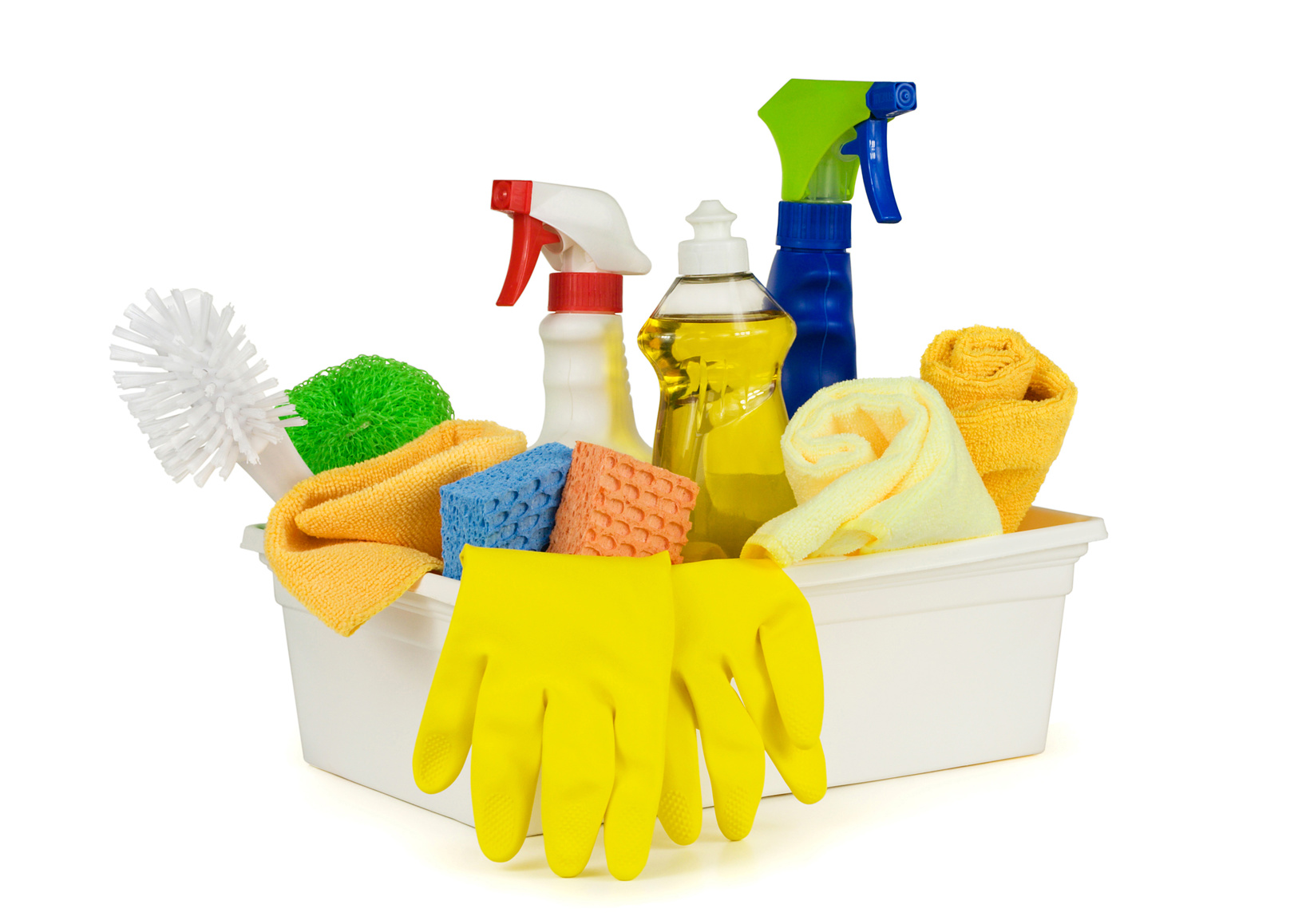 How to Successfully Combat Cat Urine

Where To Find A Kitten

3 comments on “Do Cats and Ferrets Get Along? [Here’s how to make that work]”

>>introduce your cat and ferret when they are both fairly young, This is terrible advice. Ferrets have been known to kill kittens, whether accidentally because ferrets play rough with each other and have tougher skin and sharp teeth, or because their prey drive kicked in and they made a kill bite. Wait until the kitten is old enough to be able to jump up and away from the ferret. Ferrets are quicker than a human can step in and separate the two, and this could end tragically.
It's really a total crapshoot. I've had cats that hated the ferrets. Ferrets that wanted to hunt the cats. Ferrets rehomed to me for trying to eat kittens. The ones that get along like to chase each other around but not really play like wrestle. The main issues I've had is the cats stealing the ferrets food and the ferrets grabbing the cats and needing to be physically separated. Ferrets are tough and bite hard. Supervision is key.
Another thoughtful article. Very interesting and helpful. There has been some discussion in our house about adding a ferret and i am going to share this information. Thank You!