I have some good news. The manager is not going to evict me. She will let me and my four personal cats stay until the lease is up at the end of July. So at least my four cats and I will not be homeless. She told me I do have to get rid of the colony cats or she will have them removed. So now that I am not worried about being homeless myself, I can focus on them, because I have a lot of sweat, tears and love invested in these kitties.

I’m glad you are able to stay for now. How many cats? I’d give anything if you could find a little business or piece of land that someone owns where you could work with the colony at the pace required.

My dream is to have a cat sanctuary. I need to start buying some Lotto tickets.

OK, a bit of excellent news, you are safe for now, and we can concentrate on the ferals! 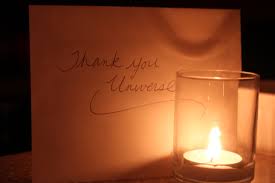 OK...long shot. This is The Catz Meow Share and Care group on Facebook. The main group, simply The Catz Meow, is a transport group, but this offshoot deals with all things relating to personal pets, or cats you have an ongoing relationship with. They may have some ideas, as well!

Have you looked into an organization called RAIN (Rescuing Animals In Need)? There just might be one in your area. Here in Central Florida, they address dealing with ferals and are continually soliciting (and getting) support from farm owners or rural home owners to take on these poor kitties.

I'll check that out feebyOwner. In my experience growing up on a farm, cats don't live long there unless they have someone who really likes cats. My grandmother always had a bunch of them, because people would dump them on her farm. They would get killed off by fox or coyotes. City cats are easy prey.

I might have a foster for Sophia! Crossing my fingers it works out. I am hoping things are moving along okay.

Positive thoughts for Sophia! Praying this will become his forever home.

Any leads on finding a more accommodating place to stay that would allow you to relocate your group? Seems that would be the ideal solution. I'm concerned as it does take time to find good homes & you'll be moving 4 months? I think that is why many are suggestion rescue groups. I know you want each to have the best forever home available, but getting them in a safer location is a good back plan due to time constraints.

Sending positive thoughts for each & every kitty & for you. The love & care you're providing is amazing.

Zepsmom, typically rescue groups do not help with adult cats who need work to become adoptable. At least not in Houston. I think people misunderstand how rescue groups work. Many of them are comprised of volunteers who foster animals. Individually someone might be willing to help. But usually the first priority for fosters is kittens, who are easier to tame and get adopted. The groups are overwhelmed with requests for help. And they have to turn people with kittens away. I have worked with a rescue group and they have helped all the cats who were considered adoptable. These cats need fosters. There are a lot of nice people here who foster animals, but not enough. And the fosters usually have all the animals they can handle already. There is a high population of animals in Southern states because of the climate. And if you took these kitties to a shelter, they would be killed. There few no-kill shelters have waiting list for years or only take in cats from kill shelters. They can not help. The only way I know how to get help for these kitties is to find individuals willing to help. Perhaps there are rescue groups in Northern States where the cat population is not as big that help, but not here. I think people think rescue groups are supposed to take care of things. But rescue groups are just groups of individuals and there are not enough of them.

I have found a possible apartment for me and my four cats, but I can not relocate the colony there. I am a low income person and I can not afford to rent a house.

A sanctuary location is needed in both our cases. I wish someone would allow ou the use a a piece of safe land! Maybe rent cheap on a tiny house with a piece of land. Anyone have anything like that near her? She’s be a good caretaker of the place!

Jcatbird said:
A sanctuary location is needed in both our cases. I wish someone would allow ou the use a a piece of safe land! Maybe rent cheap on a tiny house with a piece of land. Anyone have anything like that near her? She’s be a good caretaker of the place!
Click to expand...

Yes! We need a sanctuary like they have in California, Cat House on the Kings.

I am sure you already reached out to Friends For Life, but if you haven't it would seem they have a fairly large network of contacts in the Houston area. I was hoping maybe they have some contacts they could refer you to that could help you hunt down some sort of sanctuary in nearby areas.

FeebysOwner said:
I am sure you already reached out to Friends For Life, but if you haven't it would seem they have a fairly large network of contacts in the Houston area. I was hoping maybe they have some contacts they could refer you to that could help you hunt down some sort of sanctuary in nearby areas.
Click to expand...

Yes, I have tried them, no luck.
Z

Surya my interaction with rescues has been quite limited. I have discovered many only accept/pull animals from shelters. I understand they can't accept every animal, but its disappointing when individuals like yourself really need resources to move forward. You're doing all you can on your own. Keeping praying for a solution.

Z ZepMom Yes, because these groups work very hard to save as many lives as possible, and pulling from ACCs is absolutely the best way to do that. I've found that small grassroots (local) rescues, often consisting of just a few people, tend to be more focused on neighborhood/community/street/stray/feral/free-roaming cats who haven't made it to ACCs (and should never do so because they are usually deemed "unadoptable", though that is changing, but slowly). Doing searches online for these small rescues in one's location can often yield successful results. One thing to know, though, is that "kitten season" is either ongoing or about to start, depending on climatic conditions. So "make hay while the sun shines" as they say, everyone in this situation.