For those of you who don't follow us on facebook, several days ago we took Jake to another vet to get his opinion on him since he is a little weirdo. He agreed that he is very odd, albeit adorable. He agrees that the eyes are cataracts and as of right now he obviously isn't a good candidate for the surgery, he said that he does appear to have some vision because he appears to react to movements close to his face so the optic nerve seems to still be in tact. He said he seems to have a LOT of congenital defects... his cataracts, his size, his weird feet, his front legs are also shorter than his back so he walks a little hunch backed. It is hard to know what else is physically wrong with him... he said maybe a spinal deformity but we would need to do an xray, hernias, any kind of organ deformities are also likely, though his heart sounds great. He said it is likely that his lifespan will be significantly shorted. We decided that he wouldn't make a good candidate for adoption and decided to make him a sanctuary kitten and keep him here with us.
He has had diarrhea since we switched him from plain goats milk to the goats milk mixed with canned food. I was giving a bit of time for him to adjust, then we also gave him wormer and I had been mixing probiotics in with his food but it didn't subside so I started him on Albon. He has been gaining good... almost 8oz!
Then yesterday morning everything changed.
I woke up to him crying which is not abnormal. I got up and went to warm up his food. When I sat down to feed him I found him laying cold and stiff in his crate. He was crashing, hard. I started to break down but started crash protocol and got him on a heating pad, and got karo syrup on his gums and started giving him fluids. Within the hour he perked up a tiny bit and crawled over and snuggled into my hand. Within three hours he was consistently holding his head up and moving a bit more and he took a little bit of food. I monitored him all day and fed him a little bit of food (3-6mls) every hourish. I gave him toltrazuril because I figured if his diarrhea was coming from coccidia it would react much quicker to that. He still has diarrhea but his last two poops last night were much more formed. I had to work tonight which I hate, but Kyle will wake up every two hours and check on him and feed him. I worry about a rebound crash. I am not sure if it was a blood sugar drop... or I wasn't hydrating enough with his diarrhea... or anything that may be abnormal because we don't know a lot about him.... its hard to say.
He was much more energetic and looking so much better last night though... I am hopeful. Ugh.

Poor little Jake. Hope things went ok during the night. Update us when you can.

Wow. You are such a strong woman.
I just wanted to say thank you, you have a lot on your plate all year round, but still take the time to update us here. And the things you do for these kitties! I'm in awe, and I wanted you to know that you, and all of you beautiful people here on TCS, have given me a lot of strength, and knowledge, and the courage to do more.
Keep at it, and I hope weirdo Jake can pull through, he's adorable!

Hoping for a good outcome for sweet little Jake.

How is Jake doing this morning? Thank you for your quick reactions to bring him around.

Unfortunately Jake rebound crashed this morning sometime after Kyle left to cone pick me up. He held on long enough for me to get home and say goodbye, but he was already too far gone he was doing so well. It was such a blessing to know him and to have been a part of his life. He gave me an extra day with him and I will always cherish that.

Sweet little Jake, you were well loved & will be remembered.

Rest you gentle, Little Jake, dream you deep. Your tiny life touched more hearts that you even know existed. You are mourned.

Aww, poor Jake. He just had too many issues. Sweet little guy! Thank for your efforts with him!

I mentioned a while back that I got a feral mom and 4 babies from one of my colonies.... mom has been great, no discharge or sneezing, perfect poops, eating and drinking. So imagine my shock to find that she randomly has passed away this evening. I have a huge 40 cat spay trip tomorrow and will be out of town all day so now her 2-3 week old kittens are going to have to go with me and I will have to figure it out I guess. Ugh. Why is this happening? they were in their own room away from everyone. What a shock! She may have had low calcium or a heart problem.

It will work out. Just feed them every 2-3 hours and keep them warm. You know the drill.

Poor babies losing their mama, but they sure are cute and look healthy!

OH NO! Poor mama. Poor babies. But goodness knows what she had gone through before coming to you? Heart issues? Very possible. OR calcium deficiency, as

Sarthur2 said. Those would have been my guesses, as well. I am more than thankful that this little family landed in your capable hands before Mama died, leaving orphaned kittens to die alone somewhere. I imagine your care allowed her to hang on long enough for the babies to open their eyes and get those crucial first days with Mama.

Rest you gentle, Sweet Mama, dream you deep. You will be remembered.

I know I have been a bit absent lately, it has been crazy busy. Please take a moment to read this guy's story and share!
Help Save Winslow!

HUH, I responded to this, and it didn't show up! You should see my post on Winslow's page though.

Good to see you here again. I was a bit worried!

Newest adventure.... Tips For Living With A Blind Cat?
Sorry for the inactivity!

I know how crazy things are for you, but you are missed!

Missed you guys! Popping back in to update you guys! A while back I merged my group (which was just me and a few fosters really) with Appalachian Peace Paws Rescue! We are full swing into kitten season, I hope to be more active again! I have two moms with newborns right now, a blind feral cat, and this morning I took 4 bottle babies! Eyes not opened yet, I think they are around 10 days old based on weight and things. They have been eating well so fingers crossed for them! 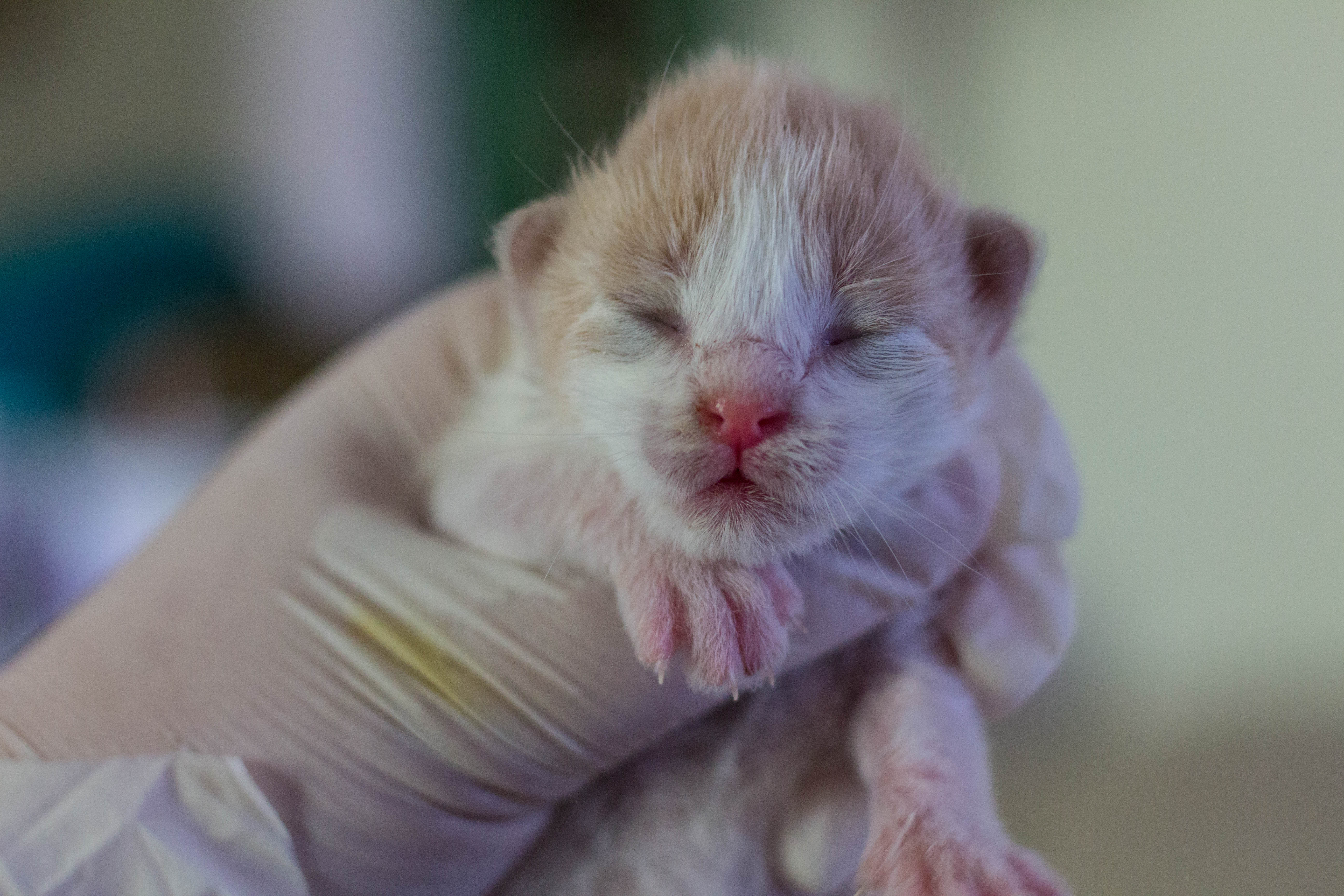 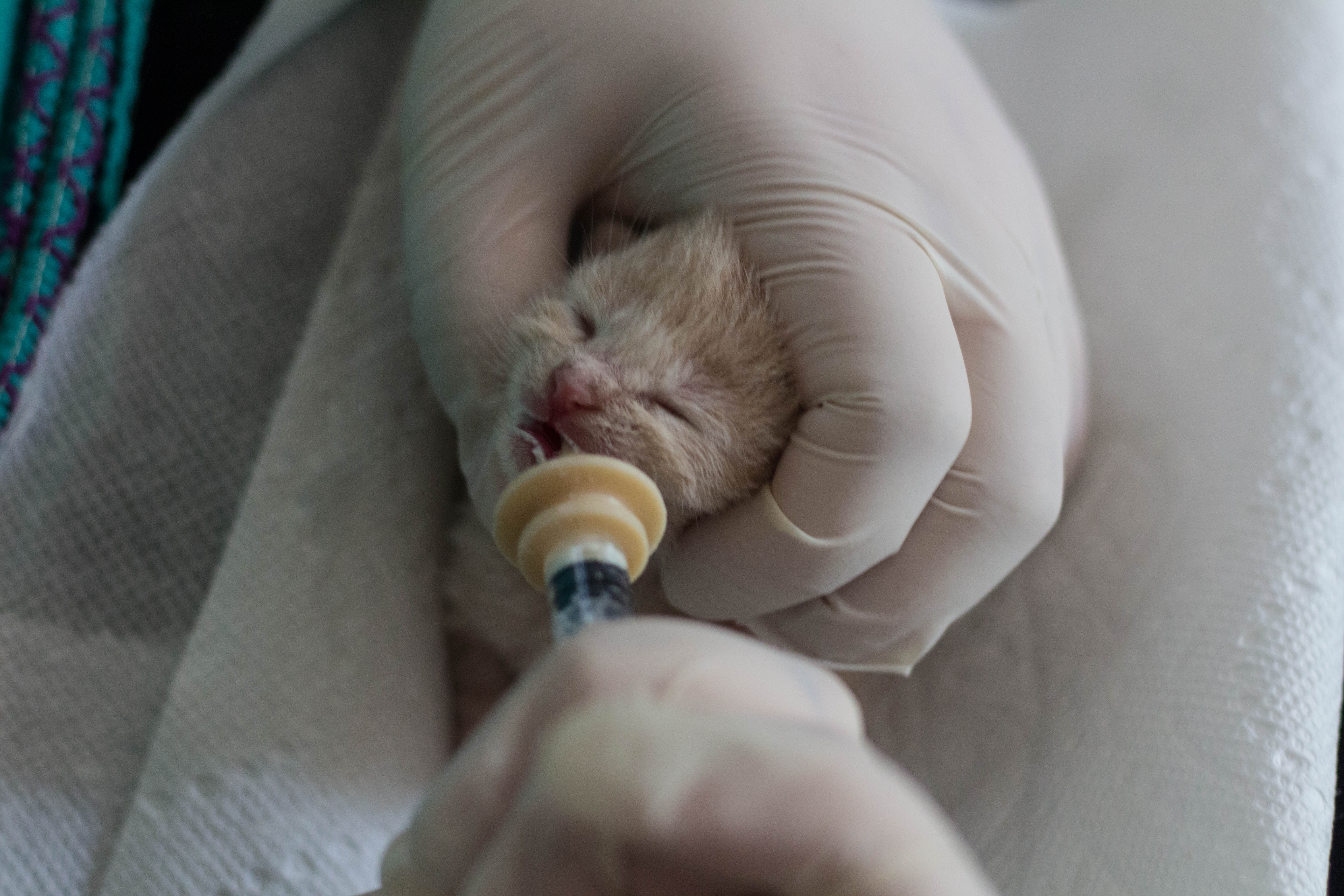 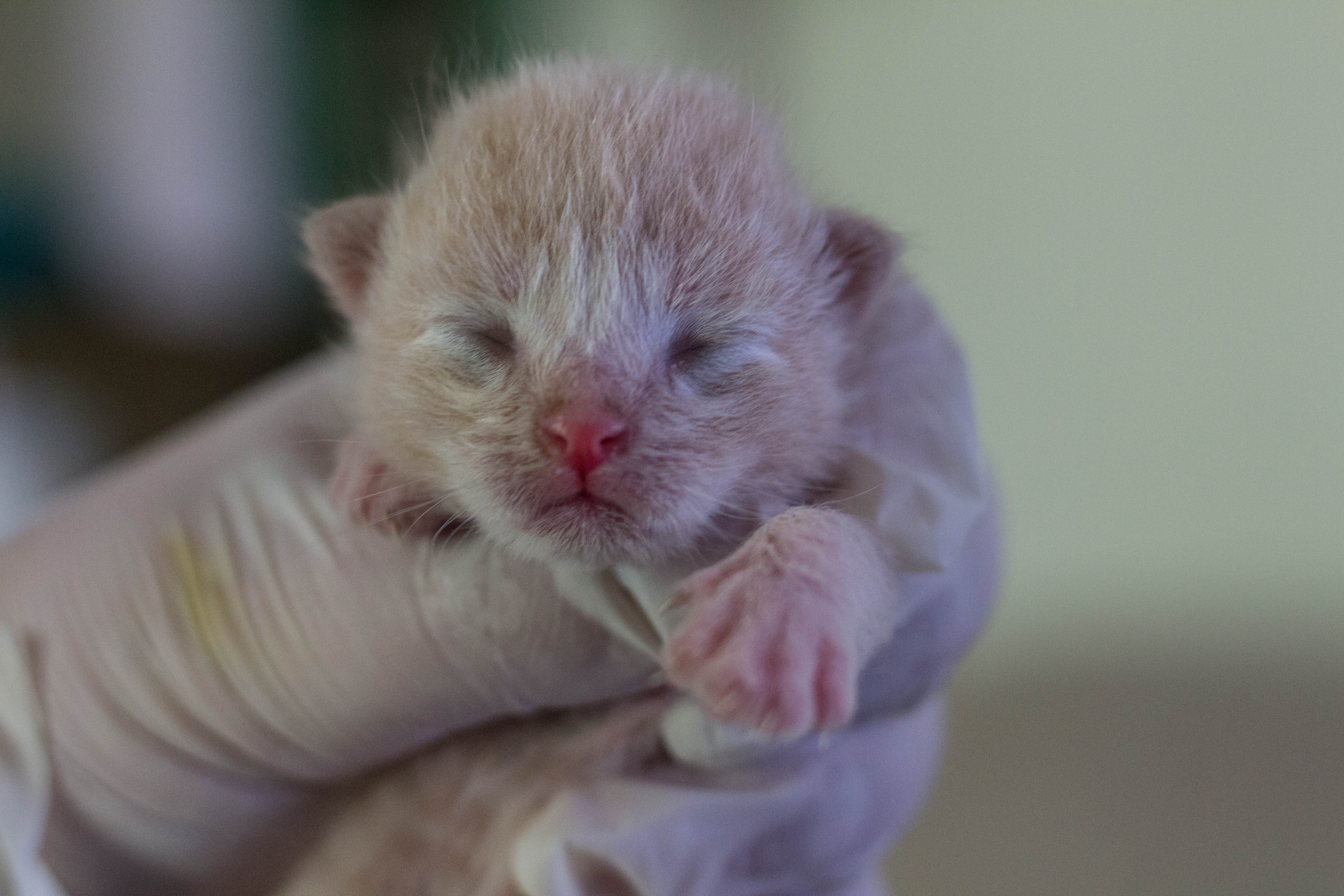 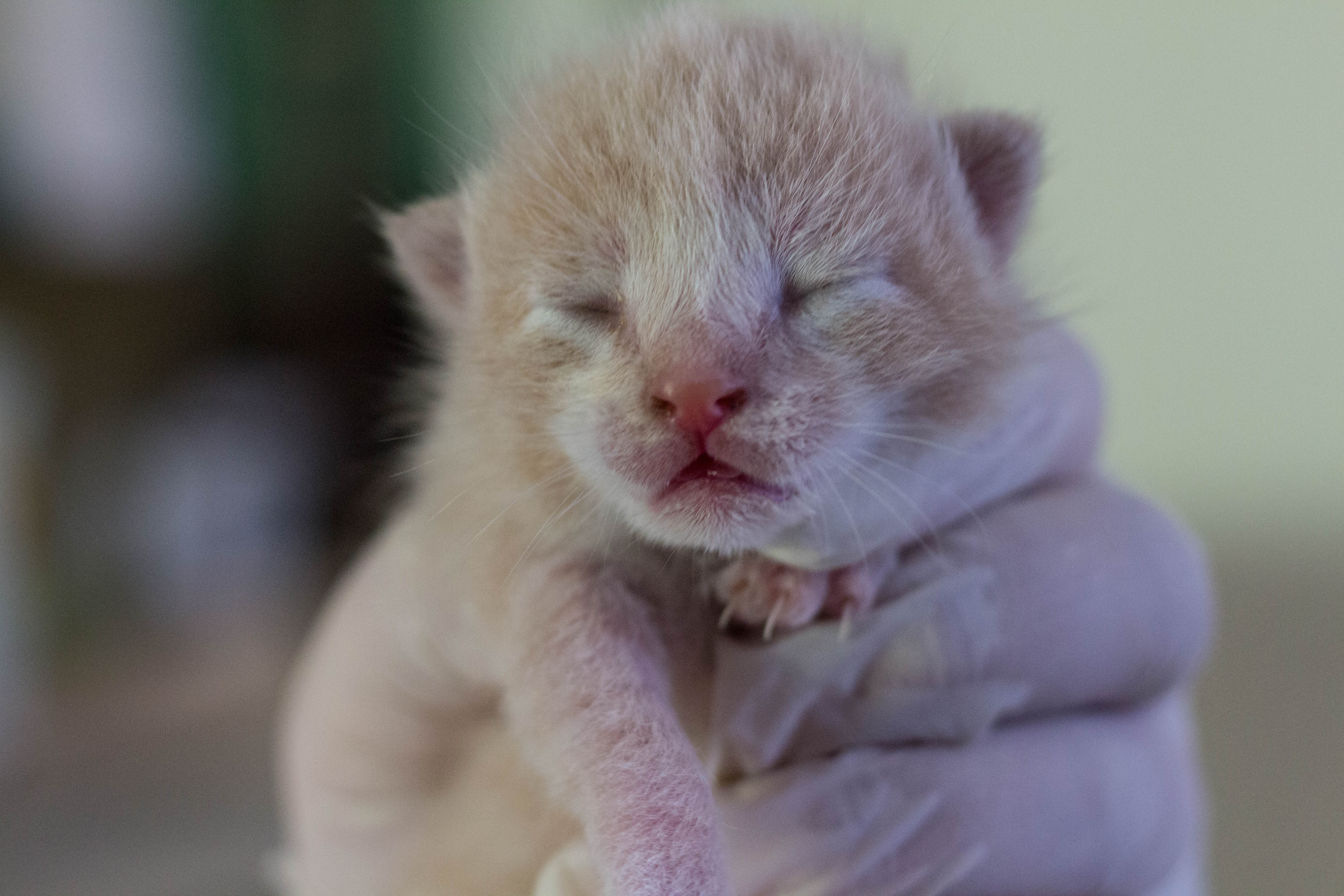 Since joining with Appalachian Peace Paws Rescue, I am now part of an official nonprofit. I get grants for my TNR work. I get a lot of support (from the group and the community). We have a pretty great bunch of fosters and have over 90 animals in fostercare!