Meet Leo, my first kitten ever!

I wanted to finally introduce you to the kitten you all helped preparing me for his arrival! When I joined this community, I pretty much knew nothing about cats, let alone kitten care. You all helped me so much and thanks to you I can give this amazing fur-ball an amazing life! When I picked him up it was emotional. The seller really did her best giving him everything he needed. I could tell how much she loved him and was attached to him in particular. We promised to keep in touch

Today marks 1 week since I brought my kitten to my apartment. It's been a crazy week with a lot of experiences and I wish I had a GoPro on my head the entire time when I needed to capture certain moments. I am taking lots of videos and photos and I promise you this is a very special kitten, he is so interesting and I love watching him develop. His Birthday is December 28th, 2020

I am proud to introduce you to Leo Isn't he absolutely adorable? Leo and his litter-mates at about 2.5 weeks Leo and his litter-mates going to town We have a boy ♂ What a model with ocean blues haha Me holding 2 day old Leo and not even feeling his weight. It was so precious, I will never forget that moment.

I wanted to thank you all for helping me for the past couple of months with preparing for Leo to come home and teaching me everything I needed to know to have a shot at a decent start for the both of us.

I am very happy and I never imagined to be this consumed by this experience. I really really really did not expect to care this much.

This is amazing. Thank you

Nice pictures of a beautiful kitten!

Nice pics of mom and kittens, too!
M

Nice pics of mom and kittens, too!
Click to expand...

Thank you very much. I feel very blessed

Leo is an adorable kitten and I look forward to seeing him grow.

Look at that cute little face!

Welcome to you and Leo!

What a gorgeous kitten! I look forward to many years of photos in the future. Look how much he has changed in just a few weeks. A beautiful boy! Just prepare yourself for an energetic kitten always on the go, getting into everything. That will change as he learns to restrain himself. In a few years, he will not get off the couch much! Cherish these early days full of excitement and learning for both of you! 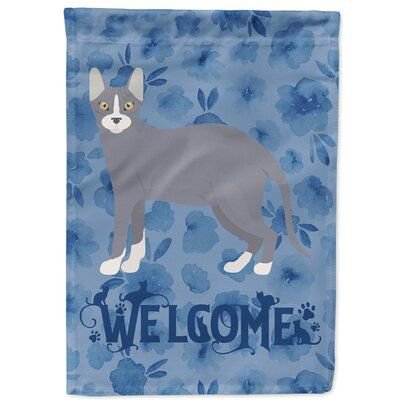 Leo, you are a cutie

OMG He's adorable! And that's quite an impressive cat bed you've got for him.

Norachan said:
And that's quite an impressive cat bed you've got for him.
Click to expand...

Kitten love is the best, enjoy your precious Leo and we'll be looking forward to lots of pics.

Thank you all for the love and help again. I am happy I finally got to share my little fur-ball with you. Yes he is SUPER energetic and LOVES entering spaces he has no business in lol.

I hope it doesn't hurt our bonding experience when I (sometimes) forcibly remove him from certain areas and sometimes just close doors or barricade him in certain rooms while he is meowing begging for me to let him in or out. I just can't trust him roaming around all night by himself considering what he is always up to and certain rooms are not Leo-friendly yet haha.

The force removal only happens when he gores to truly dangerous spots I had no idea existed and he is holding on for dear life trying to get away and then it takes a while until he warms up to me again.

I play certain games and make him walk on me and be near me so there is a positive association with my touch after I restrict him from something.

He LOVED his cat carrier from day 1 and slept/played in it without me having to get him to like it and even after multiple stays in it against his will when I had to leave the apartment or leave him in it overnight. Thing is, as he is discovering other places to hang out and sleep in and with every day I put him in it, he seems to like it less and then sometimes he likes it as if nothing happened.

He seems to have learned not to do certain things but for the most part he can be very inquisitive and vocal. I don't get what he is trying to communicate to me more than half the time. Sometimes he begs me to give him attention and trying to climb me, only to squirm or run away when I pick him up and try to pet him or let him near me. I believe the seller played with him using her hands a lot, because she wasn't very knowledgeable and instead of treating the kitten as a breeder, she was acting more like a child so now I need to get him to stop biting me and everything else and it isn't easy.

I love him very much and I hope that the methods I use to discipline and train him prove effective and keep our bond strong.