They are growing so fast I especially love the pic with your dog. They are so cute I just want to cuddle them all

SO CUTE I GOTTA SCREAM

Time for another dose of kitten cuteness... 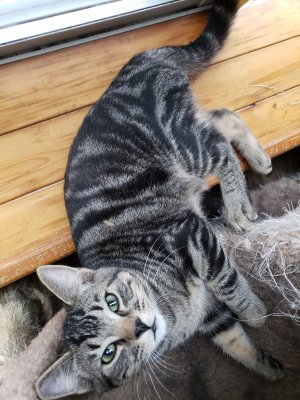 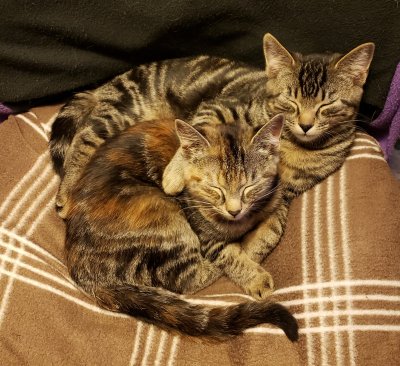 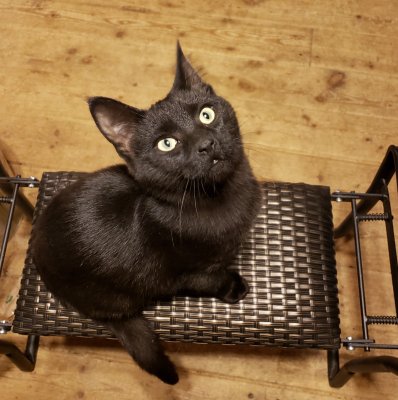 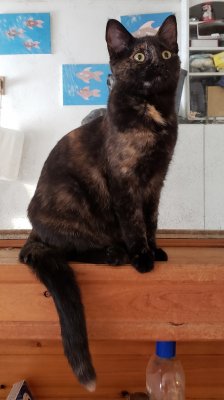 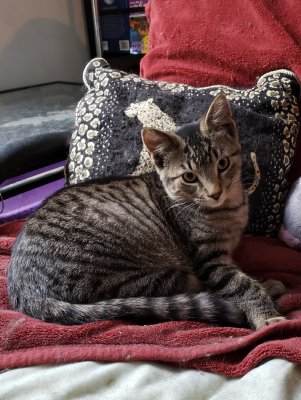 Hello My Friends
You have a lovely kitty family. I have toyed with the thought of fostering cats, but as in your case I think I would have a terrible time parting with them.
Jack

Jack B said:
Hello My Friends
You have a lovely kitty family. I have toyed with the thought of fostering cats, but as in your case I think I would have a terrible time parting with them.
Jack
Click to expand...

These are just the kittens, I have 9 other full grown cats

. The idea was we would care for them then rehome them when they were old enough. I already kinda knew going in that I wasn't going to be able to let them go, but I was surprised my husband agreed to keep them. The only real issue now is getting them all fixed, we don't have low cost spay and neuter clinics here so it wont be cheap.

This Article on spay/neuter costs may have some helpful information for you: How Much Does It Cost To Get A Cat Fixed – Cat Articles

neely said:
This Article on spay/neuter costs may have some helpful information for you: How Much Does It Cost To Get A Cat Fixed – Cat Articles
Click to expand...

Not really, I know I have to get them fixed and why, but I am in rural northern Alberta Canada, I could find a cheaper spay/neuter clinic if I went down to the capitol, roughly 4+ hours drive away. That means I would also have to find a hotel to allow me to keep the kittens at, and either do all 5 at once or take multiple trips. So in the end it really wouldn't be much if at all cheaper. The only spay and neuter programs up here are for the natives on reserves, everyone else has to pay full price at vet clinics, so roughly 150-200 each for the males and around 200-300 each for females.

The kittens turned 6 month on Feb 19 so I took the boys to get neutered on Monday. Two of them (Brownie and Draco) were cryptorchid (each had a retain testicle) so that was a "fun" bank account drain

, so much for getting the boys done first because it would be cheaper.

The vet gives a discount if you bring 3 or more animals at once, so if they were "normal" then 3 neuters would have been cheaper then two spays. They are all healing and doing well now though. They are big boys, Brownie 4.6kg (10 lb), Draco 3.7kg (8 lb), and Marble 4.4kg (9.7 lb). I'll get the girls spayed hopefully in the next couple months, when my bank account recovers.

Here are some photos of them chilling after surgery. 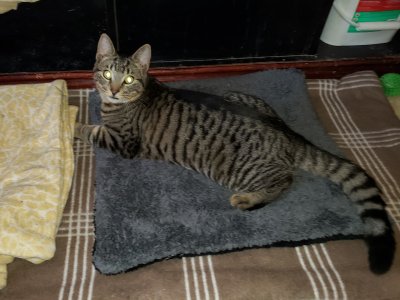 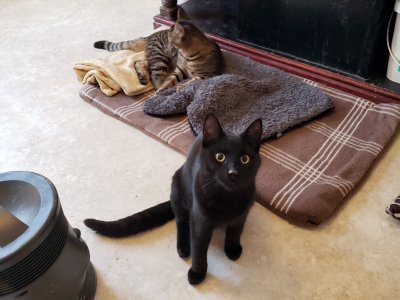 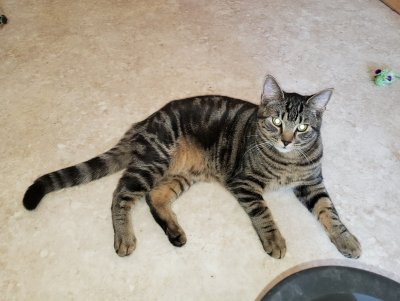