For The Little Paw That Imprinted My Heart.

For the small paw that imprinted my heart


I found Boris when he was just 1 hour old, his mother rejected him and his brother was dead. He was the smallest kitten I have ever seen, weighting only 70 grams.

I took him home, and for the first few days I fed him with an eye dropper and kept him on a heating pad all the time. He was purring non stop, never heard a kitten so young purr like Boris did.

Waking up every two hours throughout the night was hard but seeing him thrive made it seem easier. At only 5 days he got sick, he was having diarrhea. He was dehydrated. I treated him with Pedialyte, few drops of mint tea and rice water. He got better. I started celebrating every step of the way: when he got to 100 grams, when he opened his eyes, when he started to respond to my voice, when he got to 200 grams, when he took his first wobbly steps. Everything was a celebration. I was his world, his comfort and he was my healer since this year was so hard on me.

One day I noticed that he was heavy breathing so I rushed him to the vet, to find out he developed aspiration pneumonia. I was devastated. I blamed myself a lot. Never has he choked on milk, but it turns out that he was too eager to drink, fact that once made me happy now was making me fear for his life. We started the treatment with antibiotics, vitamins and some medicine to help him eliminate the fluids. X Ray showed that his lungs were full of milk.

For the first few days he wasn’t doing so good, I was checking up on him every minute to see if he still breathes, to move him from side to side. Then all of a sudden, he started breathing fine again. By the 6th day of treatment he was almost back to normal but the vet said to continue the treatment for the next 4 days. On Wednesday, the last day of his treatment, while we were getting ready to go to the vet, he started to become lethargic. I panicked. Getting to the cabinet, my heart was racing. Our doctor seemed worried. She injected warm fluids as he was getting pretty cold and dehydrated. She gave him a shot of vitamins and also performed a glycemic test on him. The values were way bigger than normal. Since he was so skinny, so weak, she couldn’t take a blood test. We stayed there for 2 hours and he was more energized after the shots. I came back home, I fed him a little and he drank, I gave him some Pedialyte and cuddled him. He was purring. Then the night came and things started getting worse again, he barely responded to sound or touch. First thing in the morning, I was ready to go to the vet again. But he passed away.

I will never forget that day. It broke me. It truly did. I had fostered kittens before, but this time was different. Boris really healed me with his love and presence.

The sweetest tiniest kitten ever. Tuesday night, hours before he got sick again, he sat on my lap for over an hour, we cuddled and he purred the whole time. This is a memory I will hold forever, because in that moment everything was perfect, he was almost back to good health, the room was so quiet, I was so happy and he was so loved and he knew it. I will treasure him forever. The bond we had was spectacular.

I like to think that after he passed he found peace and wanted me to find my own peace too, so that’s why he sent me another kitten to take care of. A strange coincidence, but in the same exact day I saw a post about a newborn kitten in need for help. So I took the chance and even if I was grieving, I adopted her. She is now almost 4 weeks old.

I still miss my Boris but I know he is at peace, resting. His imprinted my heart, indeed. 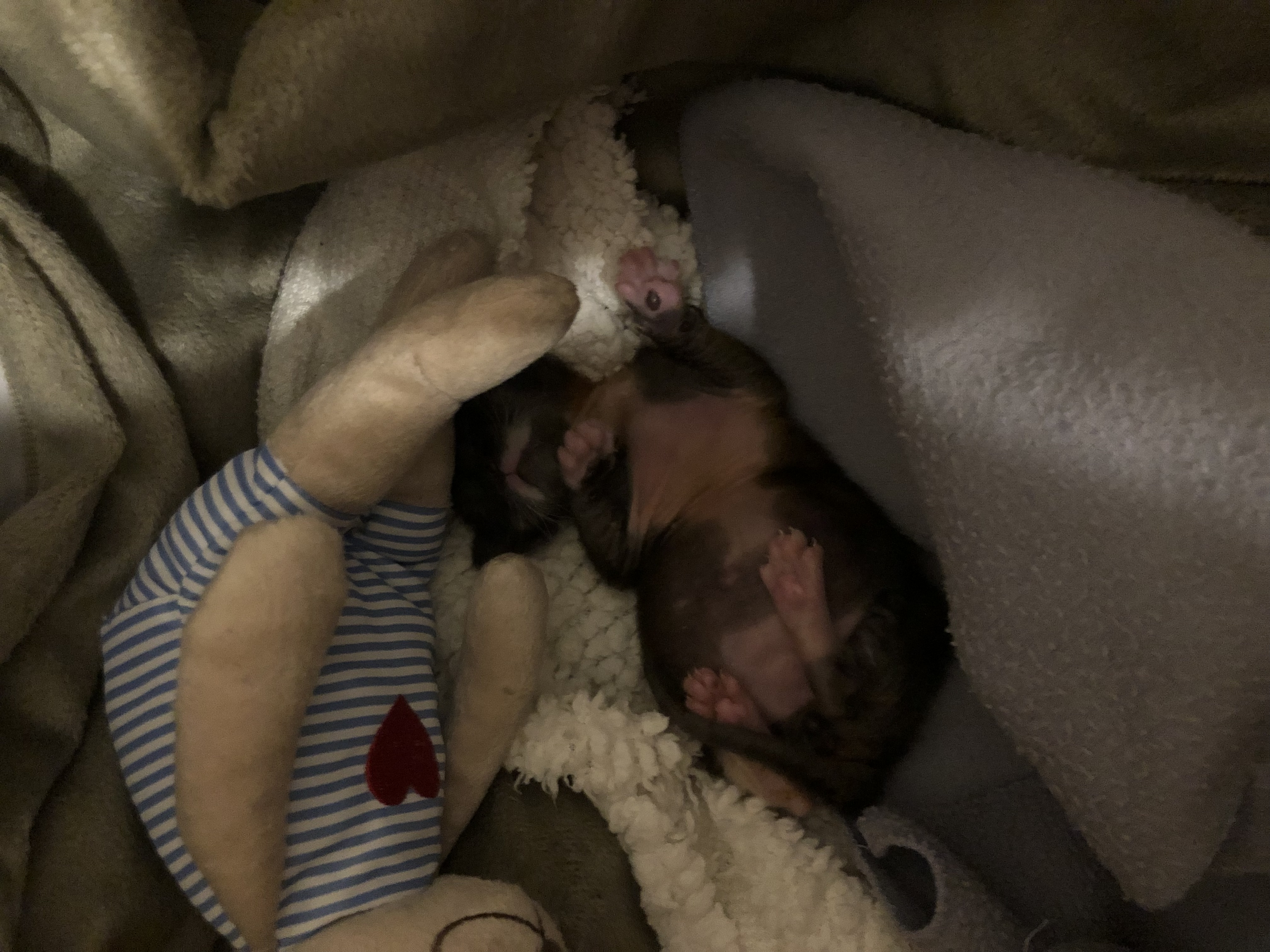 I am so sorry for your loss, but it is quite obvious that you loved him and he loved you, you did everything and more that you could for the little guy and he knows it and thanks you for it, unfortunately it was his time to pass on....but you will see him again one day and it will be wonderful, tears of joy not sadness.

I am so sorry for you loss, I hope that your heart heals a bit more each day, God Bless......

Thank you! I love the quote& I am certain that me and all my pets that passed away will meet again. I cannot imagine heaven without my dogs and kitties.
God bless!

Your story is touching, yet rich of energy and love.
You did all you could and more for Boris since the very first minutes of his life till the last second.
You can't blame yourself for anything. Boris is thanking you for giving him the rare chance to know the true love, the one he had missed from his mother.
And because he knew you still had tons of love to give and because he knew you were capable of everything, he sent you another little angel in need.
Boris have guided your hands and always will, to help you take care of this new kitten at the utmost level.

I , too, had the opportunity to raise a newborn kitten, he was 2 or 3 days old, I did what you did. I would wake up at night every 2 hours to feed him, I would take an hour leave from work twice a day to run home and feed him, and also I would go home again during my lunch break.
This tiny black angel grew his wings after exactly one week since I got him. I was devastated. I remember the rush to the vet clinic that night...
The vet told me not to blame myself, because sometimes even cat moms can't avoid the death of their kitties.

As I once said, I'm sure that there's a special corner at the Rainbow Bridge for tiny kitties, they are angels among angels. 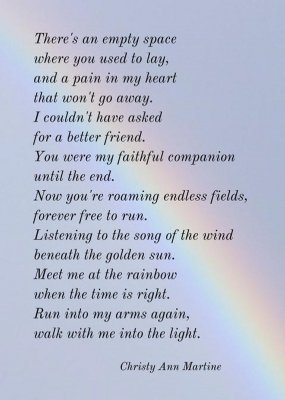 I’m so sorry he had to leave you so soon after you found him. I wish I had the words to ease your pain. Thank you for letting me get to know Boris a bit through your beautiful post. 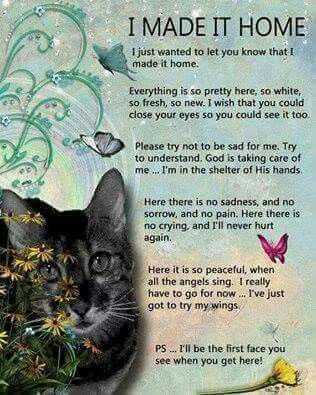 I am so sorry for your loss. No words from me can probably ever heal the hurt and sadness in your heart because of Boris' passing. You are right, our dear pets imprint on our hearts, so when they leave they also leave behind paw-shaped holes in our hearts. We may never be the same again, but we will soon learn to smile again, and celebrate their lives that we tried to give the best of what we have got.

Boris is eternally grateful for your love, the hours that you had to wake up just to feed him, the moments when you get worried for him, everything. I am sure he is now looking down on you with so much love too, from the kitty heaven.

He is forever in your heart, as you are to him.
F 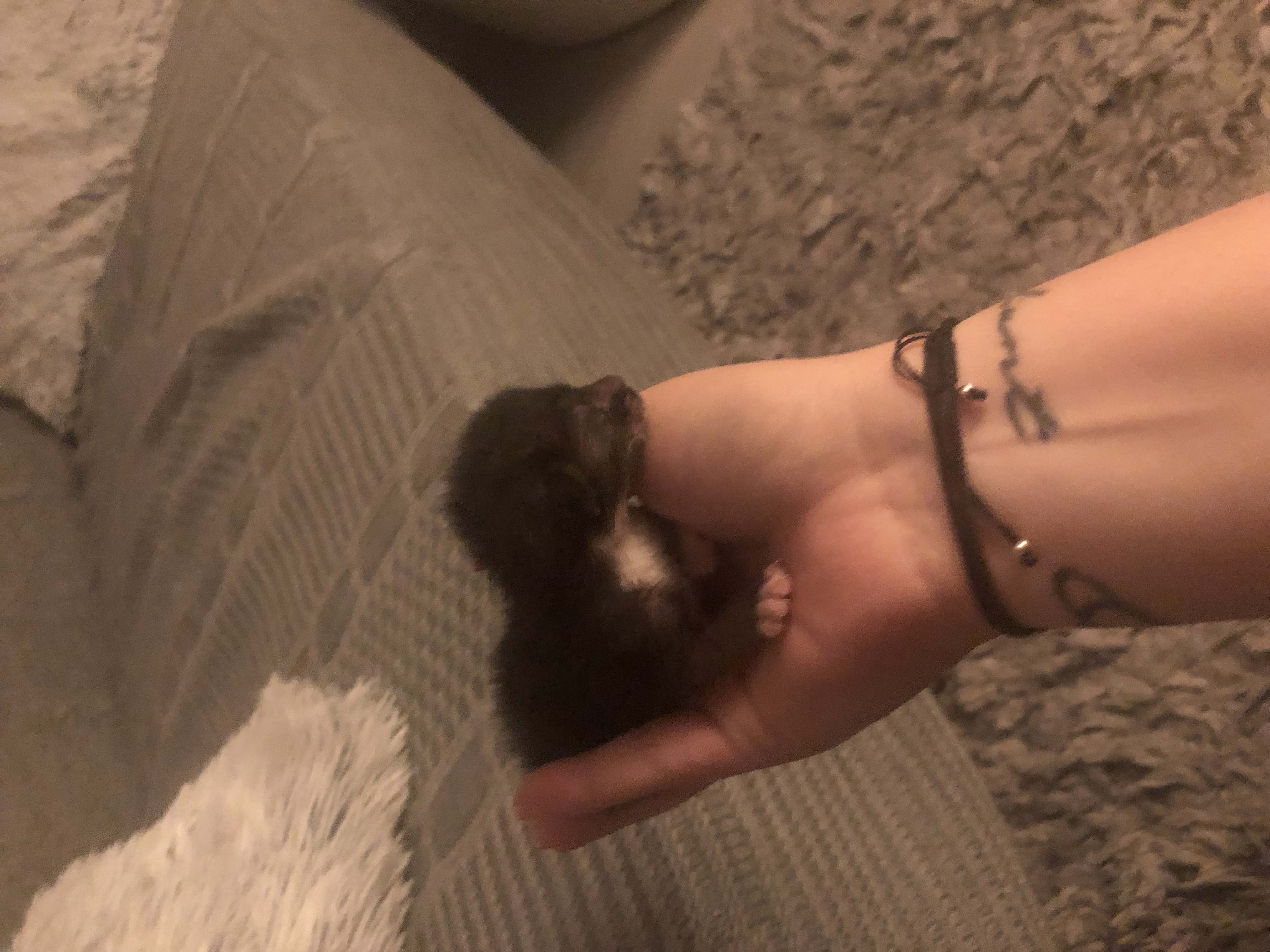 I cried while reading your replies. Thank you for your kind words& for sharing your experiences.
I pray every night for Boris, I pray he is not alone because he was never alone while I had him, I hope he is warm as he was when he was here, I hope he met with his sibling and they cuddle together in the clouds. But most of all, I pray for him to not feel pain or fear again!
I sometimes feel a warm feeling on my left shoulder, where he used to sit. I take this as a sign that he is doing well and wants me to know that he misses me as much as I do.
Here’s to celebrating Boris, his short but meaningful life, his fragile but enormous heart!
Here’s to celebrating all the kitties and all the doggies that passed away. God bless!

Sometimes, no matter how hard we try, it is not meant to be.....
Your precious Boris will forever be imprinted on your soul, he will forever be as close as yoru thoughts and prayers. I'm sure he did send you that other little angel to love, because he knows you need this to give your heart peace.
Both of you fought a courageous battle, one that did not end as you would have liked, but it did give him his everything. He knew love and what it was like to have a home and care, it was everything he needed. Although your heart is broken and grieving at this moment, his is filled with love and peace. Please try to remember him as the fighter he was, his personality and what made him so special. You will always have those precious memories, they are a treasure beyond compare. "Death cannot take that which never dies" and you know your love is forever.
My heart breaks for your pain, I hope you know we will all keep you in our thoughts and prayers. We will share your burden and hopefully make it lighter. You are not alone.Take care my friend....RIP precious Boris. You will never be forgotten, you will forever have a special place in a loving heart. May the good Lord bless and keep you, until you meet again!
W

Some things are just not meant to be. You went far beyond what most any human would of, or could of done for baby Boris. That kitten is a pet for the angles now. You can rest easy knowing that you did a wonderful thing.

Rest you gentle, Little Boris, dream you deep. Your tiny pawprints are now and forever on more hearts than every you knew existed. Your little life was short, but filled with meaning, and you are mourned. Run free, now, in fields of soft grass under a warm sun. There are more worlds to play in than this one. But keep watch, Precious Boy! One fine day in the fullness of time, YOUR human will cross that Bridge to join you in joyous reunion!

Godspeed, tiny Boris - you tried hard and made it to an important goal, knowing love and purring about it. It is so heartbreaking to lose a tiny - somewhere, the heartbreak and tears of a cat rescuer water the flowers of Heaven and shine like sunshine on angels' wings.