Feral Went Missing 4 Months Ago, Showed Up Tonight And Something Is Very Wrong - Video Included

Yes, I have an update.

Right after I posted this, Pretty Kitty showed up 4-5 nights in a row!!! And then he didn't show up two nights ago, and showed up once last night but didn't eat.

I changed my strategy on how I was going about everything. I had ordered a drop trap two weeks ago, and it still had not shipped. I finally contacted Tomahawk a few days ago, and only then did they inform me that it was backordered.

I am so pressed for time right now. I'm going to build a drop trap if I can find the time, but until then, I decided to go slow with a regular box trap. Food outside of it, slowly inching in every night without actually setting the trap.

This hasn't worked on Pretty Kitty in the past, so I tried something a little different by opening up both ends of the trap... and he was actually going in!!!

However, once we got the food to about the halfway point, that's when he didn't show up and then showed up but didn't eat. So it appears he's reached his limit on how far he's willing to go into the trap.

Normally, I'd take a step or two back, and bring the food closer to the front again where he was last comfortable eating and just do that for longer before pushing it back again. But I just don't have the time since I am leaving.

There is also the issue that my other ferals who have been TNR'd, as well as the aggressive tom, are not happy about eating in the trap. Many have not eaten at all since it was first moved to just inside the the trap.

So here's the new plan, please offer any critique you can!

I'm going to place the food bowl outside of the trap so that everyone can eat freely, including Pretty Kitty. Then I am going to place stinky bait foods in the trap, doing kind of like I was doing before and slowly moving it progressively further into the trap.

This will likely mean that I will be constantly getting up at night in order to replace bait, but I'm already waking up any time the camera goes off anyway to make sure none of the cats are attacked by the aggressive interloper.

I am so worried about not getting these two before we leave.

Pretty Kitty at least seems stable right now. So I am wondering if I should switch my focus and make trapping the aggressive cat my priority before I leave, so that I can get him neutered. At the same time, I am not sure if that would be even worth it since it could be many weeks for the neuter to actually impact his behavior.

Plus, I can't really get him to go into the box trap at all right now. Maybe if I can build that drop trap he will, though.

I wish more than anything that I could cancel this trip. It is killing me thinking about leaving in the middle of all of this. But I've canceled this trip three times already because of cats, so I absolutely can't cancel again 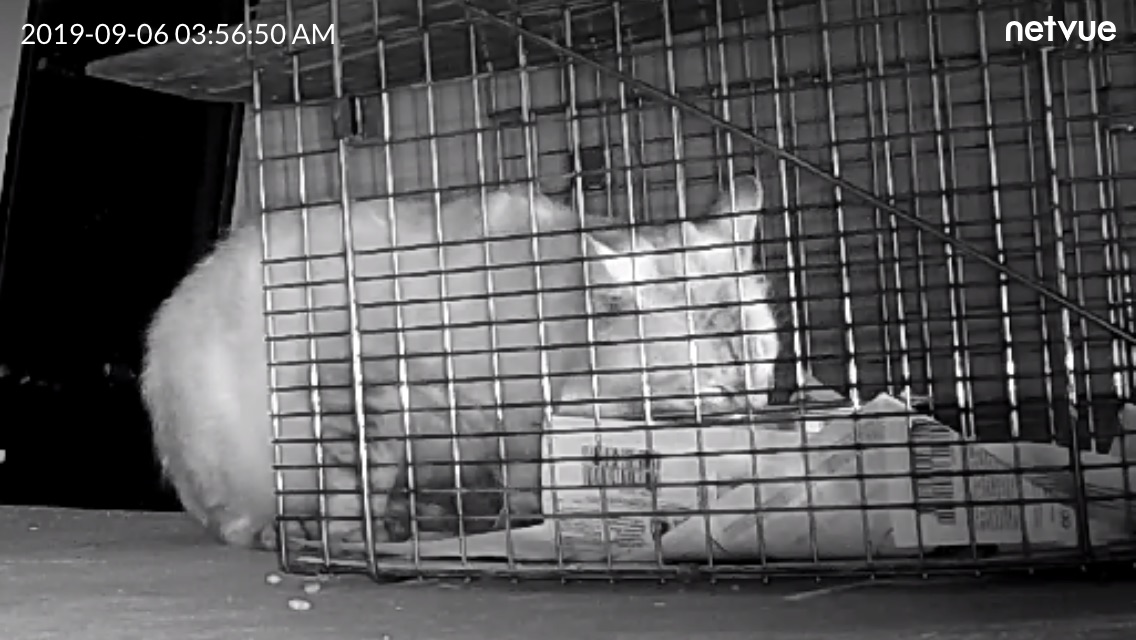 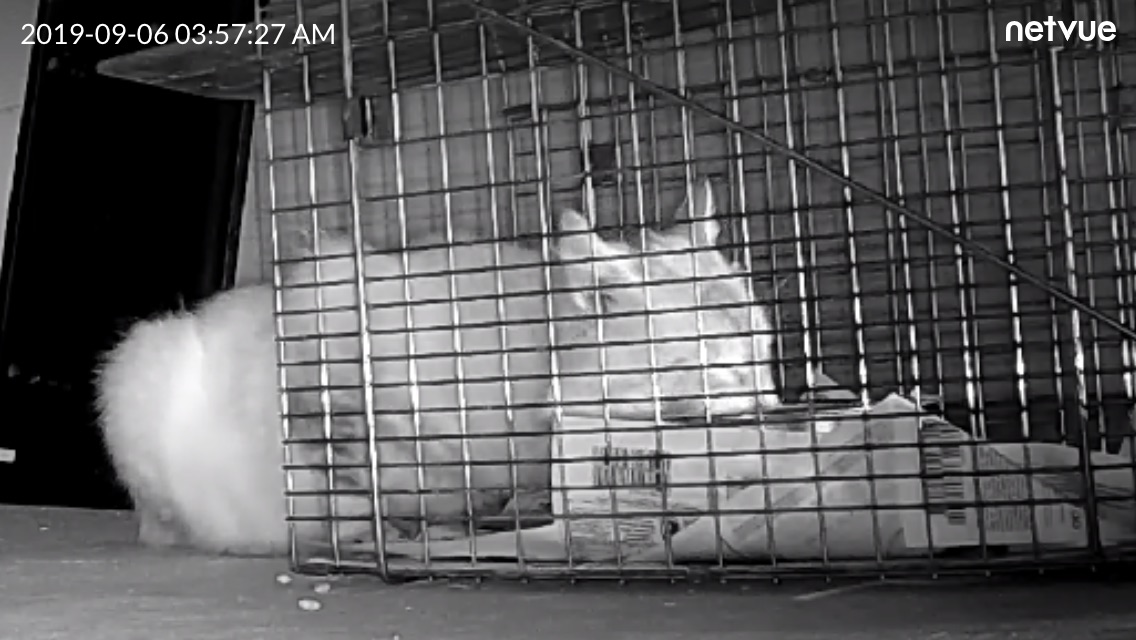 I have never had very good luck using newspaper to line the bottom of the trap. Cats don't seem to like the sound of the newspaper. I like to use cheap puppy pee pads. They are soft on the feet and easy to dribble tuna juice or flecks. Just a thought...

I would say, trap who ever you can. It might take the pressure off!
W

If you have access to another trap, I heard putting 2 traps side by side with the opening at either end works, they circle around it and see 2 openings and think there is a way out. I told my friend this who traps a lot of cats and she told me it worked. don't stress about leaving, is somebody going to feed while your gone?
if so no worries, you need to go on your trip.
It is an issue trying to trap this cat only with a regular trap, I think it is common when you get down to the hard to trap ones, I tried to trap my last one yesterday he didn't show up, but since I'm using the drop trap now, My other cats eat freely, it was a problem before trying to keep them out of the trap!

I agree with those who say to just trap the ones you can and go from there. Canned oysters always worked on my most resistant and smart cats. Good luck! It’s hard to be patient when we want to help.

FarmersWife24 said:
Canned oysters always worked on my most resistant and smart cats.
Click to expand...

Ah hah, another tool in the toolbox