When Mom's co-worker asked if anyone wanted a kitten, I said yes, sight unseen. I'm so glad I did. oh baby-doll, what a sweetheart!! 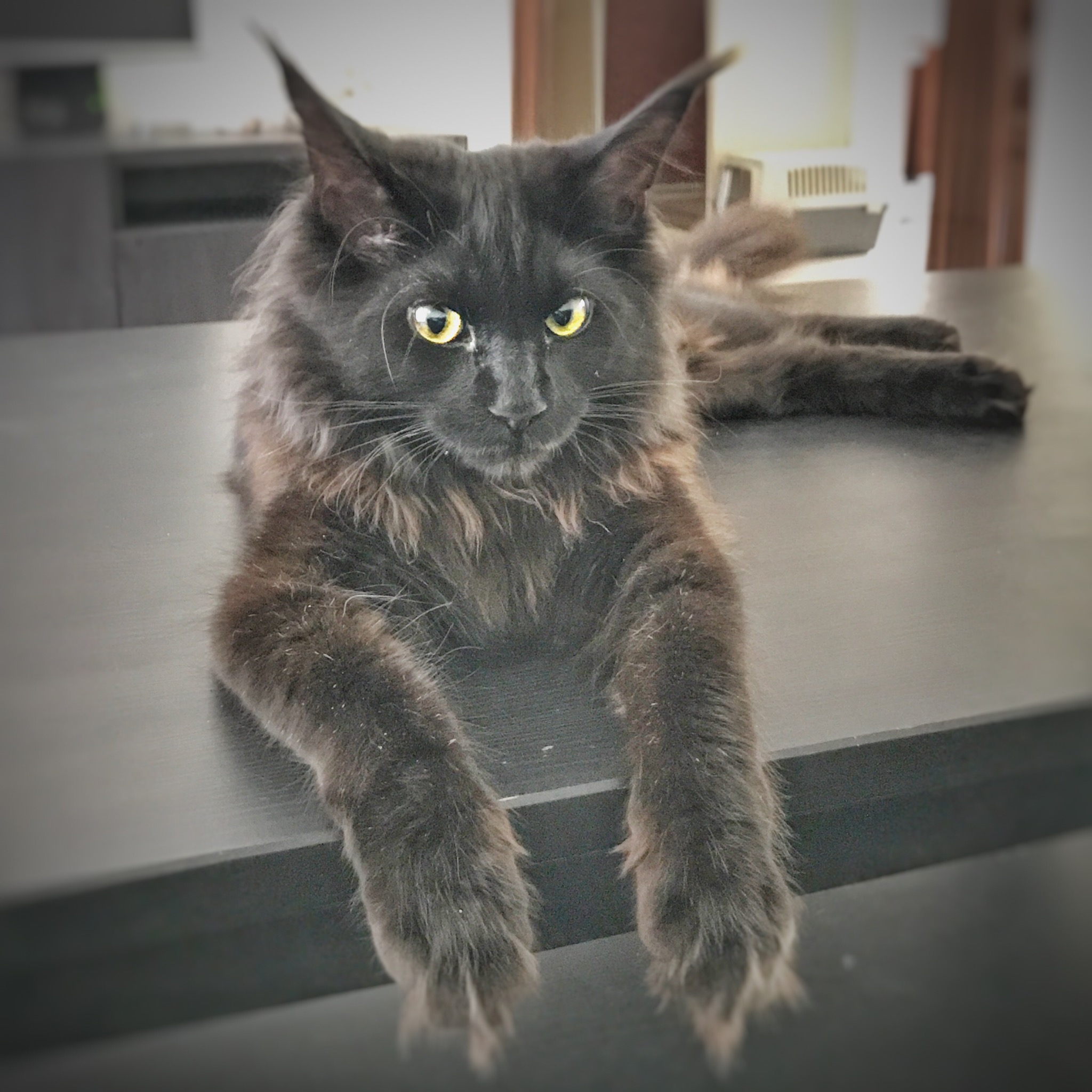 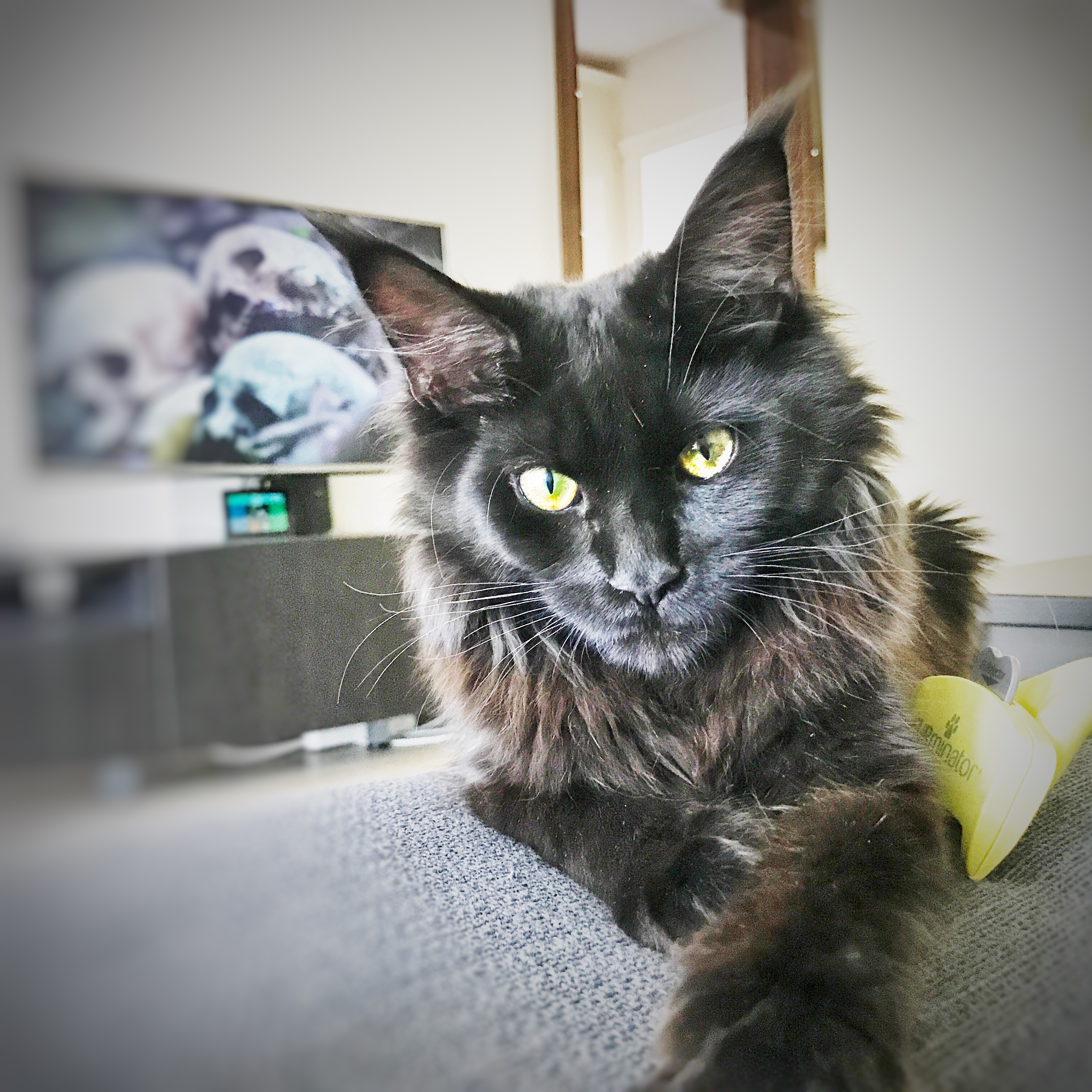 This was Bynx the day we brought him home! Such a happy kitty!

Don't mind the snot on his face, he had a URI when we adopted him, and couldn't always keep up! 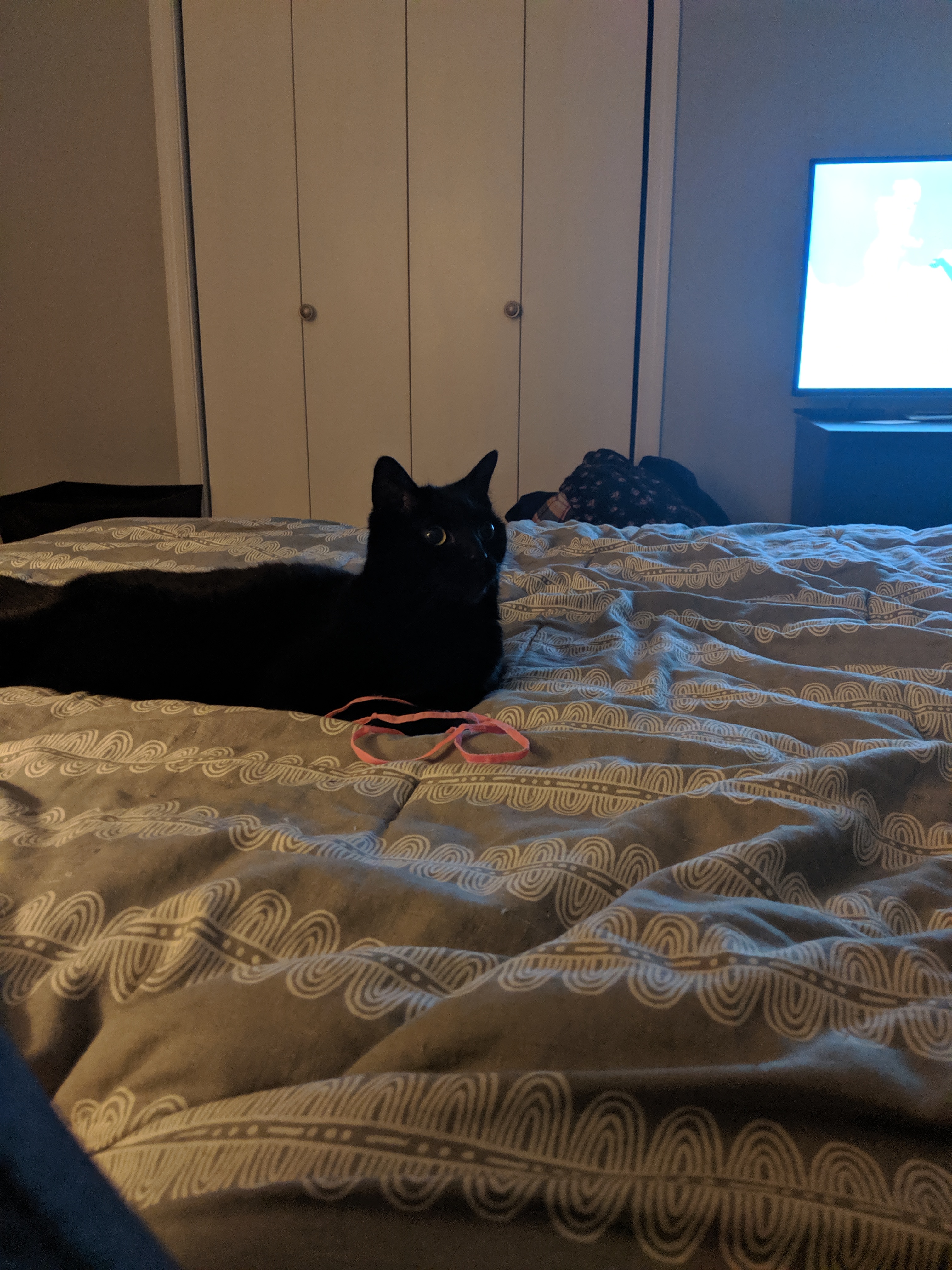 Anya last night after spending a whole day at the vet!

I appreciate you Dorian. My crazy wild child.

I have never owned a black cat but I would love too. I think they are just so beautiful and their fur always seems so shiney.
A

My one black cat was a male I named Archy. Back in the day when telephones had cords.

A friend called me one day. His. girl friend lived in a large apartment complex, with many abandoned cats.Sshe told him that the management had said they were going to call in exterminators to eliminate the strays.

So he and I went to rescue a cat each. On the way, he told me about one black cat that several people were feeding. And how one morning, the young woman feeding him breakfast had poured out his saucer of milk, but left it on the counter, forgetting to put it outside for him. But she left her screened kitchen window open. As we were walking about looking for him, we passed her kitchen window. The cat had punched a hole in it to get his breakfast. I thought a cat with such enterprise would make a good and interesting pet.

I found him, picked him up, and took him home. No problem. A very sweet and affectionate cat. Looked like a miniature panther, very long body and tail. I do not remember while I named him Archy. But he learned it quickly. And would come when the mood struck him.
Last edited: Aug 20, 2019

I have a black cat named Panther. He's the sweetest cat I've ever seen! He's super affectionate and LOVES to cuddle!

This was the black cat that used to visit me at my old apartment. He would come and demand for food, rest on my bed for an hour or so, then leave. Then he and his owners moved out but I still miss this fella up to this day. My two brothers Elliott and William