Anyone else watching the weather?

Keeping a close eye on the weather app because of the tropical storm. We are supposed to have 20-50 mph winds, with gusts of 70 possible, flash flooding, and chance of tornados. Given the way 2020 has been going I am preparing for the worst!

I'm in Florida. East coast. It just passed by yesterday. We had some rain in the morning and the afternoon was kind of windy. Nothing major though. Keep an eye on it but if it keeps on the path it's on now, it won't be much by the time it gets to you because it will not be going over open water. You'll be OK. Oh, I know. Just being flippant. The way this year has been going I figured anything is possible!

We are watching here. I just got my grocery order and I'm going to have my kids help me move my potted flowers to under the woodshed and get the patio furniture in the shed itself. I'd put flowers in the garage but the toads live in them and if they go hiding; they'll never get out. The bird feeders are coming down too. I'm not sure what else I can do outside. Inside I'm doing laundry, dishes and some bathroom scrubbing.

Yes. I’m in NY in the direct path of the tropical storm. All I have left to do for prep is move my 4 potted plants in under the deck and then my husband will move the trucks into the back yard and my BMW we will park on the street. Our driveway is lined by my neighbors huge pine trees and I’ve already lost my old BMW and roof of house to 3 of them in a storm 2 years ago.

Mooch and the kids spent some time in my closet first thing this morning. I was literally in the middle of getting dressed when the EAS on my phone went off and I had to get everyone out of bed. It's hard to get a bra on in a hurry.

Mooch was the least appreciative. I don't know if there was a confirmed tornado in that warning but I think we did have a few in the area. It was hard to keep up with some of the alerts. I was trying to save my phone battery. We lost power a couple times; but not for too long. I've seen several power trucks in the area and from the outage map; they are working hard and doing a good job!

My tree that was hit by lightning a few weeks ago lost another large section. It damaged one branch of the tree next to it; but it's not a big branch and we were about to have that tree thinned anyway. There are leaves and branches all over my backyard but I think everything else is in good order. It's still windy but I'm seeing some sun. Later the kids and I can move all my potted flowers back out. The mail lady was just here with some boxes and she commented that I had saved my flowers. My porch is full.

I opened the door for the boxes because otherwise I'd have had to go outside to get them because the only spot left blocked the door.

Earlier I was watching the finches fly by looking for their feeder. I'd taken it down yesterday before everything hit. It looked so calm out I felt bad and went to the shed and got the shepherds hook and refilled them and hung them up. I barely got inside and the winds picked up again. But it was fine. And the finches were eating during that.

I need to check my sunflowers. I think they are ok from what i can see inside. They were fine earlier but the wind came in from the other direction when it picked up again. I see one pole from my pole beans that needs straightening out. Otherwise everything looks ok. The storm shifted westward overnight. So far just a lot of rain and gusts of wind. Not too bad at all.

I am seeing reports of a tornado not too far away. It went right by the entrance to my old neighborhood. My husband said he is seeing lots of trees and branches down. I jinxed myself. Right after my previous post the winds got bad and we heard cracking of trees in the woods next to us. My husband doesn’t spook easily but when he hollered ok basement time the kids led the way and he followed. I was last because I saw my kitty Domino and had to grab him. It’s all over here now, just that quick, guess it was the storms last hurrah for my area. We have no power but no property damage either thank God. A lot of neighbors lost trees.
we set up the generator and have the basics. I’ll grill burgers for dinner.

Stay safe everyone. Thursday it is predicted our area of Oregon MAYBE will get some rain. None for 3 weeks now.
j

I've been checking the forecast every few hours. In my area, we are supposed to get heavy rain, wind, and thunderstorms. I really hope the power stays on.
C

Power went out about 2:30 p.m. Tuesday, back on about 48 hours later. Have a generator but Internet & e-mail need line power so we were incommunicado for that. Water in basement, enough to be an issue but not terrible. Damage to our road, major road closed for better than a day due to downed tree with live wires. A million people in New Jersey were without power, 5 million up and down the East Coast. And my brother sent out an e-mail with pictures of "quite a mess but no damage" to the roof garden of his co=op building - chairs tipped over, ditto flower pots. If people in Manhattan are too out of it to put such things under cover when a storm comes through . . . 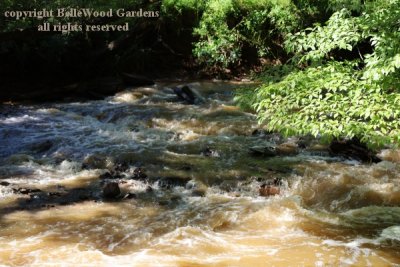 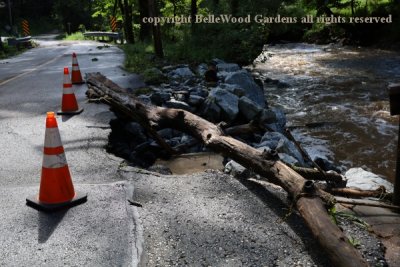 I'm glad you are ok.

I just had one tree company here. The poor guy is overwhelmed. He said he was 2 months out before the storm hit us. One section of road near my old house just opened today he said. He yanked on the long limb hanging from my big tree and it wouldn't come down. So that's "good." He has a large family so he understood my questioning how safe it was to let the kids play in the backyard. Actually he told my kids himself it's not safe to play under that side of the tree. The section of the tree that came down looks like a fun jungle gym to explore so I'm glad he reiterated what I'd already told them.

The good news is; the large pine next to my house (but on the neighbor's property) is healthy. He didn't see anything concerning about it; except for the fact that it's pine and pine is brittle. The neighbors don't want to pay to remove it (but they are fine with US paying for it..) so hopefully that will put DH's mind at ease some for now.
You must log in or register to reply here.
Share:
Facebook Twitter Reddit Pinterest Tumblr WhatsApp Email Link