Allow Me To Introduce Ourselves..

I've been lurking for a few months and decided to finally make a profile. To start - I've had quite a few special cats in my life. (I know y'all like pics so please enjoy!

Welcome to TCS! We’re glad to have you and your lovely kitties here!

So, my living situation has changed in the last year (moving out of parents house) and I was dealing with quite a few personal issues when two new kitties came into my life. They are siblings, 16 weeks old. I called them "The Kits" right now to keep them separate from "The Girls" (Bette & Greta). 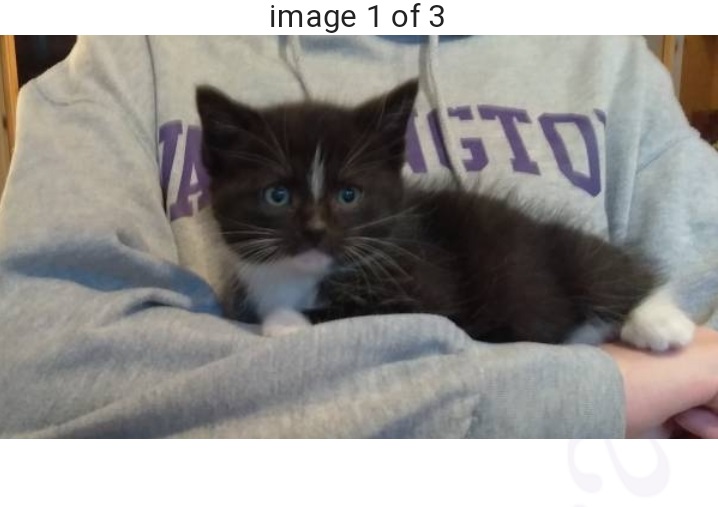 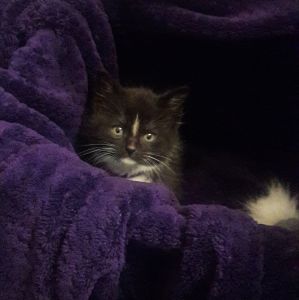 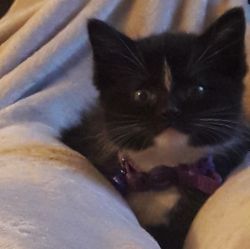 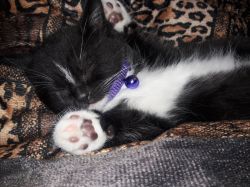 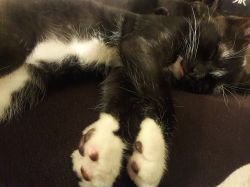 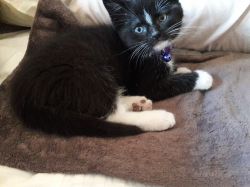 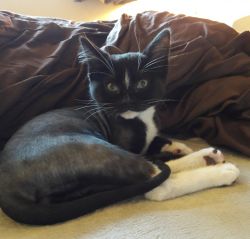 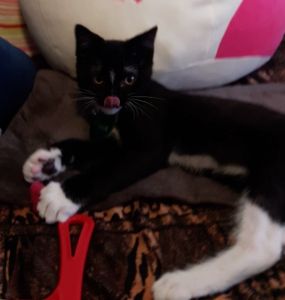 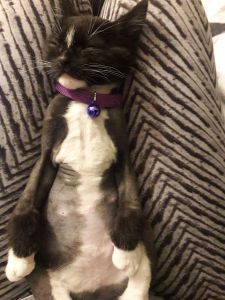 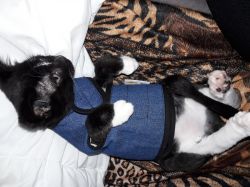 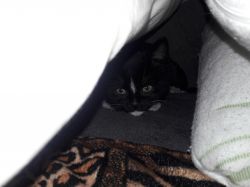 And here are a couple group shots. 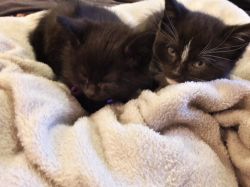 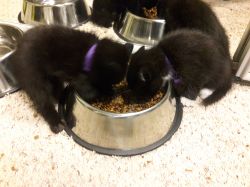 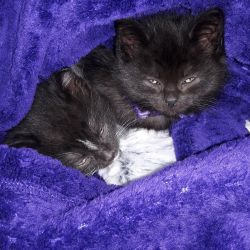 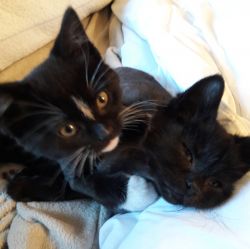 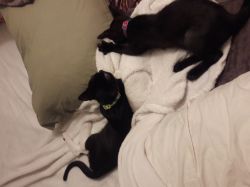 I have so many pictures, it's hard to choose. Anyhow, super glad to be here!

Welcome to the site

Your kitties are gorgeous

The kittens are just adorable

Welcome! You have a wonderful furfamily.

I was this ‘ ’ close to naming my latest addition Felix but we changed our mind at the last second. He is a brown mackerel tabby though.

Welcome to TCS! Thanks for all of the kitty pictures!

from all of us So sorry to hear about Mac, Sam and Rosie and hopefully, Sam and Rosie are safe in someone else's home.
Thank your for taking care of the neighborhood cats. Bless your heart.

You may continue to post photos of your fur babies here or do check out this forum fur-pictures-and-videos-only.29 and post photos of what your kitties are up to and also join in the current treads three and you still have time to join in our January photo contest here in
january-picture-of-the-month-younger-and-older.387501

Eating out of the same dish, adorable, good to have a picture of it. That way you can show it to them when they fight. You're in for so much fun with baby wrestling, learning to swear and practicing, learning to climb, learning everything!

Thanks so much everyone. Glad to be here!

K Kflowers Very soon after that picture was taken, Maimu started growling whenever Felix got near the food bowl. She would hunker over the bowl and put both paws in the dish and push him away with her body.

Now I have two dishes so there isn't any competition.

I haven't had kittens since Bette & Greta (over a decade ago) - and I do not remember them being as rambunctious as Felix and Maimu. I haven't had a good night sleep in a while! Also, they are SO loving and pure. Not all cats are like this... they are special.

I got them when they were slightly younger than 8 weeks old (it was an accidental litter apparently and they were the only two surviving kittens) and the lady wanted them to go together as a pair, but she was willing to separate them/send them to different homes if needed because she wanted them out of her house by the end of the day.
My parents are in awe over the Kits and refer to them as their "grand kits".

My mom attributes their sweetness to me, but there is NOTHING I did that could have made them such good kitties. I don't know what it is about them, but they make me feel complete.

I feel so lucky to have them in my life. 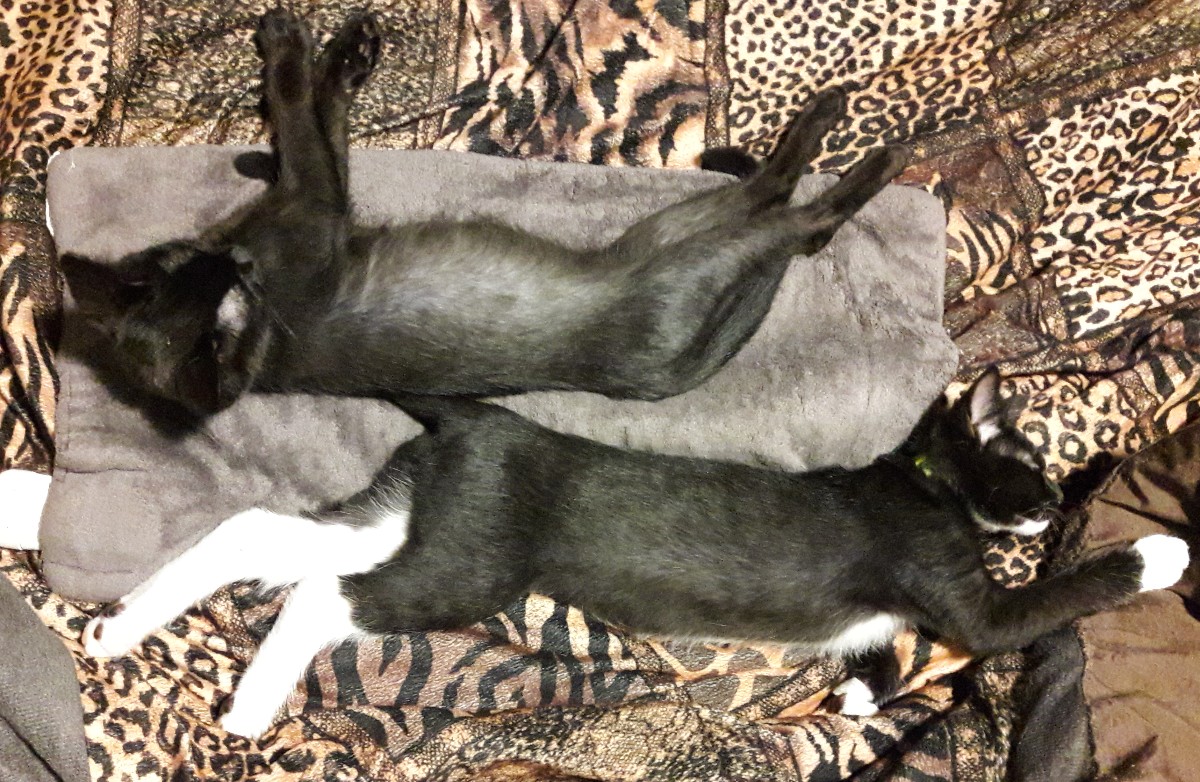 You're some photographer! This would be a picture of the day after a growth spurt during the night? Adorable!

Loved the story of girl claiming her bowl.

Location
where my cat is

Those are very cute kittens

Welcome to ALL of you! Including cat and kits, indoor and outdoor, and those who join us in spirit!

Welcome to you and your gorgeous kitties

All your kitties are adorable.

Kflowers said:
You're some photographer! This would be a picture of the day after a growth spurt during the night? Adorable!

Loved the story of girl claiming her bowl.
Click to expand...

Thank you! Yes, that picture was taken just the other day. They are getting so big - especially Felix. I'm so glad I took lots of pictures to remember how small they were.

I'm glad I finally created a profile. I already know this is a great community.

Lots of love to all of you and your kitties!

I'm glad I finally created a profile. I already know this is a great community.
Click to expand...

Another welcome to TCS!

We're glad you created a profile too and introduced us to your beautiful fur family. I absolutely love that Greta was named after Greta Garbo!