so some quick things to note: I actually have another account on here, but it's associated with my Facebook and I can't log in with Facebook right now so if these cats and their names seem very familiar that would be why. additionally, I know there aren't REALLY breeds with cats like there are dogs, and if there is its a bit harder to judge through just pictures. that said:

bumi is a rather large cat, or so it would appear. when I last measured him at 8 or 10 months, he was like 24 inches long or so, and weighed about 15 or 18 lbs? I can't remember exactly how it came out to I just know he was bigger than most cats are. I've also always known that kiki is... rather small in comparison to many cats. she's the kind of cat I can carry in one arm even on a weak arm day, and still feels as soft as a kitten. or at least, way softer than she should for a cat that's 5 years old. she also has way thicker fur than most, probably a result of her mom being either a long or medium hair ( I can't remember which it was. I would classify her mom as a DLH but I know her owner said DMH. )

that all said, you guys are more... expert than I am. though again "breeds" are... iffy, given her stubby legs, lighter frame, kitten soft fur... would you guys say she could possibly have some form of munchkin or mild dwarfism?

also bonus: bumi is now over a year old and is a glutton. would you guys argue he's over weight? or is he a proper weight for his size? ( because kiki has been small all her life, and we used to have an overweight cat, my metric for cat sizes are "small" and "BIG CHONK" so it's hard to tell for me. ) 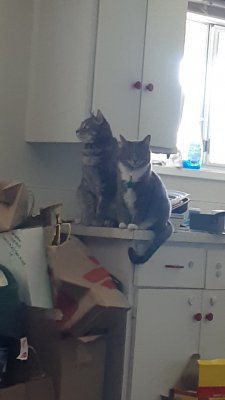 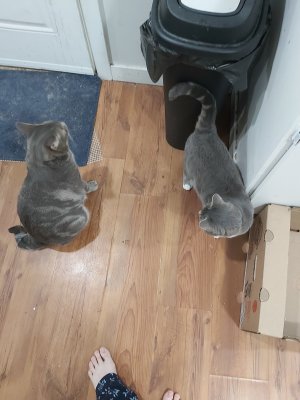 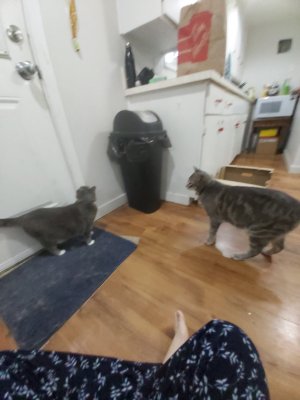 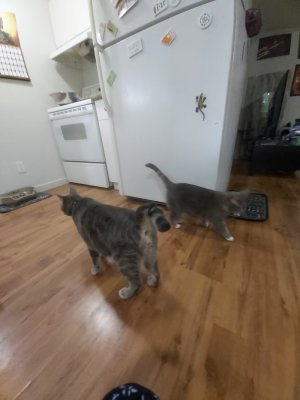 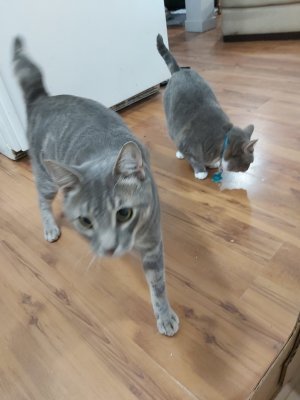 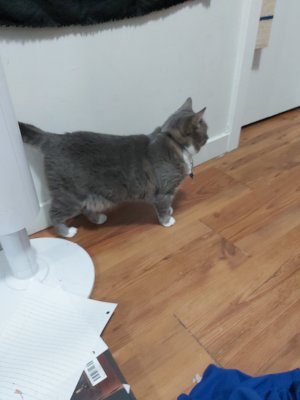 so, I added a few more pictures into this imgur file, including some pictures of her mother and brother. take a look if you want.

moonytunes said:
so, I added a few more pictures into this imgur file, including some pictures of her mother and brother. take a look if you want.

Her legs are a fairly normal length, imo — she’s just cobby/a bit chunky (might need to lose a bit of weight, though hard to tell from photos) with a fairly plush coat for an SH. I think you’re just noticing a bit difference as your other cat is fairly leggy

cats have loads of different variations in proportions, much like people. Cats with the munchkin mutation are significantly shorter, and look fairly disproportionate (almost like daschunds), while your girl has a balanced frame.

Some cats are just not as tall as others. I have 3 cats who all 3 have different leg lengths. I would say your cat is overweight and does need a diet. That's probably why the legs look too small for the body to you