A Yule-saga: The origins of Russian Blue cats!

Here is the story of the beginning of Russian Blues. Every detail is trustworthy and just so, I know this for sure. After all, I did wrote it myself, didnt I?

"The russian blue cat as the saga tells it - the beginning

Once upon a time there was a peasant family of small farmers farming the land, raising some goats and chickens, doing their outmost for making a living. It was not easy, the work long and harsh. The climate was cold, their harvests rather meagre. The winters long. Much of their time was also going on working on the fields and stables of the lord to the group of small willages around. But they werent afraid of working hard. The luck was also the days in the summer were very long, so the crop grew fast enough and was big enough both for them to make a living, and for taxes to their lord and to the king of the country.
And sometimes they did got some unexpected help, almost as from supernatural forces...

One stormy night there was like a knock on the door to their cottage. And when they terrified opened the door just a trifle, the wind whined almost as with a human voice: maaajaaa, maaajaa...
"Father", said the peasant wife. "I have a funny feeling. I think it is best you take your wandering staff for protection and safety and go out to look how it is with our goat Maja. I will keep watch here inside with the children. Otherwise I will not get peace nor sleep the rest of the night!"
"Right you have, Mother. I do feel likewise". Told the peasant.
Said and done. And it was sheer luck, because Maja had a somewhat premature and unexpectly complicated birth. Only the peasants resolute and skillful help saved her and her little two kids.

Another time the Ma got upheld at work at the lords cow stable, as the lords supervising boss demanded her to work extra, longer than she planned for. So she couldnt get back in time to take off the fire baking the bread for the next week... But when she finally scared and worried could run back home to their cottage, the fire was out, and the bread - done and perfect, just so....

After a couple of such happenings, one day she said to her husband:
"Father, I think something odd is going on. I begin to believe there is after all something in the tales of the old folks. About gnomes protecting the cottages and farm yards of peasants. What a luck we are following the old traditions, and every Yule eve we are setting out a plate with porridge with a good dab of butter for our farmyard gnome..."

"Right you are, Mother. I do in fact have similiar thoughts. What is more. I suspect the gnome must have a cat helping him. Did you noticed there are often killed rats and mices lying around our garden? Seemingly killed by a cat? And our Purrer, he was once a good mouser, but he is beginning to be old now and no longer so good a chaser as he once was. One or two he does surely take, but not all of them....
So I think, from now on we shall also lay out some food for the gnome´s cat, say a couple of fishes, on every Yule Eve...."

A couple of years went by.
One chilly, rainy spring evening, something knocked on their door.
Scared, they opened the door, and saw barely visible a little posture in greyish clothes.
"Dont be afraid, good people. It is me, your farm yard gnome. I must ask you for a favor, I need your help now, I and my cat. You see, my folks big ´once in a seven years summer meeting´ will be held soon. I must go there. But my cat is pregnant, having her belly full of kittens. She can in no way follow me. So I must ask you now, my folks, for help. Let her live here with you, and bear forth her kittens when her time has arrived. Help her to raise her kittens till they are 12 weeks old. And then find them good, loving homes for the kittens. I will be back in the fall, so I will take back my cat."

And so it was. The female pregnant cat was a little shy but a real beauty, very nice and lovely with all friendly persons when she got to know them. This become easier as Purrer immediately accepted her, and was the best pal with her. Soon enough she come down with 8 tiny newborn kittens, and was an excellent mother with them. Somewhat to their surprise, their old tom Purrer was also there, acting an extra mom in everything save giving them milk...

One day the woman talked to her husband:
"Father. The kittens are soon 12 weeks. The time to fulfill our promise to our farmyard gnome is nearing. I think we can adopt one, so Purrer will have help and a successor. They seem to be good chasers alredy, and they are also very nice to look at. Some of them can we give to the most friendly of our neighbours. But I have an idea for the rest. They say sailors are very fond of their ship cats, as they do need not only company but also good mousers and rat catchers aboard. I have heard they are prepared to pay good money for one they do like. And they do care very well for them. I think you shall take some of them to the port town, to the big Archangelsk itself. There you shall seek up some skippers, and sell the kittens to the skippers you do trust."

Ten days later our peasant had a meeting over a stop of ale with captain Grusev, the skipper of the trade ship Tsar Nikolaj sailing on the trade to England.

Captain Grusev wasnt pleased at all, exploding, red over face, neck and shoulders alike, loudly bellowing: "What, are you completely mad, you stupid peasant?? 100 gold rubels for a cat?? For 100 rubels I could buy a real first rate pedigree cat!!" But as the captain was a good natured man, and even having a lot of sense for humor, soon enough he and his breathing calmed down. He laughed instead, and proceed "Well, now, we are after all here, arent we, and the ale is already payed for, so let me see this kitten of yours. Especielly as you tell me her mother is a fantastic chaser of both rats and mices. And also this kitten, although so young, you tell me has already shown to be a good mouser."
He took forth the kitten from the cage with a fast yet careful grip on the kittens neck. Placed the purring kitten on the table before him. Looked on its grey fur, fascinated with the furs peculiar traces of silvery shade. Stroked with his big callused hand through the fur, feeling the soothing pleasant softness. His last resistance melt down completely after his gaze met the kittens, and he drowned into the deep intensive green eyes."

Ps. The Russian Blue cat is said by some authorities to have originated from around the northern port of Archangelsk in Russia, and did come to England aboard cargo ships trading this route in the late 1800ties. Is this pure coincidence? Nay, I dont think so. I do really think there is a connection between what this old saga tells, and the proven historic facts.

There is also a continuation, but I havent translated it into english yet, I wrote it in swedish And the continuation is weaker, I see it myself. / StefanZ

It rings true to me,

StefanZ . And Sundar and Nilah think there's something in it too.

StefanZ I think the good peasant and his wife had a tomten on their farm. I have one also, that my father made for me. He has a little fox that visits him. I happen to have a needle felted little gray cat. I'll bring her downstairs today, to join them. Thank you for the lovely story. 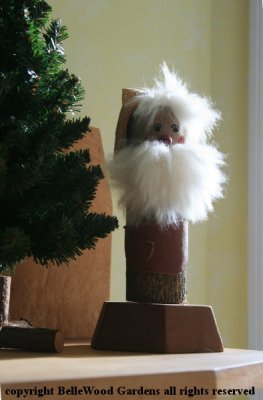 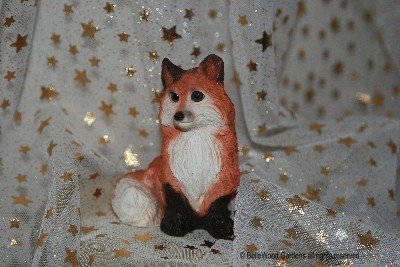 Location
inside of your imagination and/or smartphone app

It's rare but it can happen. My Willow was one of 8, but there her resemblance to the Russian Blue ends.

Thank you so much for the story, StefanZ.

I love your story StefanZ !

Such a great story!
M

Thank you so much!! This is a very lovely story!! I read it out loud to my sleeping baby, he seemed to enjoy it so it must be true