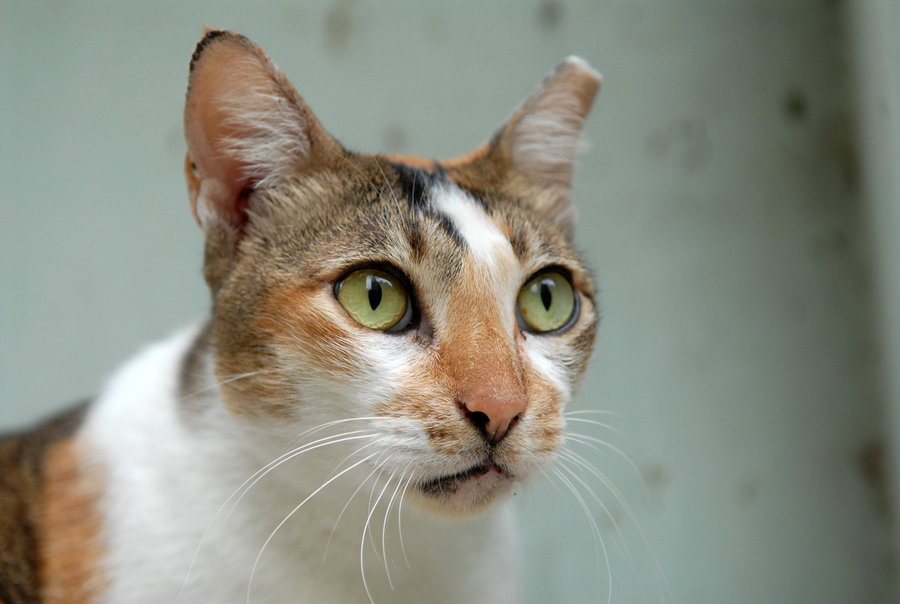 Feral cat colony caretakers face many challenges: trapping for spay/neuter, paying for veterinary and food expenses, attempting to socialize the cats and kittens and finding good and loving homes for those that are adoptable. The legal issues surrounding caring for feral and stray cats rarely cross a good-hearted person’s mind when they begin caring for these cats.

Who could find fault with attempting to end the reproductive cycle and giving these homeless creatures a better life? Unfortunately, there are not only individuals but also national groups who find fault with this, and the laws can be interpreted to the benefit of either side.

Most laws and ordinances pertaining to companion animals were not written with feral cats in mind. In fact, many states and localities do not have specific cat ordinances, but rather focus on dogs, vicious/dangerous dogs, licensing dogs, etc. This leaves the general laws which pertain to “pets” or “companion animals” (i.e. not wildlife or livestock), as the guidelines for all cats, whether pampered housecats or feral. Within these laws are clauses that can and do affect colony caretakers, but which are generally ambiguous and open to interpretation.

Should these laws deter someone from caring for a feral cat colony? We certainly hope not! We present this information to educate caretakers so that they, in turn, can educate their neighbors and legislators and avoid potential legal issues. While ignorance may be bliss, it isn’t a defense.

* Disclaimer: Every state, county and municipality has different laws, and even within the same legal boundaries are officials who will interpret those laws differently. The information here is intended to be a general guideline to possible issues facing feral colony caretakers within the United States. Research your own local laws, talk to your local animal control officers, contact other rescue organizations and individual rescuers so you know what issues pertain to your area.

Cats and the Law

Many counties do not include cats specifically in their ordinances. The role of animal control also differs greatly, from full-service shelters with education and sterilization programs as well as adoptions, to no shelter space at all with animal control’s duties being to handle complaints and “dispose” of nuisances. The difference usually lies in the amount of funding animal control has in the budget.

State laws generally cover the official duties and obligations of animal control, and also the cruelty/abandonment/neglect laws. However, local (county and city/municipality) ordinances may supersede state law if the local laws are more stringent.

Issues that affect feral colony caretakers and rescuers are listed below, and may be found in the state, county or city/municipal codes if these clauses exist at all:

Cat issues in neighborhoods may also be addressed with nuisance or health codes.

Legislation and ordinances are public records, so do your homework in finding the statutes that apply, or contact a local rescue or shelter. They should be knowledgeable about the laws, and calls and emails can be made anonymously.

Animal ownership is legally defined in many ways, but a common definition is providing food and medical care. While this can work in a rescuer’s favor by granting “custody” of a neglected animal to the caretaker, this can also be used against colony caretakers. If the animals cause damage to property, i.e. ruining a prize rose bush by using the garden as a litter box, injuring someone’s pet who is allowed to roam, etc., the caretaker could conceivably be held liable.

More pressing are issues of licensing and required vaccinations, as the “owner” of the cat can be fined and the cats confiscated by animal control if these are not current.

At a minimum, most areas require companion animals to be vaccinated for rabies. While this is generally done at the time of spay/neuter for TNR (Trap, Neuter, Return), yearly boosters are not always possible, which could put the animals and caretaker in violation of the Code. Additionally, some areas require licenses for all “owned” pets, that any owned animals be contained (i.e. in a fenced yard or on a leash), and/or that only a certain number of animals can be legally owned. Any of these can lead to difficulties for a colony caretaker or rescuer for obvious reasons.

Every state’s animal cruelty statute contains a clause that abandoning an animal is illegal. While colony caretakers applaud these statutes because if people didn’t abandon the cats in the first place, the majority of the feral problem wouldn’t exist, it can also come back on them.

The problem is the “R” in TNR. Caretakers argue that they are not abandoning the cats, they are returning them to the same place where they came from and providing sustenance and support for them after the spay/neuter. However, as the “owner” of these animals, there are also requirements for what must be provided for the cats as adequate food, water, shelter and medical care, generally. Just providing food is not enough, according to most laws. These are, of course, open to interpretation as to what “adequate” really is.

The crux of the abandonment issue is where the TNR occurs. If you are trapping and returning to your own property, there should be no problem unless there are ordinances forbidding free-roaming animals.

For the most part, Animal Control doesn’t go looking for people who TNR but they do have to respond to complaints. The complaint could be a neighbor who doesn’t like the cats coming in their yard using their garden as a litter box or fighting beneath their window, from anti-cat people who just don’t want to see cats anywhere, or from well-meaning wildlife advocates who fear for the indigenous fowl and fauna based on misinformation from national Conservation Groups.

Regardless of who complains, Animal Control has to investigate, and their findings often depend on their own feelings about TNR and feral cats. If they find fault, the charges could entail:

All of these are misdemeanor charges in most places and would result in fines. If no caretaker comes forward, and perhaps even if you do, they also have the option of trapping and removing the cats. Most shelters view known feral cats as unadoptable and therefore will euthanize immediately.

In addition, much depends on how the caretaker reacts to the animal control officer. Just like with traffic tickets, the right attitude can be the difference between a warning and a ticket and in this case between life and death for the cats. Remember that animal control officers generally get into the business because they care about the welfare of animals. They are doing their job and working within the confines of the law.

What is gray area to many caretakers is often black and white on the books. Avoid what they call the Savior Complex, that you are the only reason the cats are alive and surviving. While it may be true that you are the reason they are thriving, feral cats are survivors on their own.

In essence, always be polite and courteous and be willing to compromise to work within the black and white letter of the law.

How to Avoid Problems

The short answer is to avoid complaints about your colony. In order to do this here are a few steps you can take.

Educate your neighbors and neighborhood

Put up flyers about the problem of overpopulation and encouraging people to spay and neuter their pets so they aren’t contributing to the problem in the area. Talk to your immediate neighbors about what you are doing. Educate them on the benefits of TNR: fewer kittens, reduction of the feral population over time, less fighting, etc.

Bring statistics, studies, and the like and let them see that this isn’t just your idea, it is a proven method of controlling the feral population and reducing the risks inherent to overpopulation. If they know that someone is caring for the cats, they may be less likely to call animal control to “take care of the problem.”

Join up with a rescue organization

While they may not be able to offset the monetary costs, they may be able to defray the civil liabilities of an individual rescuer as well as having greater communication and standing (hopefully) with local animal control. Of course, the other major benefit is networking with other experienced rescuers, gathering ideas, and supporting each other.

On the edge of or within a wildlife preserve would be one area that is almost guaranteed to have problems and raise complaints. The complaints may be from entities that you simply cannot win against, namely state and federal wildlife or parks agencies.

If the cats are targets for abuse if there is extreme opposition from neighbors, then moving the colony may be the best option.

Moving a feral colony is never the first choice. In extreme situations, however, it is better than having an animal control trap and euthanize the cats as the only way to handle the complaints.

If you are living in an apartment/rental property, be sure to speak with the property management/landlord

In the case of apartments, the management will be the first place people will call to complain. Be aware that even a compassionate landlord may not be willing to outrightly grant permission to TNR on their property because of liability and health issues, although they may be willing to have a don’t-ask-don’t-tell attitude toward you if you present them with the information.

If you decide to go ahead without expressed permission, you will need to decide whether or not to let neighbors know what you are doing because complaints to the management will no doubt break any tenuous agreement with the landlords.

As a precautionary note, no matter whose permission you have, it is always good policy to not advertise where and when you will be trapping or feeding. Whenever trapping, it is a good idea to stay close and keep an eye on the traps, not only to minimize the stress on the cats but to give people with bad intentions as little chance as possible to do their deeds. Unfortunately, there are people who will make opportunities to hurt cats, and when it happens to ferals it is extremely difficult to prove and even more difficult to prosecute.

Are feral cats worth the potential problems? Definitely. They are living creatures and while they may not be protected under the law in most areas at this time, they deserve the chance to live a healthy life. In addition, TNR has been proven to be the only method that can truly control the population of feral cats since they are so adept at breeding.

In the short term, the best way to work with ferals and with the law is for individuals and organizations to work with those who must enforce the law, namely animal control. There are compromises that can be reached.

In the event that there are prohibitive statutes on the books or animal control refuses to work with you, the best course of action is to educate those in the area so that they are less likely to complain to animal control who will be required to enforce the code.

In the long term, this article shows the deficiencies of many codes that simply don’t have proper laws on the books to deal with TNR and feral cats. Again, education is the key.

There are groups out there who actively campaign against TNR. Feral advocates need to be just as proactive.

Heidi Bickel lives at the base of the Rocky Mountains in Lakewood, Colorado with her husband and two cats. She is the webmaster and coordinator of StrayPetAdvocacy.org and primarily works with two other longstanding members of The Cat Site Forums on these projects. 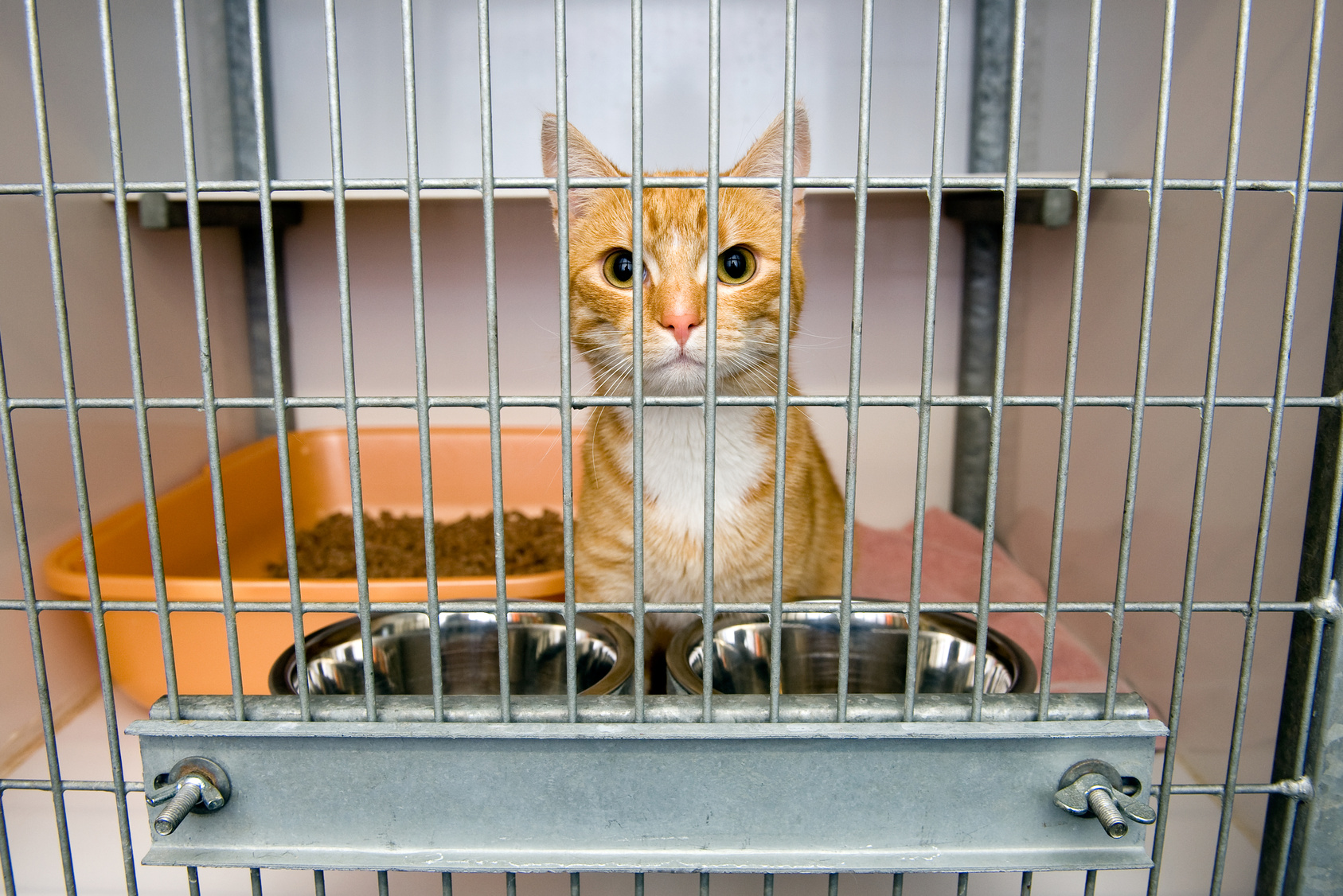 Volunteering At The Animal Shelter