What do Roman ruins and feral cats have in common? They’re both considered part of Rome’s rich heritage. Cats were long prized in Rome for their ability to keep the rodent population in check, and were considered sacred animals, associated with liberty and divinity. Cats often traveled with Roman armies, protecting their stores of grain.

There are about 300,000 feral cats in modern day Rome and they're protected by law. Any group of five or more cats living in a natural urban habitat is protected under Roman law from being relocated. The lucky ones who live in the ruins of the Coliseum, the Forum, and Torre Argentina have been officially named part of the city’s “bio-heritage.”

Torre Argentina Plaza (Largo di Torre Argentina) in Rome is famous for being the site of Pompey’s Theater, where Julius Caesar was assassinated in 44 BC. There are four temples on the site, the oldest dating back to the 4th or 3rd century BC. It’s in a sunny central location of old Rome, just two blocks from the Pantheon. 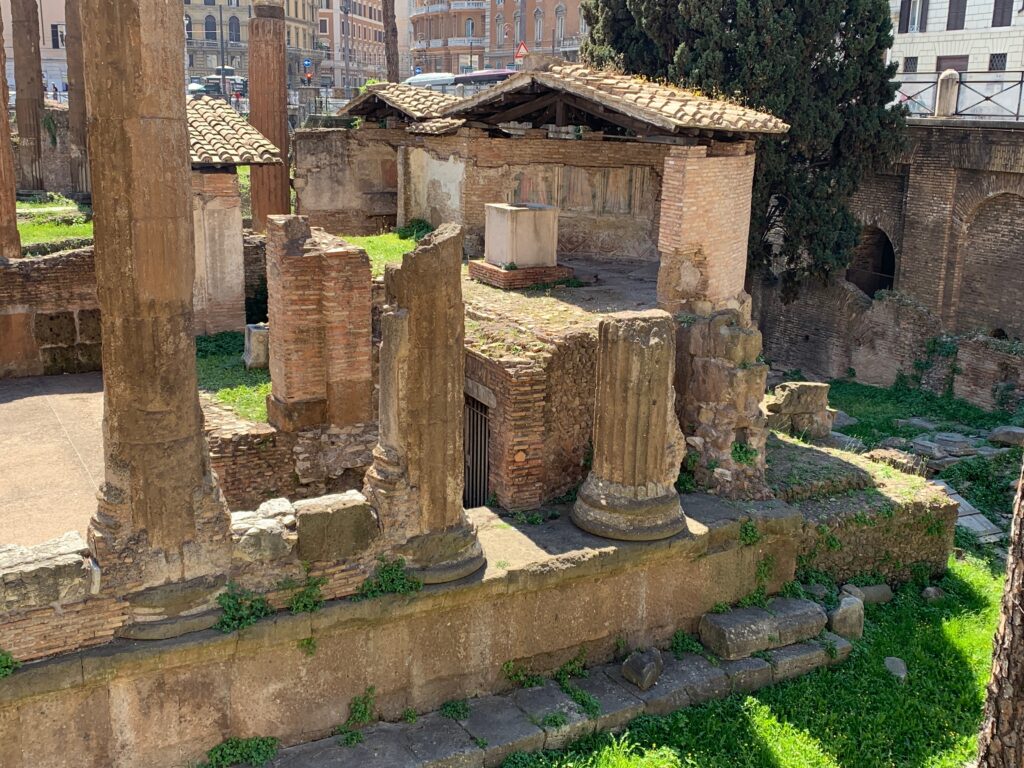 You can see the ruins from street level, but because archaeological work is still going on at the site, no one is allowed on the actual grounds of the ruins--except for certain special residents. Torre Argentina is home to about 130 feral cats who have long claimed the ruins as their own. 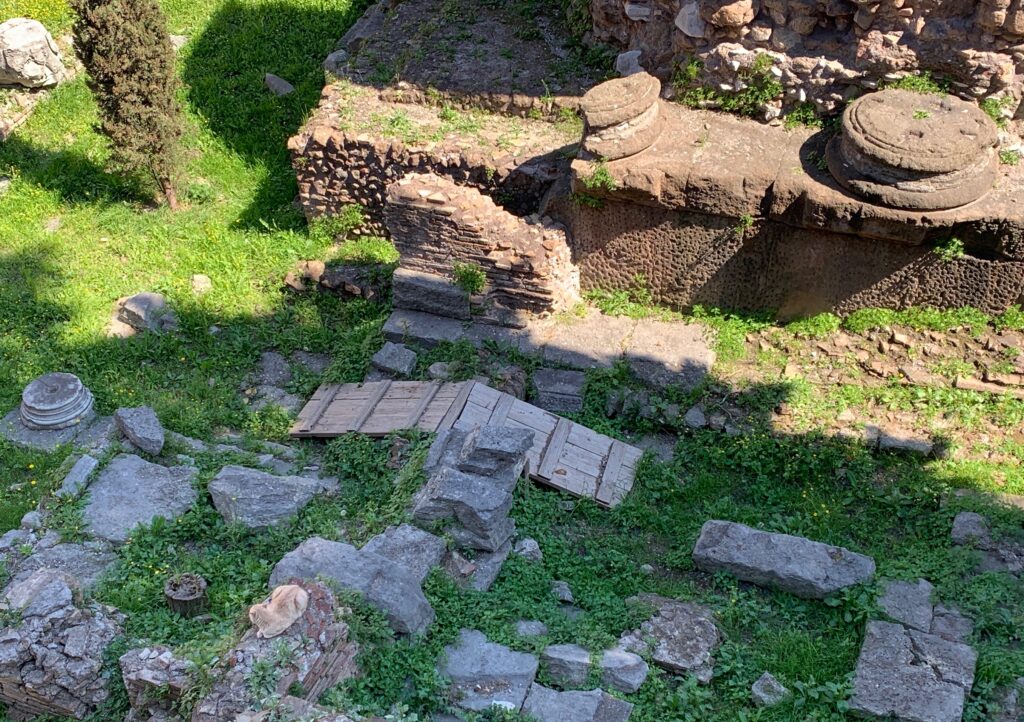 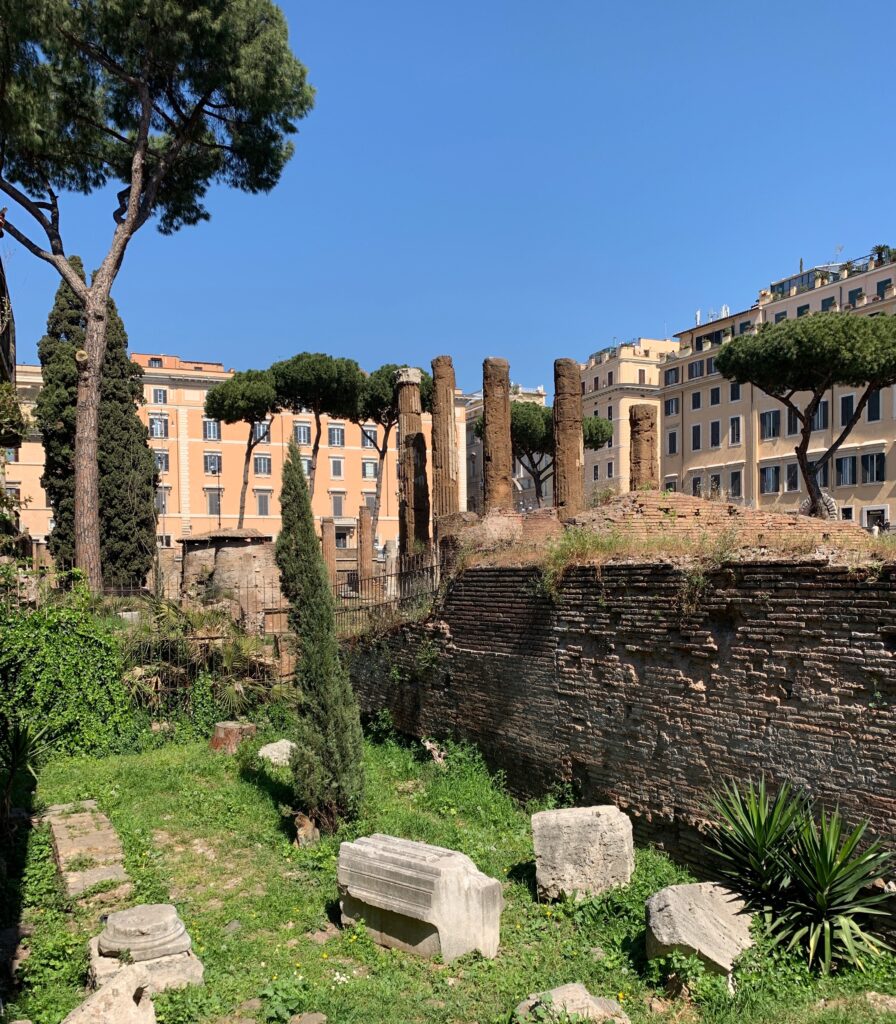 Once the site was excavated back in 1927, the feral cats started moving in. It’s a perfect spot for them. With its location below street level, the cats have protection from street traffic and pedestrians, and the ruins offer shelter and protection from the weather. The ‘gattare,’ or cat ladies, fed and took care of them for many years.

In the 1990s, a volunteer organization officially took over the care and feeding of the cats. Torre Argentina Cat Sanctuary (TACS) was given permission to open a small shelter on the grounds of the ruins. Torre Argentina is now known as “the place where emperors once ruled and cats now reign.” 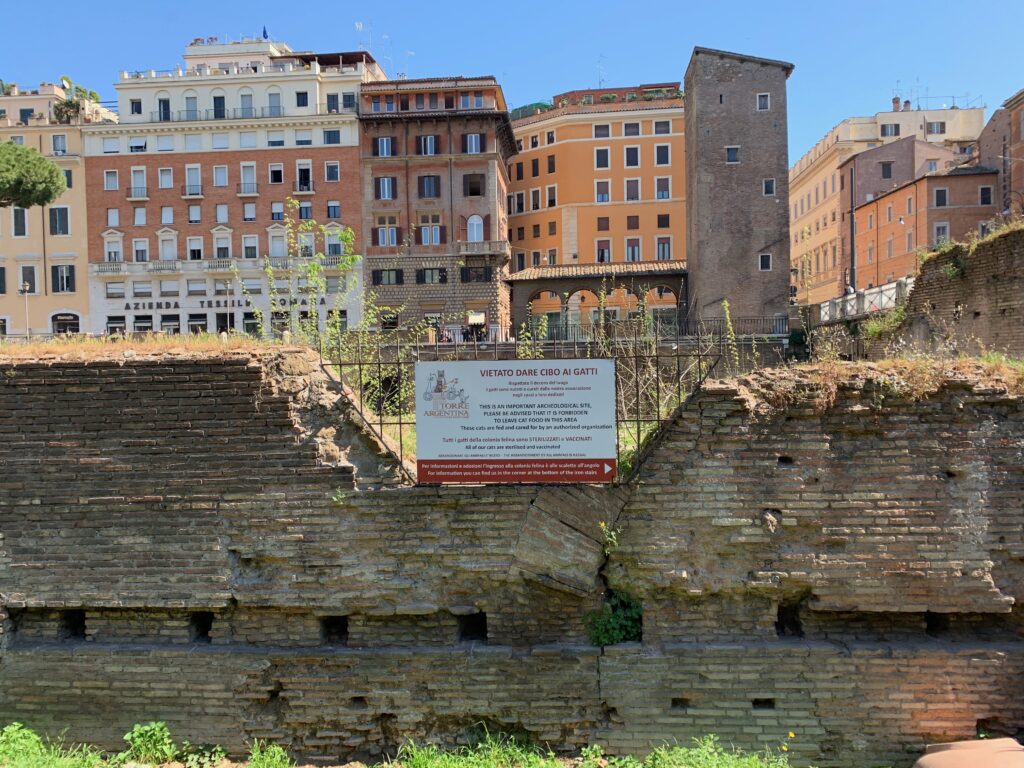 I was lucky enough to visit Rome in April of this year, and the sanctuary was one of the first stops on my itinerary. It’s open to visitors every day of the year in the afternoons. 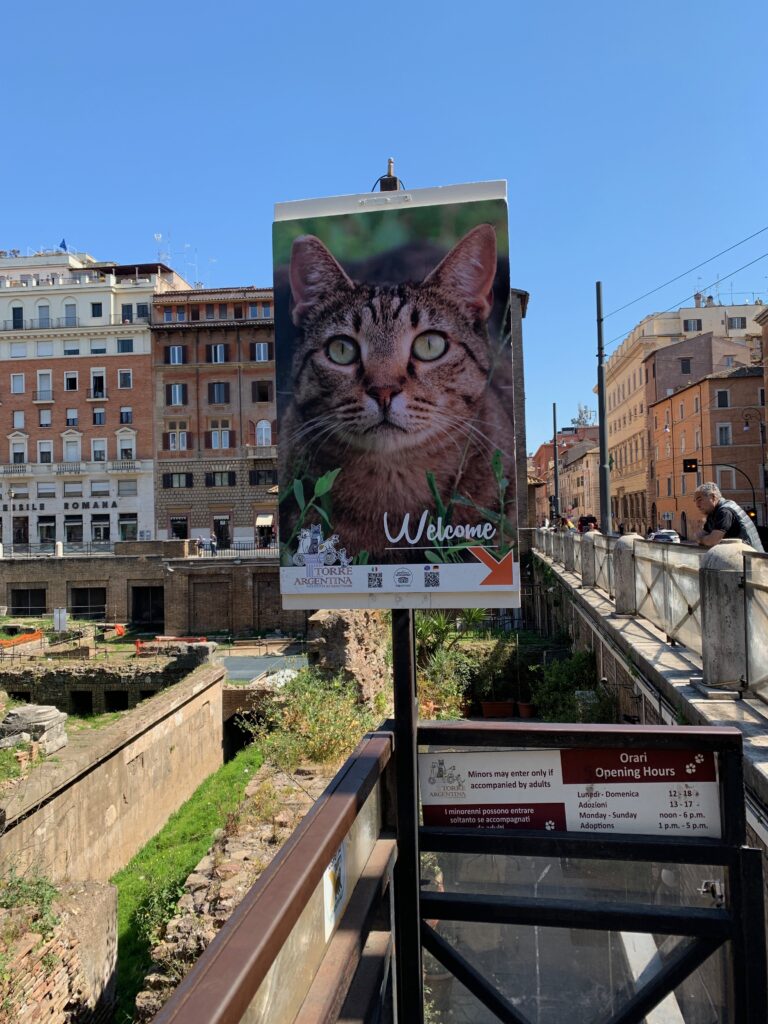 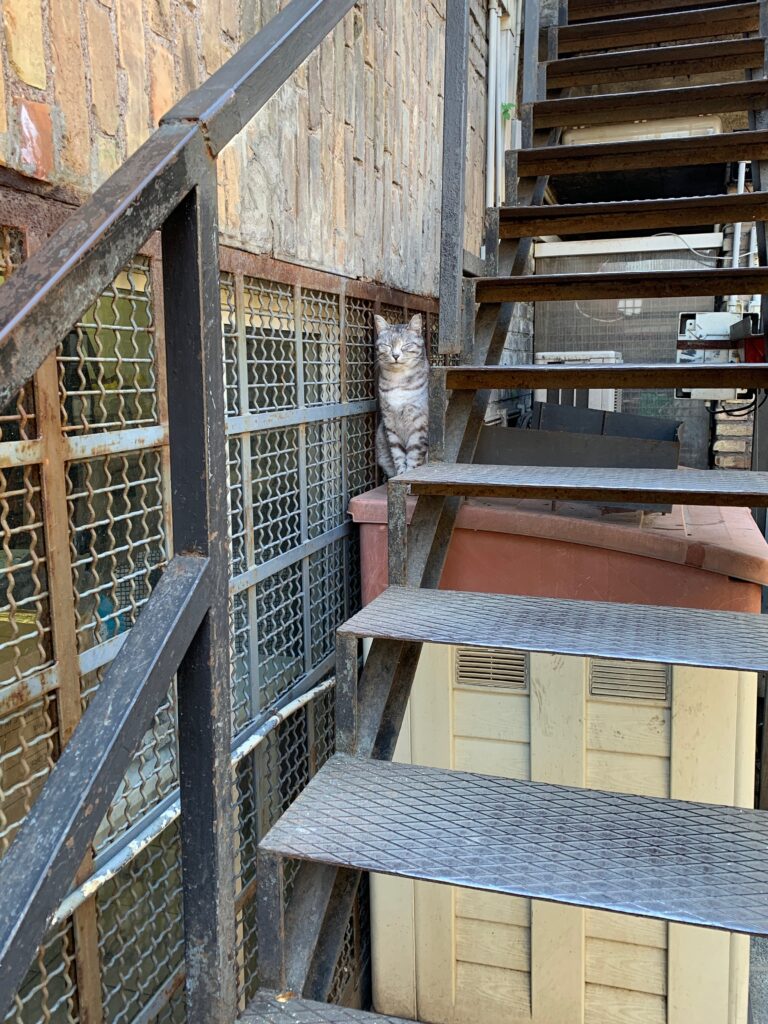 Monica Baraschi is one of the directors of the sanctuary and was there when I visited. 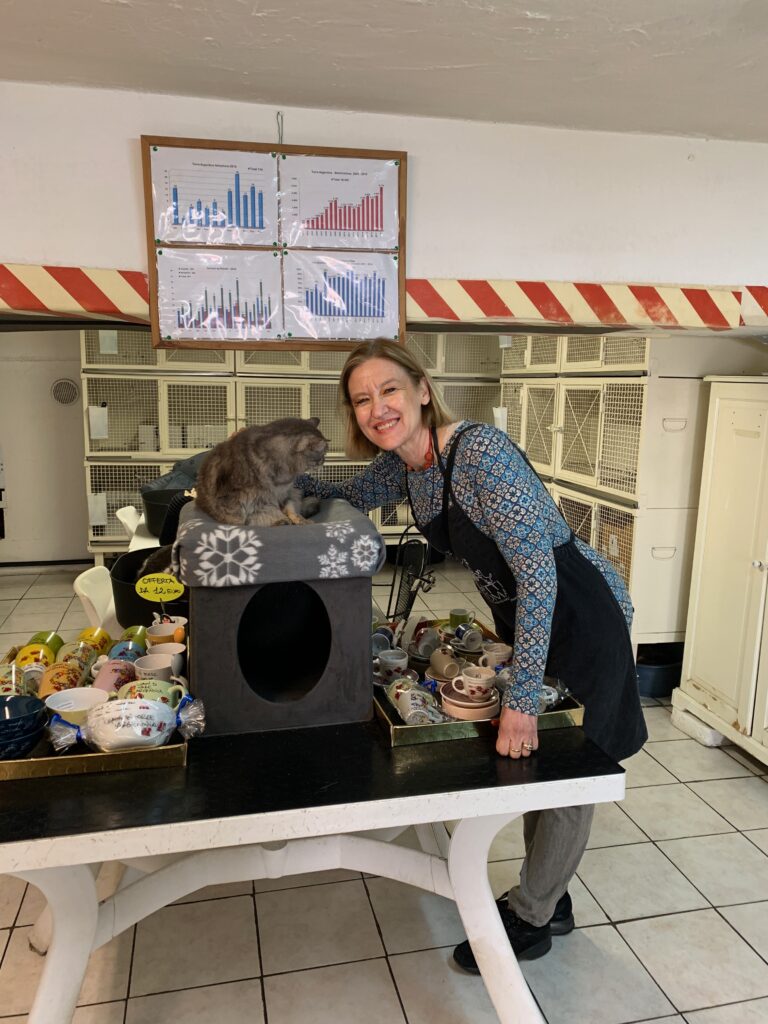 She showed me around the place and told me about their program. TACS runs a TNR program, spaying and neutering between 4,000 to 5,000 cats a year. Some of the cats are friendly enough that they’re up for adoption. There’s also a sponsorship program allowing people to symbolically ‘adopt’ a kitty for a monthly fee, providing much-needed donations to the organization.

They have a small reception area, and rooms for cats recovering from injuries or spay/neuter surgeries. Volunteers feed and tend to the cats who need special care. 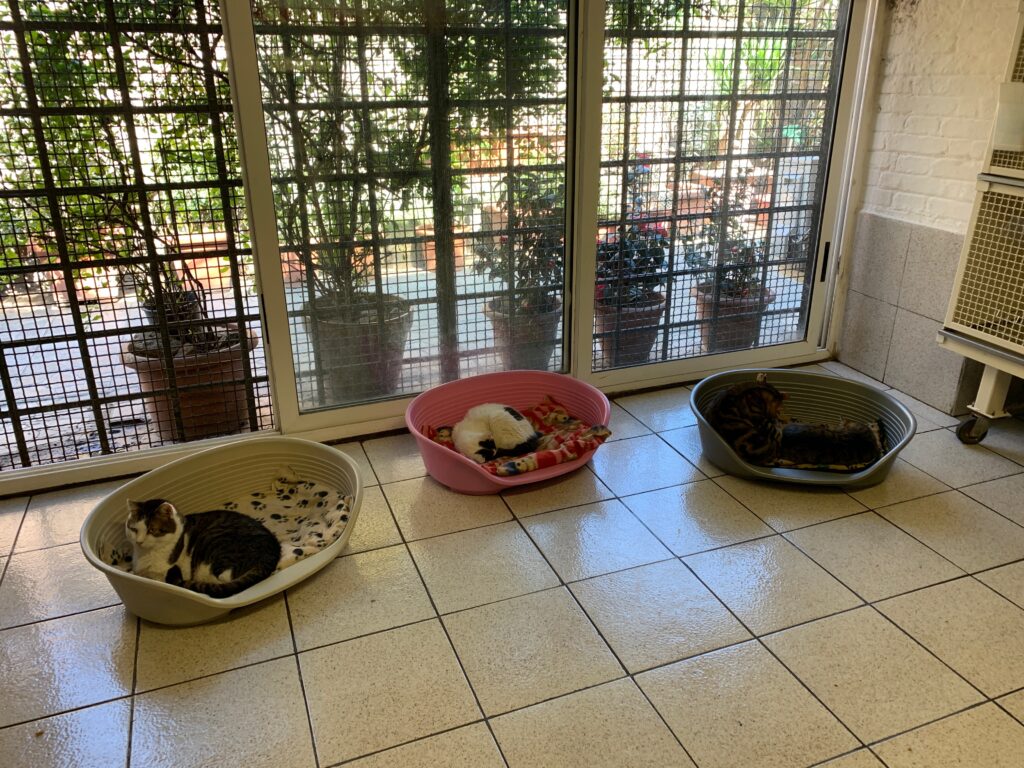 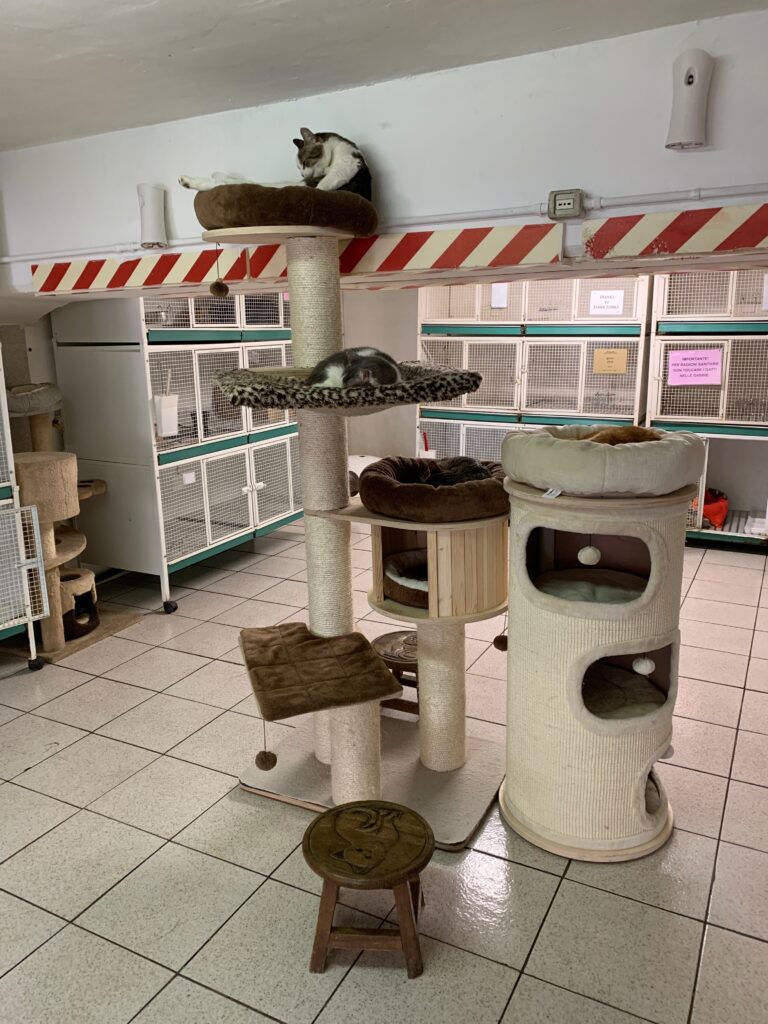 They have some wonderful items for sale to raise money for their program, and I scored this adorable hand painted mug. 🙂 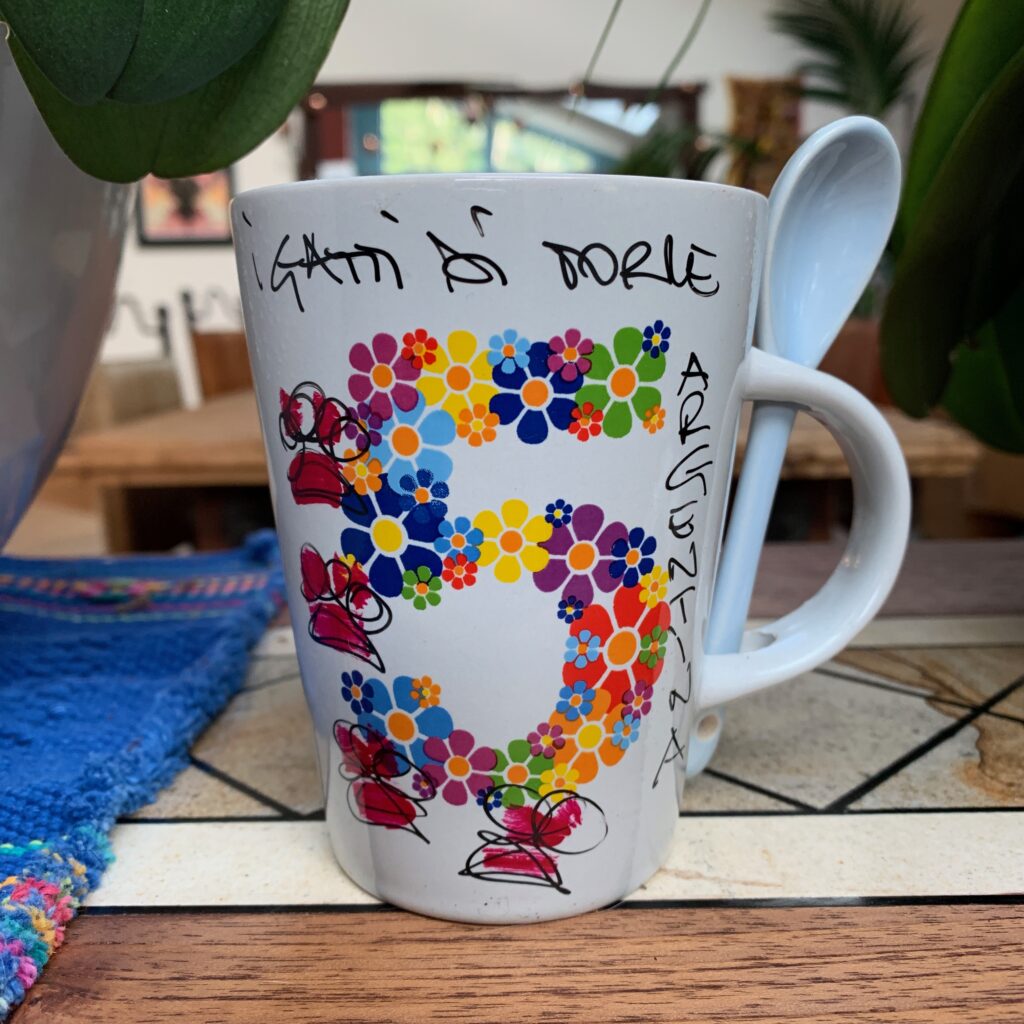 If you go to Rome, stop in to say ciao to the cats of Torre Argentina! 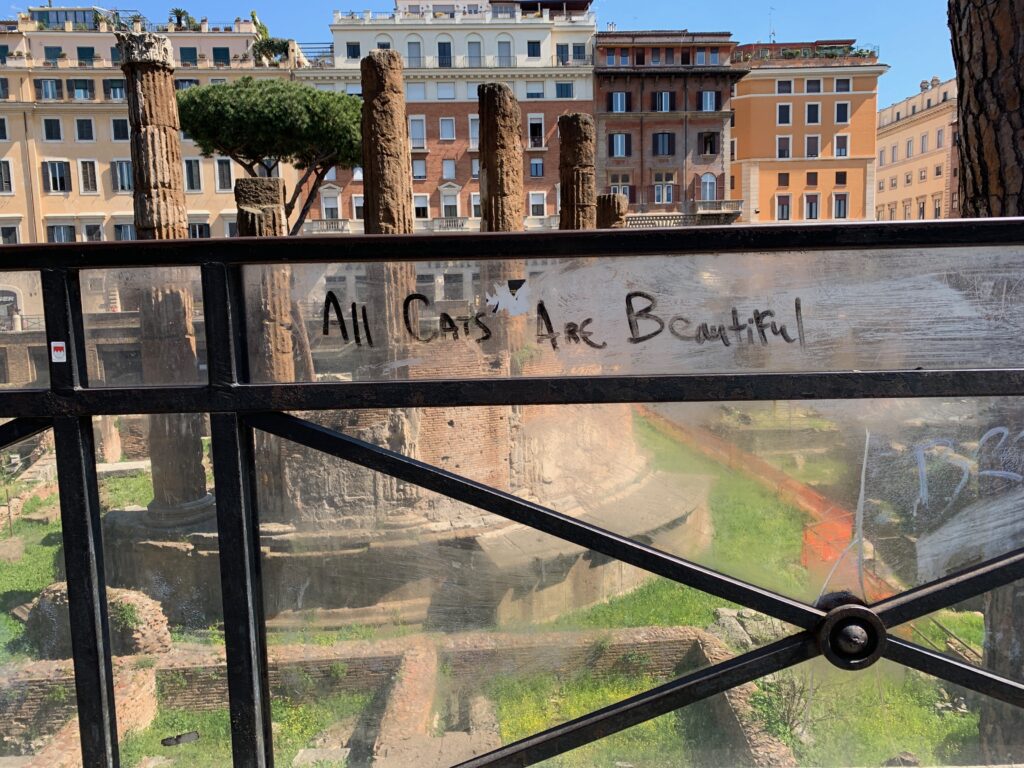 To learn more about TACS, visit their website at https://www.gattidiroma.net/web/en/ 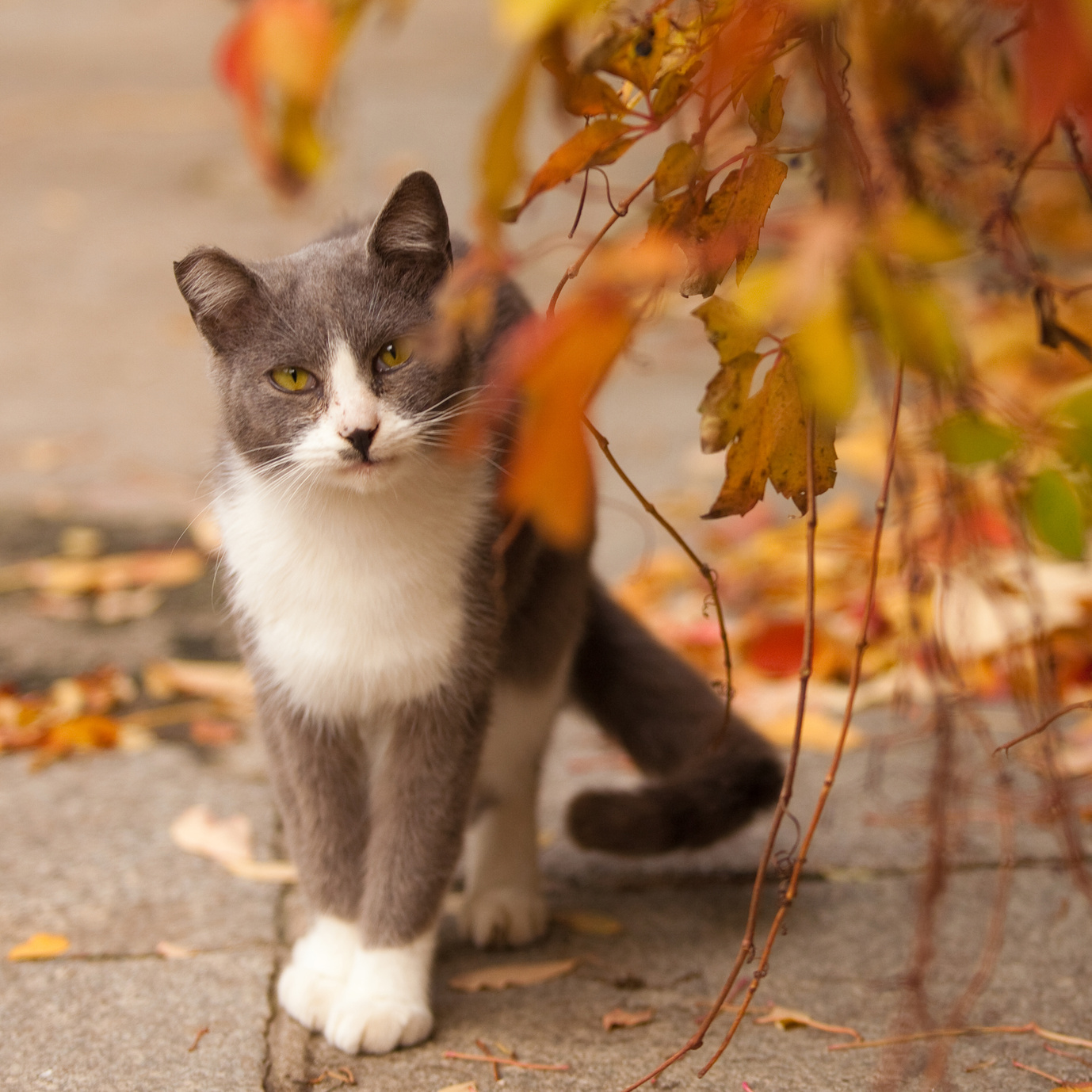 How Much Does It Cost To Adopt A Shelter Cat?

10 comments on “The Roman Cat Colony Of Torre Argentina”

cassiopea said:
I've visited there too in July 2018! Twice! Ah, good memories. It really is a nice place and thankful that they exist. I had bought a tshirt, a hand towel, cat toys and a calendar from them :redheartpump:

I even made a post in a forum about it too that summer: Torre Argentina Cat Sanctuary In Rome
That's really nice that all those people take care of all those cats. That was interesting when they excavated those ruins the cats moved in. Guess the cats liked what they saw. ;) Glad they let the cats stay there instead of trying to get rid of them. That sanctuary looked nice too. Those cats really have a good life there! :) Good article! Thanks for posting. :)
I've visited there too in July 2018! Twice! Ah, good memories. It really is a nice place and thankful that they exist. I had bought a tshirt, a hand towel, cat toys and a calendar from them :redheartpump:
I've read quite a few articles about these world-famous cats, and this is is the best by far. *FIVE STARS* and sharing to my socials, with a message to Australia, New Zealand, the USA, and whatever other societies need some wisdom and compassion (that's almost all of them).
That's a unique approach to ferals! A sharp contrast to everyone else.