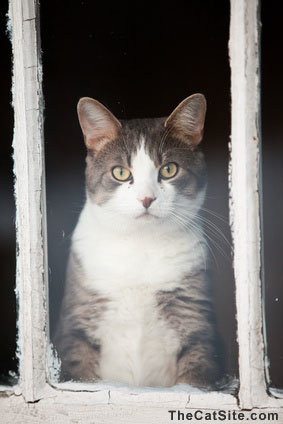 Wikipedia says separation anxiety disorder (SAD) is a psychological condition in which an individual experiences excessive anxiety regarding separation from home or from people to whom the individual has a strong emotional attachment. It’s often associated with dogs who, left alone, display frantic behavior like destroying furniture, scratching the door or howling until their person is home again but cats can be anxious as well. When we asked our members about this topic, it became clear just how real separation anxiety can be with cats.

Feralvr says her cat Pipsqueak started showing signs of anxiety after his best friend, Potsie, became ill while she was gone. Potsie was rushed to the vet but didn’t survive and Pipsqueak now tries to delay or stop her from leaving the house. “When I grab my purse, he starts acting up in any way he can—he gets under my feet, talks up a storm, demands I toss his puff ball toy, runs to the door and will even go in the closet when I try to get my shoes out and on.” He also howls but does stop once she’s gone. Pip is most upset in the few minutes she’s getting ready to leave.

Aria displays a different kind of anxiety, says vball91. “My husband says that when I’m gone, Aria is very clingy and needy and meows constantly.” Aria always wants to be on his lap but is much more insistent about it. “She could just be asking my husband where her personal slave is!”

It’s a good idea to take a short trip before a longer vacation, so your cat can get used to the idea of his family being away and another caretaker, like a pet sitter, family or friend he knows, coming by to see and feed him. SocksJr says her first trip was for two days. The next was for a week and a family friend came by daily. For the first three days, the cat came out but after that, hid under the couch and meowed. She stopped grooming herself and her normally soft hair became matted and dirty. Once her people were home again, she was back to her social self and cleaned up her fur within two days.

Katnurse is a vet tech who catsits for clients. One lavender point Siamese is fine until about day six or seven of his owner’s absence but then starts to pull hair out until he has bald patches. His asthma also acts up, even though he’s taking his medicine as prescribed. “When family returns, all goes back to normal. I think he just misses his family!”

Boarding the cat is another option. Mary Louise reports that she boarded all three of hers at the vet’s office while she was in Hawaii. “Our vets almost told us to come home early because Baby went on a hunger strike.” In addition to the stress of being away from his people, in a strange facility, there were also dogs. “Baby didn’t like dogs.”

Yayi had someone stay at the house when she traveled. “The cats pawed at the bedroom door and meowed, more vocal than usual. They hardly ate.” In spite of the anxiety they had over their person being gone, when she came home, they ignored her! Once she showered and changed clothes, they came running for attention. Was she being punished for leaving or did they wait to see if she was home to stay before forgiving her for leaving?

1of10000fists says her cat cries constantly when she leaves. After she graduated from school and didn’t need to leave home as often, he got used to her being home much of the time. A trip to the grocery could cause anxiety. “We talk all the time, he talks to me a lot too. I tell him where I’m going and how long I’ll be gone. If I forget, he waits by the door, head bobbing around, looking anxious and his eyes are scared and wide.” Keeping him updated on what she’s doing seems to help. “ I’ve noticed that sometimes he wants to be in the garage with me or look out the front door. I let him look around. We sit on the porch. I put him in my coat and zip him in and we’ll just sit till he wants to go in. Sometimes, he goes with me to get the mail. The more I do these things with him, the less anxious he is when I leave.”

“I sometimes put a clock nearby too, and tell him when the clock is “here” I’ll be home. He looks at it, sniffs it and goes back to bathing. I feel like anyone watching would think I’m a moron talking to him like this but it makes him feel better and calm, so I don’t care.”

It’s hard to know the mind of a cat but with patience and a bit of experimentation, you can find out what works best to keep your cat calm when you’re away.

If you think your cat suffers from separation anxiety, or have any questions about this topic, please post them in the Cat Behavior Forum. You’re welcome to leave feedback in the comments section below, but any specific questions for which you need replies belong in the forums. Thank you. 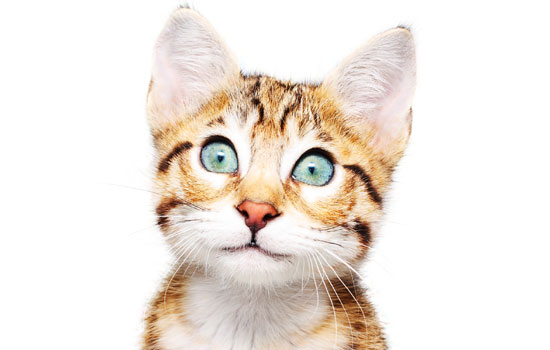 Why Do Cats…? A Guide To Understanding Feline Behavior

10 Must-know Tips For Happy Living With A Shy Cat 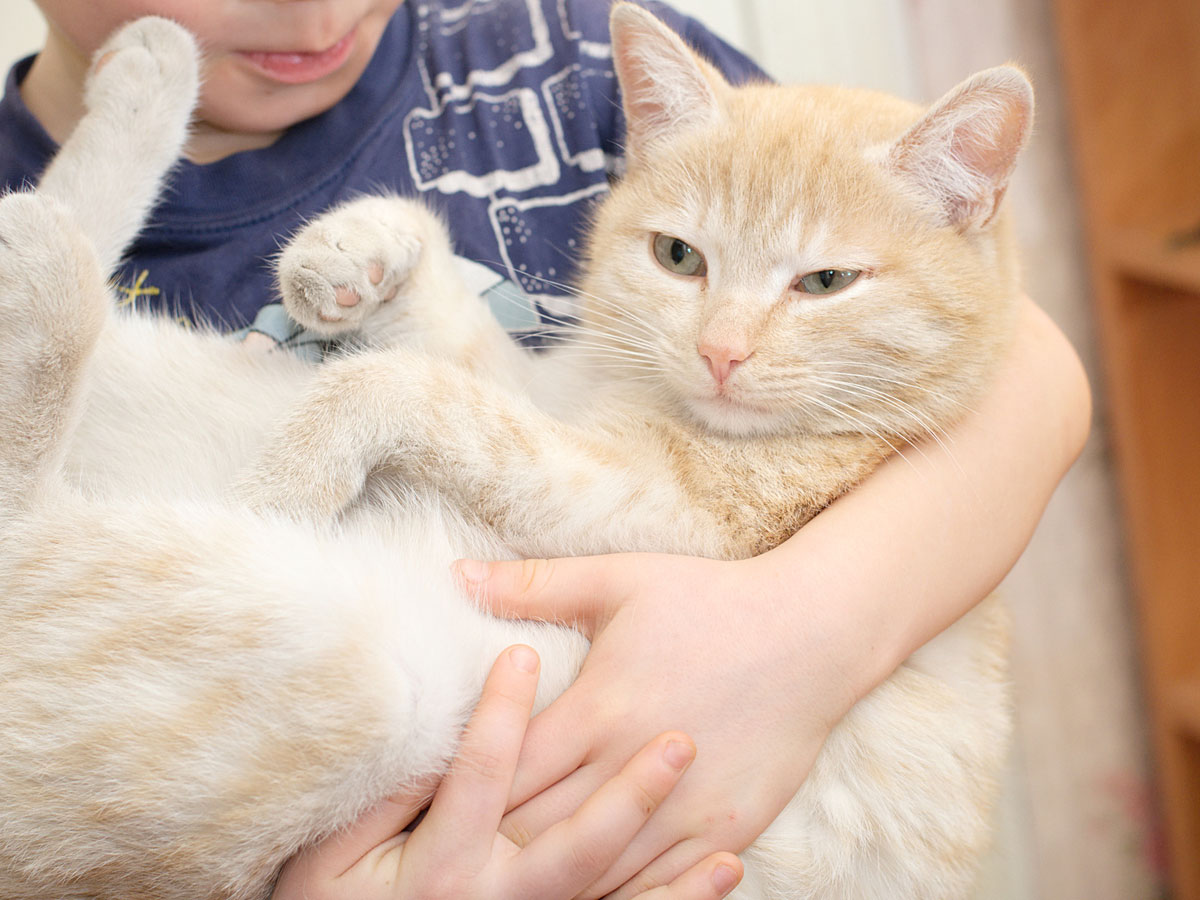 Your Cat Probably Hates It When You…

4 comments on “Separation Anxiety In Cats”

I get to work from home now but before that, I always had trouble leaving for work.  I don't think my cats have any sort of separation anxiety, but they're so sweet and cuddly and they would always climb give me snuggles before I was ready to go and I just didn't want to put them down.  Especially when they purred themselves to sleep on me.  I think I'm the one with separation anxiety!  LOL
My boy January sure had separation anxiety when we went for holidays. We planned our holidays way ahead last year. January was a rescue, not from a shelter but he was found abandoned and injured in a drain. So he came into our lives this January when he was only 3 weeks old and thus he was named January. We did not know where to house him when we leave for our holidays. So we started looking out for boarding house for him. Also was thinking about leaving him with the vet. After some considerations, we decided not to leave him at the boarding house as we were afraid that he'll come back a different cat and also not leaving him at the vet because he'll be caged up all the while with all the barking dogs. So we decided to leave him at home since he has already familiarized himself to our house. And we made plans for some friends to come over to feed him, play with him and to clear his litter box each day which is 3 times a day for feeding. He was about 6 months old when we went away. We were away for the next 6 days and we were sent photos of him each day and boy, his look on the photos were totally different from his normal look. So we came back on the 6th day, he was so happy to see us and kept meowing and meowing and wanted us to carry him. But then, our planned holiday was for another 6 days and have to leave the day after. So the on the eve of the day we were supposed to leave, we repacked our luggage. And we can see in his eyes that he sense that we are going away again. So we left the next day and had a different friend to come over. Man! Was he stressed out! His poor look on the photo and face time made me wanna get home immediately and forget about the holidays. In fact, we did not enjoy the holidays as we were as anxious as January. Boy, we really missed him and needless to say he missed us. So finally we came back and was he relieved to see us and for the next few days, his look is like, 'are you guys going away again?' So now, we are not going to leave him alone ever again!
I am now realizing my cat has separation anxiety. Especially since my spouse passed April 1st this year she wants to constantly sit on my lap. I thought she was grieving and trying to soothe me during my grieving. I now allow her to enter bedroom since my spouse & I never did previously. After 3 months I decided to visit my grandchildren in another state for 6 days and decided to board her since I had no other options. BIG MISTAKE!!!! She went on food strike, hissed and lunged at staff at the Petsmart location. They were going to release her to boarding/hospital facility if I didn't take her out. A family member removed her for me and took her to my apartment while another family member traveled 400 miles to stay with her in my absence. She spent 4 days there and this was stressful for all involved.
My cat seems to know when I'm due home-and is often in the window when I arrive. By the time I get to the door, he's there with his tail fluffed up and rubbing on everything. But if my schedule changes, and I am gone too often, he's been known to get upset and behave badly, making noise in the middle of the night or getting into things that will force me to pay him more attention. This also applies to the computer-He pokes at me and meows in my face if I'm on it too long.