The major pet food recalls of the past decade brought on a renaissance of alternative diets for dogs and cats. In what appears to be more than just a temporary fad, many cats are now fed homemade, often raw meat-based diets.

In a recent Skype call with Dr. Martha Cline, DVM, Diplomate ACVN, we dedicated a substantial amount of time to discussing raw meat-based diets for cats. Dr. Cline shared with us information about recent studies, looking both at the nutritional aspects of feeding raw, as well as safety concerns. We've also talked about other aspects of feline nutrition, which were covered in the first part of my interview with Dr. Cline here.

Raw Food - Is it Better? 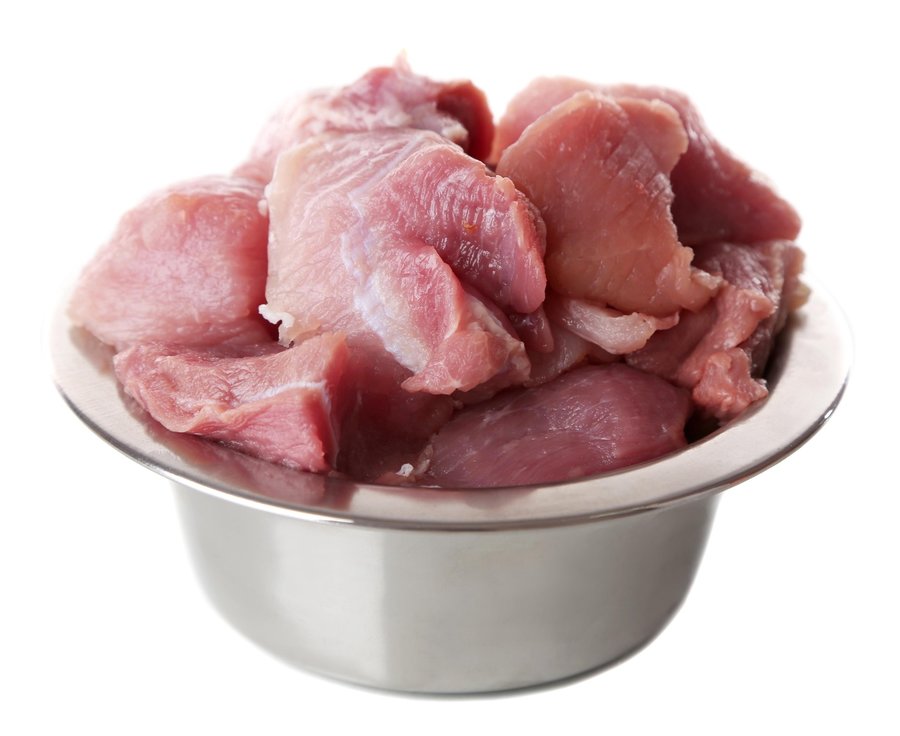 Proponents of raw meat-based diets often rave about the long list of benefits to the cat’s health. What does science tell us though? Is feeding raw meat really better for cats? I asked Dr. Cline this question and as it turns out, the answer is more complicated than just “yes”, or “no”.

“The body of evidence surrounding raw meat-based diets, particularly in cats, is really small at this point”, replied Dr. Cline. “There are people doing research, which is important because it is such a big question in veterinary medicine.”

In fact, a more recent study is a PhD thesis assessing the nutritional adequacy and performance of these diets in cats. The study involved three groups of kittens. “The researcher raised kittens on a home-prepared raw meat-based diet she formulated to be complete and balanced, on a commercially-available raw meat-based diet and on a commercial dry kitten food diet,” Dr. Cline described. “All of the diets were able to pass the AAFCO growth trials. She was able to show that you can grow these kittens on a complete and balanced home-prepared raw meat-based diet.”

According to Dr. Cline, the study also “looked at immune function for these kittens and found that the cats that had been fed the raw diet had a higher immunoglobulin and lymphocyte count.” However, the interpretation of those results relies on several factors: “We don’t know if that means they have better immune function”, said Dr. Cline. “Potentially the raw-fed kittens were exposed to more pathogens. They're going to have a different immune response because their bodies had more to deal with.”

This PhD thesis, as well as other studies that examined raw diets, came up with a similar conclusion about one aspect: “Compared to commercially-extruded dry diets, raw diets show improved digestibility that resulted in decreased fecal output,” Dr. Cline stated. “This can certainly be seen as a benefit.”

So, raw diets can be nutritionally balanced and complete, and they do result in decreased stool volume. As far as evidence-based nutrition goes, that’s some of what we know so far. Dr. Cline summed this up, saying: “We know that when the diet is complete and balanced we can raise them on this diet. We know that they’re going to have a high digestibility so the proteins and the ingredients in this diet are going to be easy to digest. When you search online for all the benefits of these diets you see giant lists of the things that these diets can do for your animal. Many of these anecdotal benefits are not supported by evidence in the scientific literature. That’s not saying either way, it’s just that we don’t have the studies out there to know whether or not it’s true.”

The AVMA (American Veterinary Medical Association) advises against feeding raw meat to dogs and cats. Their reasoning has to do with potential pathogen contamination and public health concerns. Their policy statement clearly states that raw meat-based diets should be avoided “because of the risk of illness to cats and dogs as well as humans.”

Considering most people handle raw meat at home anyway, I asked Dr. Cline why would preparing raw meats for our pets be any different. “I handle raw meat in my kitchen all the time,” she answered. “I’m going to practice the same safe handling skills while I’m handling raw meat for myself, as potential owners who are preparing it should for their animals. A lot of owners will recognize the risks that we’re taking if we have raw meat in our kitchen while preparing it.”

However, when you feed raw, the risk goes beyond preparation time. This is where it differs from preparing meat for human consumption. “When you’re feeding raw meat to an animal, the risk extends beyond the handling period,” says Dr. Cline. “We know that some of these animals can become carriers for bacteria following consumption of raw meat. They can then shed it in their feces. Your animal can become a potential source of infection for people. Reports also exist of cats becoming ill from raw meat-based diets. It’s not just Salmonella. There are a lot of other pathogens to consider as well.”

With some of these pathogens, shedding isn't limited to the litter box either. Cats may have bacteria present in their mouths or on their coats due to their grooming habits. Along with Salmonella, Dr. Cline mentioned Listeria monocytogenes as another potential contaminant. “In a recent study the FDA looked at commercially-based raw pet food. They had looked at almost 200 products and they found that 32 of those were contaminated with Listeria. Listeria is an important bacteria when you’re looking at public health risks because there’s a high rate of morbidity and mortality associated with it.”

It’s not just bacteria either. Toxoplasma gondii is a single-cell parasite that can be found in raw or undercooked meat. Freezing the meat can kill toxoplasma but Dr. Cline cautions that “the meat needs to be frozen at 0F (-18C) for at least 24 hours. The freezer temperature should be monitored with a freezer thermometer. Freezing doesn't kill other pathogens, so it doesn't eliminate all the risks.”

Dr. Cline also mentioned that she realized people will go on feeding raw and said that it’s important for them to understand that “the risk extends beyond the handling period in the kitchen. “Your animal may become a source of infection for you and those around you as well.” She added: “I strongly advise against feeding raw meat-based diets in households with children, those who are immunocompromised, the elderly, pregnant or nursing women, or animals in similar situations, due to their increased risk of illness. For those owners I work with who desire to feed raw, my job is to educate them to the best of my ability so they can make informed decisions for themselves and their animals going forward. I and all veterinarians took an oath or protect animals and public health, therefore we should inform owners when there are risks involved with what they are feeding”

Dr. Cline added that the risk from Salmonella was not limited to raw meat-based diets. Commercial dry food and treats have been found to carry Salmonella, so owners should learn to handle kibble and treats safely as well. “There are cases of people actually getting sick from handling commercial pet food that was contaminated with Salmonella,” she said. “Whenever I handle commercial food, such as scooping my dog’s food out of the container, I always wash my hands afterwards.”

Consulting with a Veterinary Nutritionist

I asked Dr. Cline whether owners can consult with a nutritionist when feeding a homemade diet. “If owners are interested in working with a veterinary nutritionist, they definitely should reach out to one,” she replied. For cat owners living in the US, she recommended the American College of Veterinary Nutrition website (http://www.acvn.org/). The European College of Veterinarian Comparative Nutrition (http://www.esvcn.eu/) is the European equivalent. Both sites have lists of veterinary nutritionists who can be contacted for consultations. Dr. Cline herself is an ACVN diplomate, but she’s only available for in-person consultations in the New Jersey area.

If you have more questions about feeding a homemade diet, raw or cooked, please post in our Raw & Home-Cooked Cat Food forum.

Common Foods That Are Harmful To Cats 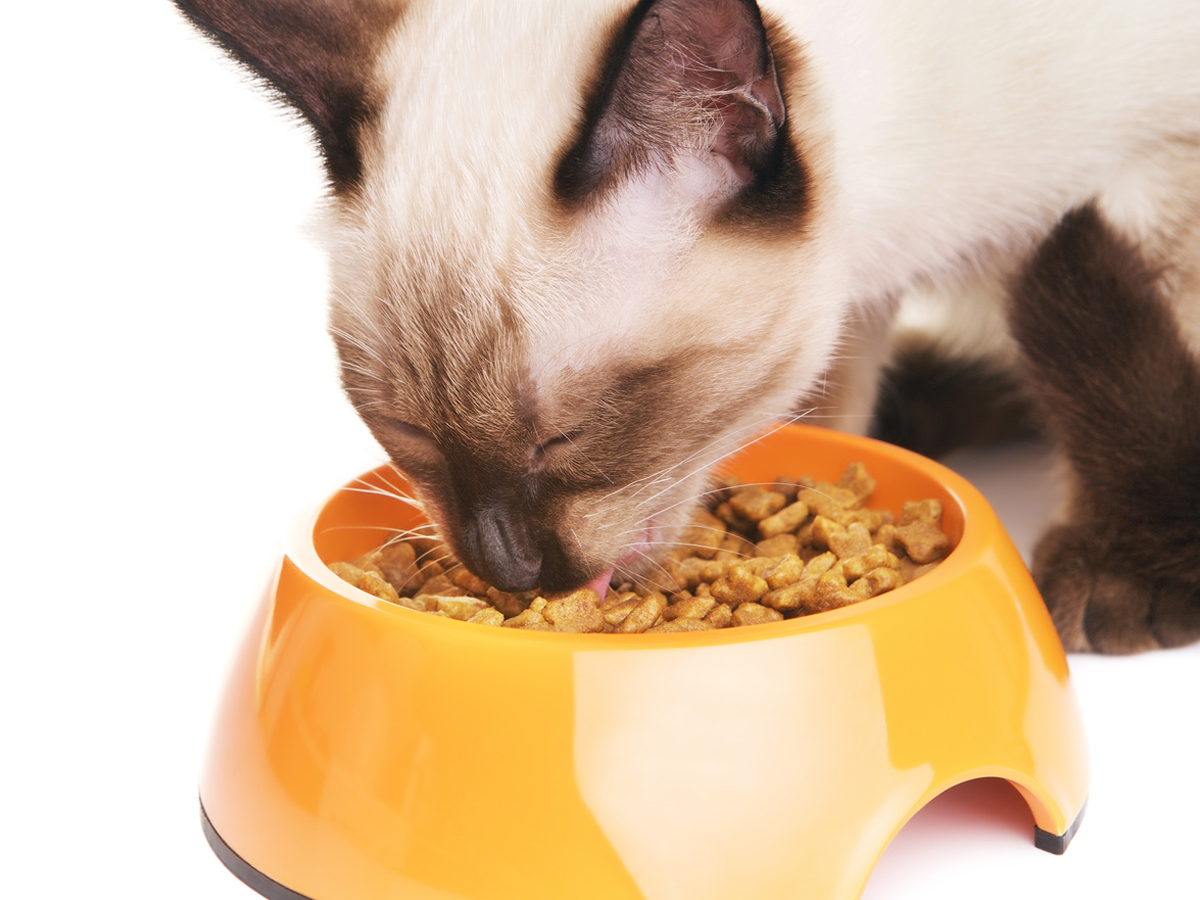 How To Choose The Best Dry Cat Food?

I'm with you Zoneout.  I make raw food at home and source all the ingredients myself.  I've been feeding raw muscle and organ meat with supplements to my cats for over 15 years and have had no problems whatsoever.  Not only are their stools more compact with less odor, but health issues have been nearly zero. Raw food is particularly good for the stimulation and maintenance of healthy gums and cleaning tartar off the back teeth (I do include bone and they enjoy chewing and eating bones), and there are no weight issues as raw food is more bio-available to cats than cooked food, hence, they eat less.  I've started my new 13 week old kittens with a mix of quality kitten canned food and raw food and they are actually picking out and eating the raw food and leaving behind the canned!  If that's not the ultimate endorsement for a raw food diet then I don't know what is.  A cat's digestive track is not like a humans.  Cats are obligate carnivores and as such, they can tolerate pathogens that might otherwise make us quite ill.  Even so, proper handling is always important, but in 15 years of feeding raw, my cats have never had an issue with parasites or protozoa from human grade raw food.  Also, over the years, with the lack of good regulation, I've become more concerned about what's going into commercial diets.  About 10 years ago a gluten from China was used in commercial pet food and caused kidney failure and death in some 9,000 documented dogs and cats, the number of undocumented cases was probably that and more.  Something to consider.
@zoneout while I respect your choice to feed raw, it is worth mentioning that many many cats lead long healthy lives while eating commercial food, and even kibble. Not only that, but some cats fed raw get sick, believe it or not, with diseases known to science and as it happens, with conditions vets haven't seen in a long while (those caused by nutritional deficiencies due to people feeding unbalanced homemade diets).
This entire argument is ridiculous.   Cats eat meat - raw meat.   Not only that, but they thrive on raw meat in ways far beyond what commercial canned food provide.   I wont even get into dry kibble which borders on cruelty.   Dont tell me how convenient it is to feed when 5-10 years down the road your pet has got every disease known to science and some the vets havent even seen before.   When you post a video on youtube of a cat grilling its meat for dinner then I will change my mind.    Until then my cats are getting raw meat.   Thank you.
Thanks for this informative interview. I support the use of raw diets for cats, but let's not overlook that part of the reason these kinds of diets are beneficial is not just what IS in them, but also what's NOT in them. There's no reason one couldn't lightly cook raw meat to quell the concerns about bacterial contamination. It would still be FAR superior to a diet of a lot of corn, soy, and a little bit of slaughterhouse floor scrapings :).
"Dr. Cline mentioned Listeria monocytogenes as another potential contaminant. “In a recent study the FDA looked at commercially-based raw pet food. They had looked at almost 200 products and they found that 32 of those were contaminated with Listeria. Listeria is an important bacteria when you’re looking at public health risks because there’s a high rate of morbidity and mortality associated with it.”" -I bet this never crossed the mine of few if any raw feeders.