If you are a prospective cat parent searching for a cat that is a perfect fit for your family, you will probably find that two things draw you to potential cats: appearance and personality. You may have a strong preference for one trait or the other, such as an extra cuddly cat or one that is all black. Or you may be planning to just visit a shelter or pet store to see which cat you are drawn to. Either way, you might be wondering if a cat’s coat color has an impact on personality. We have done some research for you to answer this question.

While there is no solid evidence to support a connection between fur color and personality, several cat owners claim that there are correlations between the two. Here are some theories we’ve collected from cat owners on our forums:

If you want to know more about these claims and see how they measure up against scientific data, stick around and keep reading. We’ll also discuss what determines fur color, what the rarest coat color is, and more. 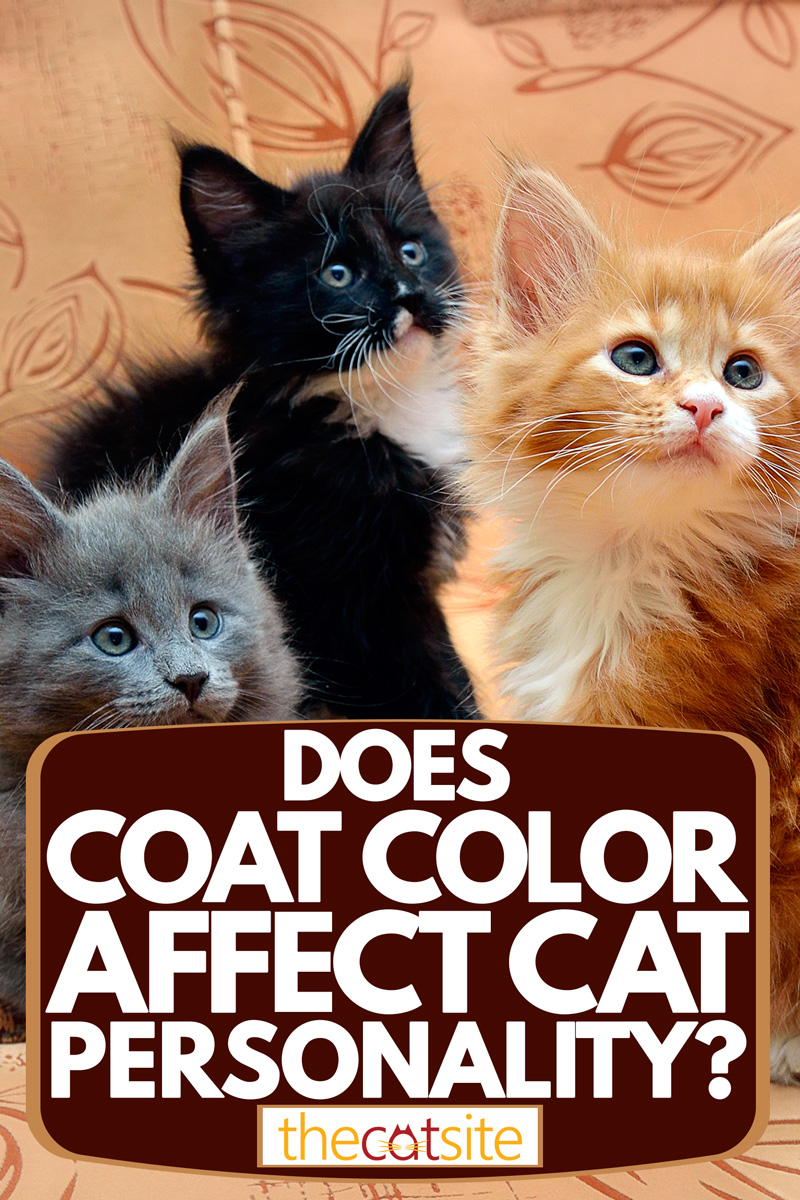 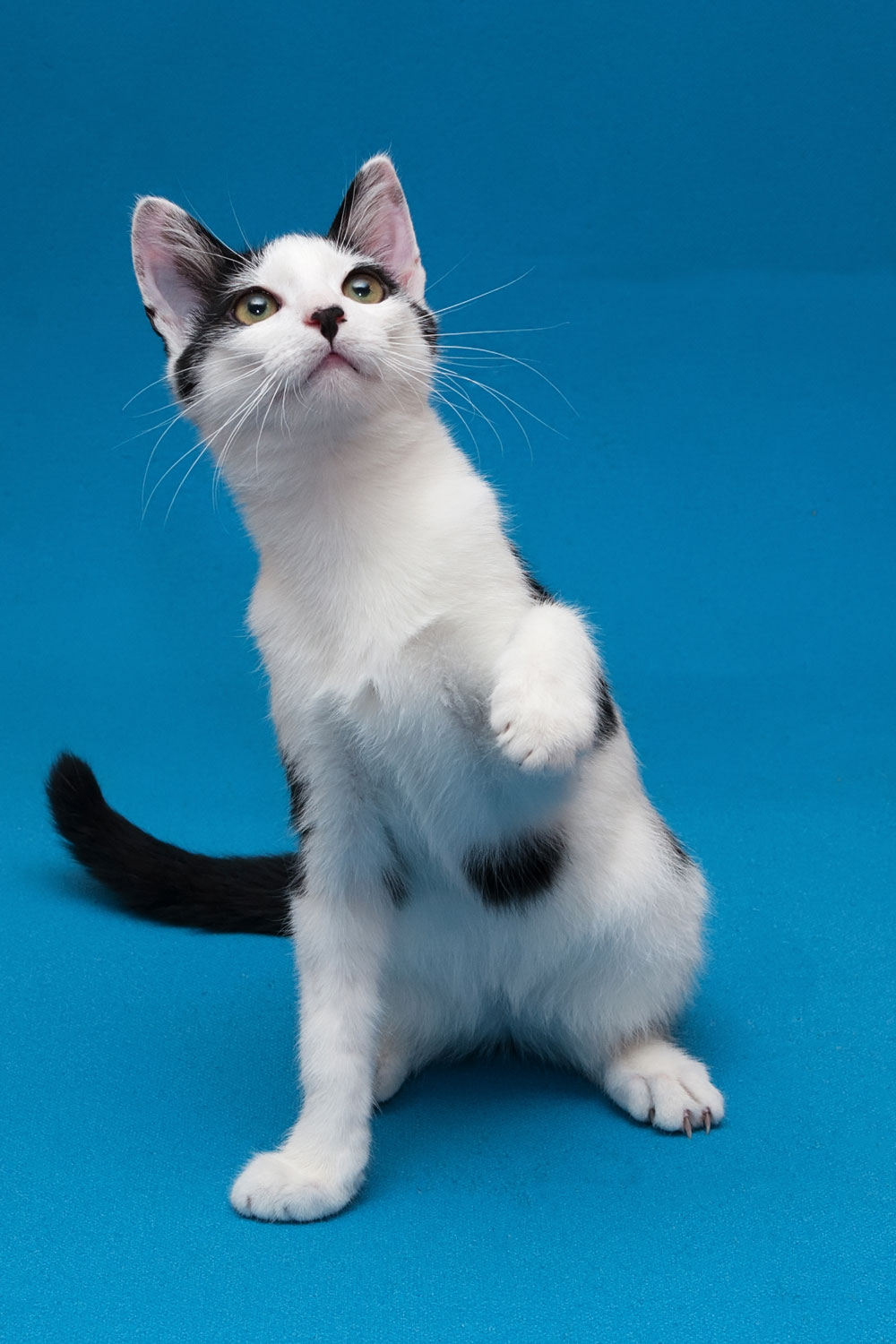 “Cow” cats, or those that are mostly white with black spots, have earned the reputation of having big personalities and being extra playful. While this may be true, the reason is likely due to feline instinct, not fur color.

We know from observing big cats in the wild that cats have an innate talent and desire for hunting. After all, they rely on this skill to find food. Your domesticated cat does not need to hunt for its food, so being playful becomes an outlet for the instinct it no longer needs.

Are Black Cats More People-Oriented Than Other Colors? 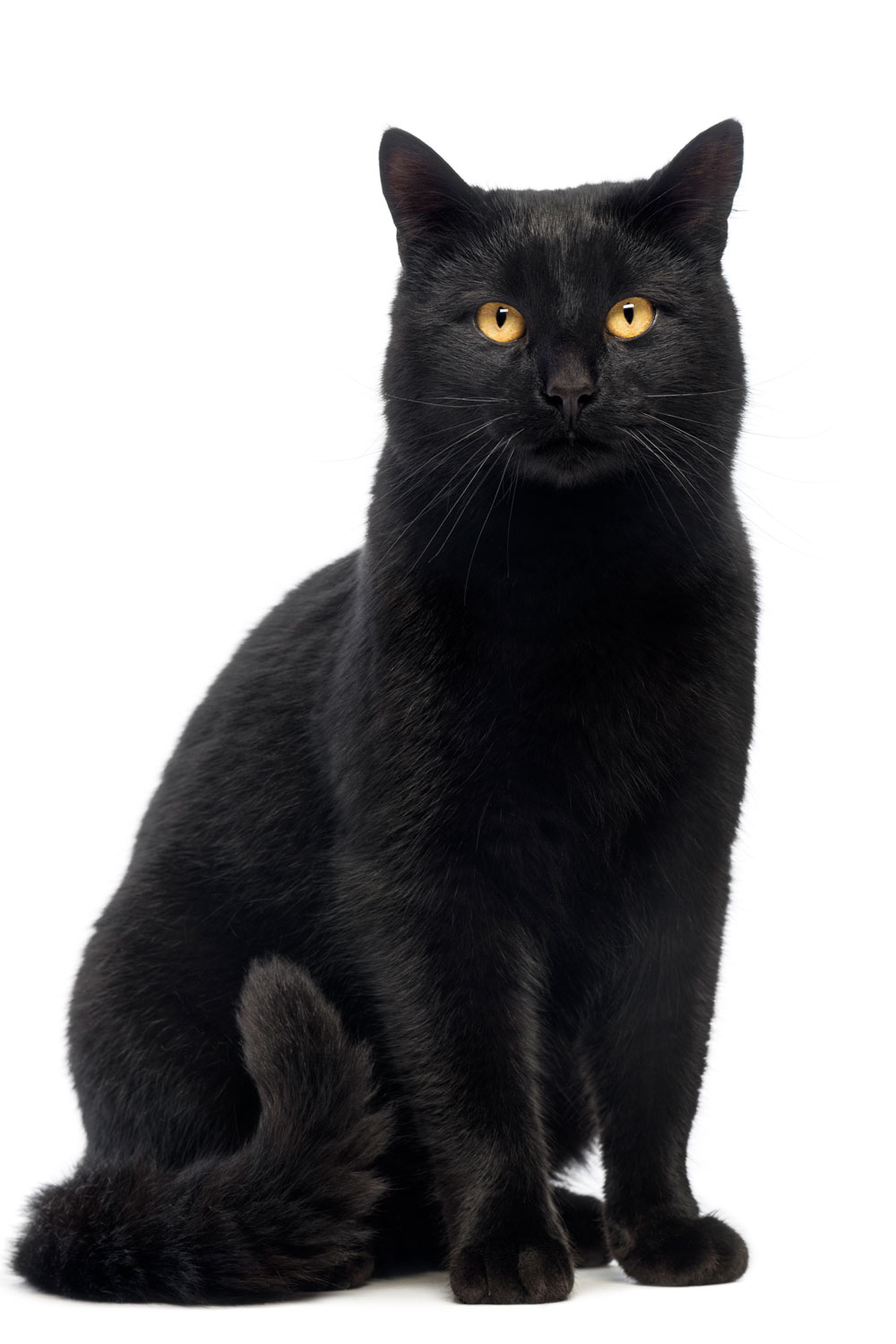 Black cats often struggle to get adopted for two reasons. For one, families are more drawn to brighter colored cats, as confirmed by a study conducted by the University of California. And two, shelter workers are wary of adopting black cats out for fear that they will be used for sinister purposes.

It is no wonder, then, that black cats are more loving to the people that bring them home. They are delighted to have a forever family! So, black cats being more people-oriented is more of an example of nature versus nurture than a correlation between fur color and personality.

Your black cat might be the most affectionate cat you’ve ever met. He or she can also be the most antisocial cat you’ve ever met. This is because personality is not determined by fur color. While cat owners may stand by their beliefs that cats of certain colors carry certain personality traits, this is purely based on anecdotal evidence or their own experience. There are no scientific studies to support these claims.

Want to know more about the intriguing black cat? Read The Mystique Behind Black Cats.

Do Tortoiseshell Cats Prefer Their Own Company Over Playing With Other Cats? 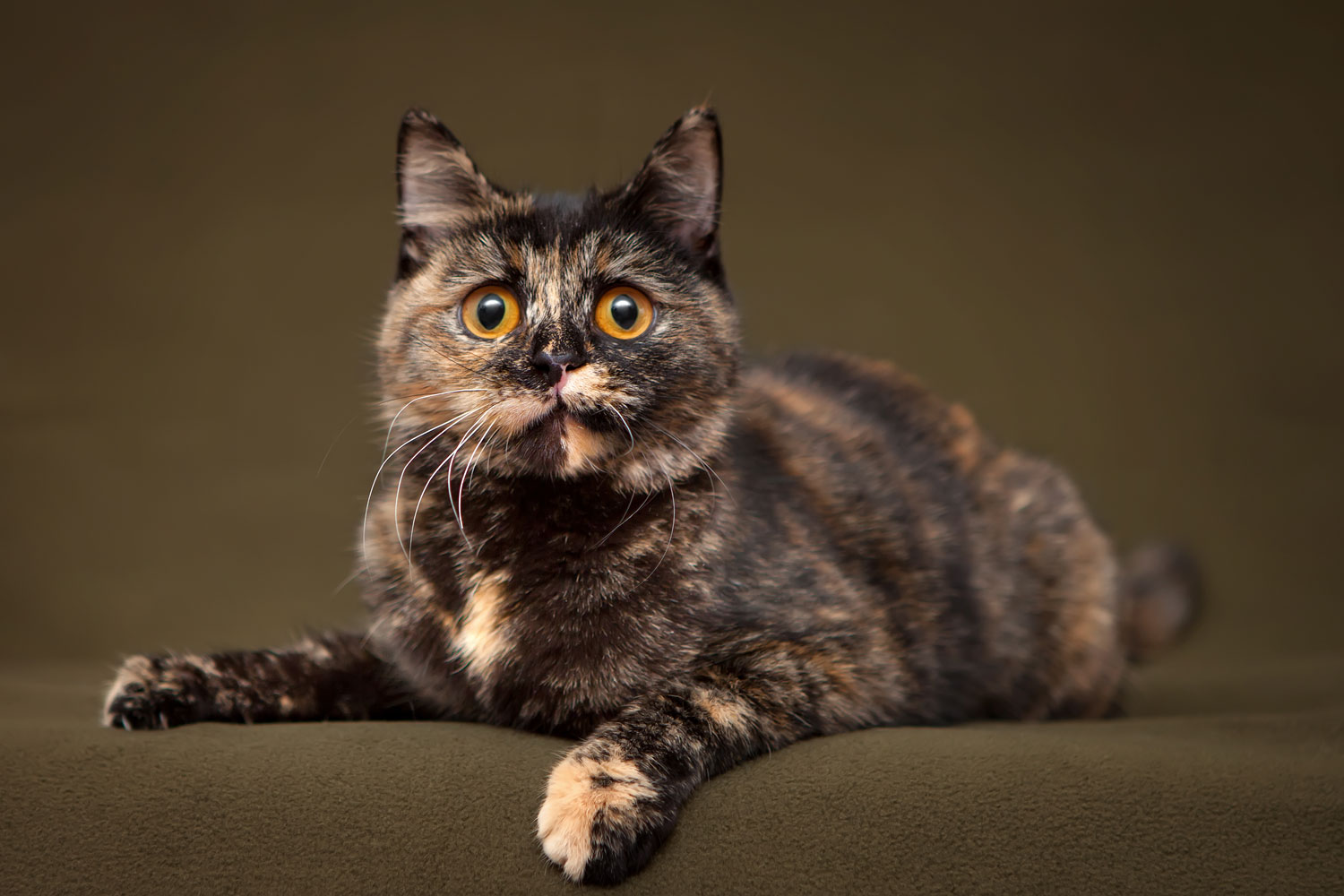 Many parents of tortoiseshell cats will tell you that they have big attitudes. They have a reputation for taking longer to warm up to other cats in the home and are generally sassier. However, scientific research does not support this. There is no evidence that tortoiseshell cats have bigger attitudes than other colored cats.

One theory that scientists have come up with, though, is that gender is to blame for the perceived sassiness of these cats. Because sex genes impact some shades of fur, almost all tortoiseshell cats are female. In rare cases, male cats will have tortoiseshell markings but this is a genetic anomaly. Since female cats have a more feisty personality than male cats, this theory could explain the perceived link between fur color and personality.

Do Tuxedo Cats Have A Personality All Their Own? 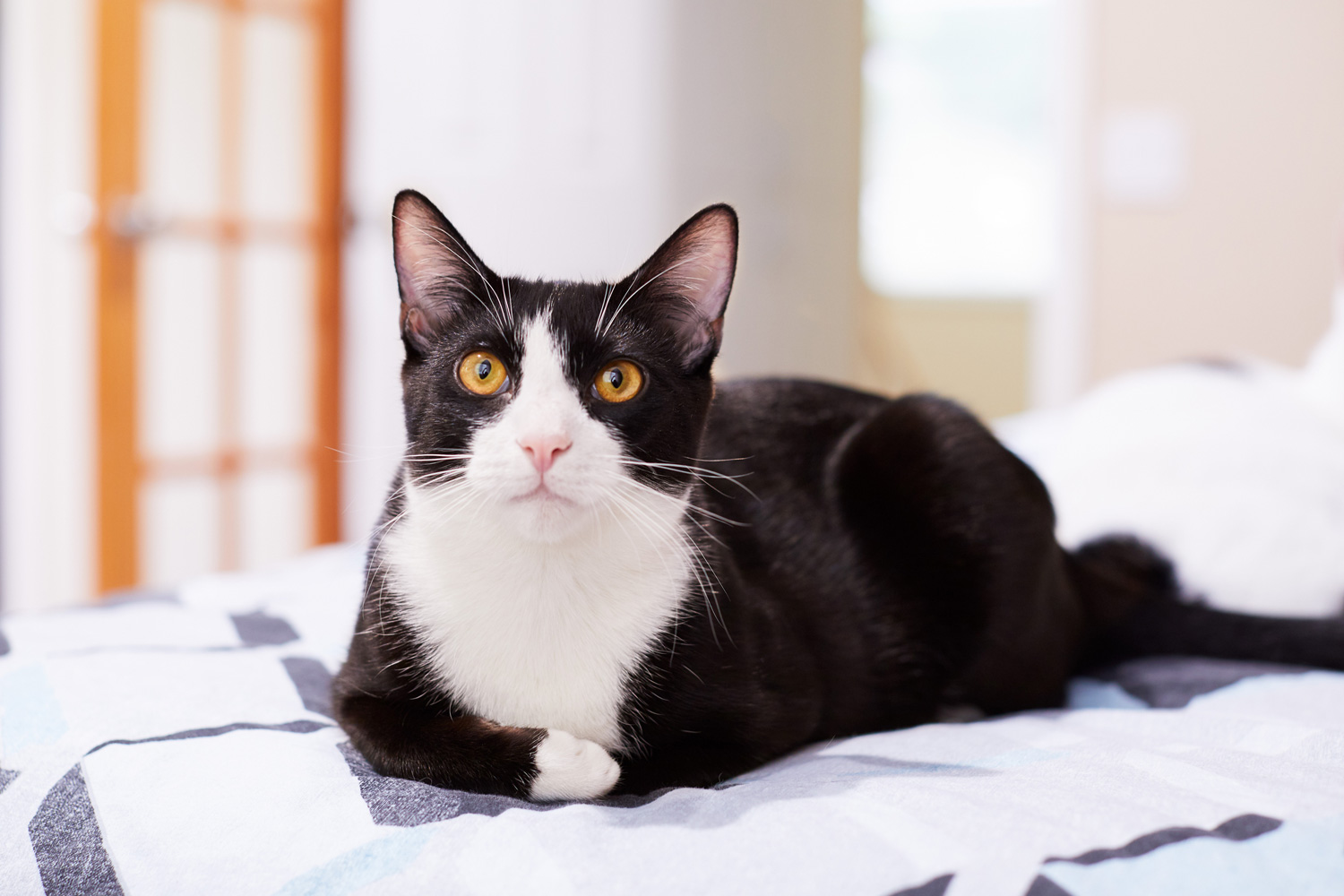 Cat owners can’t quite pinpoint what it is about tuxedo cats, but a lot of them seem to agree that these black and white felines have a unique personality. This could partially be because tuxedo cats have been highly regarded in civilizations as old as Ancient Egypt. Since they have been in the spotlight for so long, it is natural that the behaviors of these cats have been more closely scrutinized.

It is also worth it to consider that tuxedo cats don’t belong to just one breed. Many breeds of cats result in the distinct black fur with white markings that set tuxedo cats apart from their differently colored counterparts. Since breed does impact a cat’s personality, it is possible that cat owners attempt to categorize all tuxedo cats as being from the same breed and thus, the same personality. Since they are not, it is more difficult to pinpoint their unique personality traits.

Similar to human traits, feline traits are determined by genetics. Fur color is no exception. Fur colors such as shades of black and red (ginger) are dominant traits while colors such as cream and blue are recessive traits. Kittens will inherit genes to determine fur color from their parents. You can guess what color kittens might be by looking at the color of the parents.

However, anomalies can occur and recessive genes can overpower dominant ones, much like two brown-haired and brown-eyed human parents having a child with blonde hair and blue eyes.

If you want a breakdown of all the different cat fur colors, check out our blog post, Cat Coat Colors And Patterns.

What Is The Rarest Cat Color? 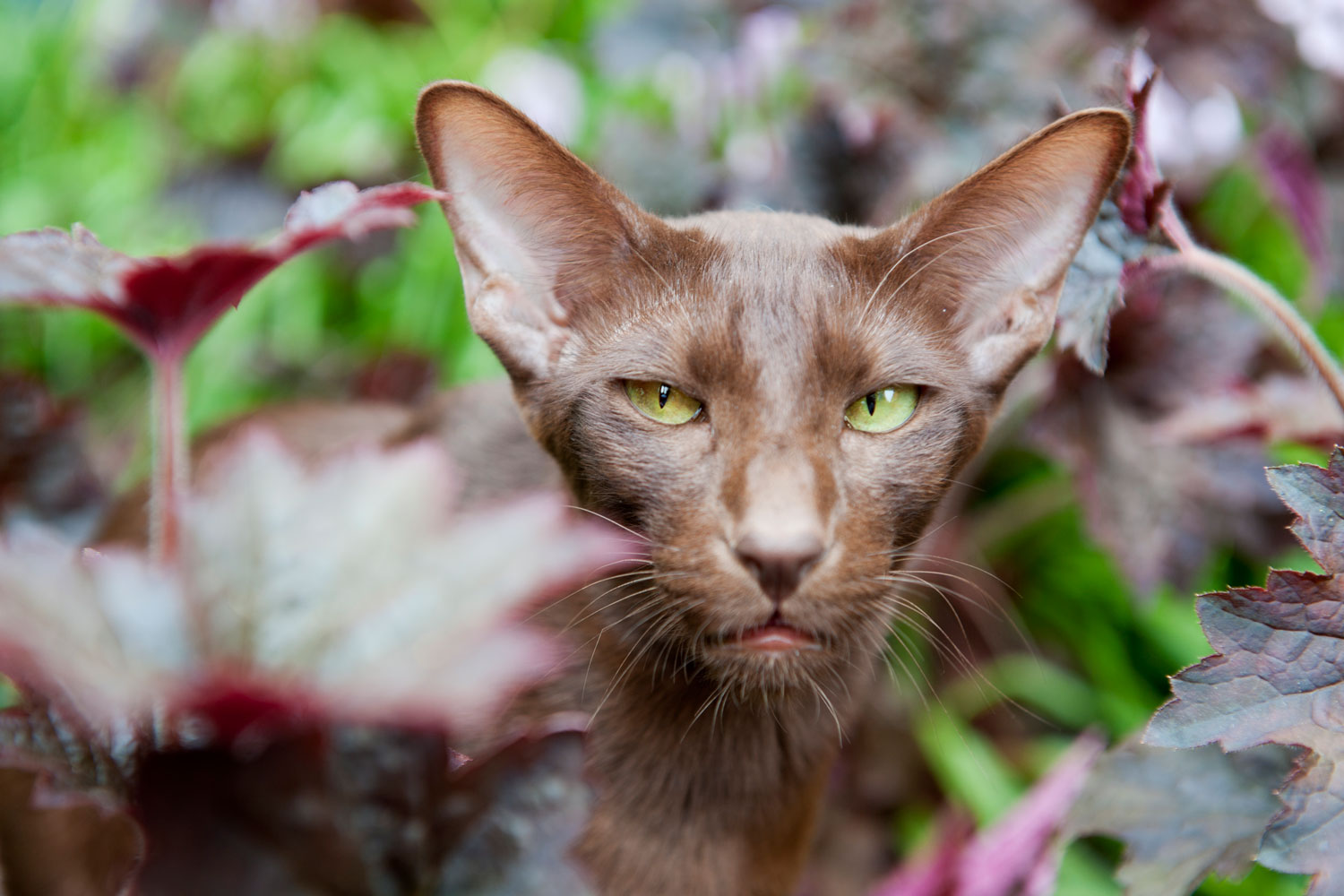 What Color Of Cat Is The Friendliest?

Orange cats and bi-colored cats have a reputation for being the friendliest. Again, though, it is important to remember that there is no correlation between personality and fur color. If you are looking for a particularly friendly cat to bring into your home, you will be more successful by keeping an open mind and interacting with cats of all different colors rather than choosing one that is orange or bi-colored because of their reputation. 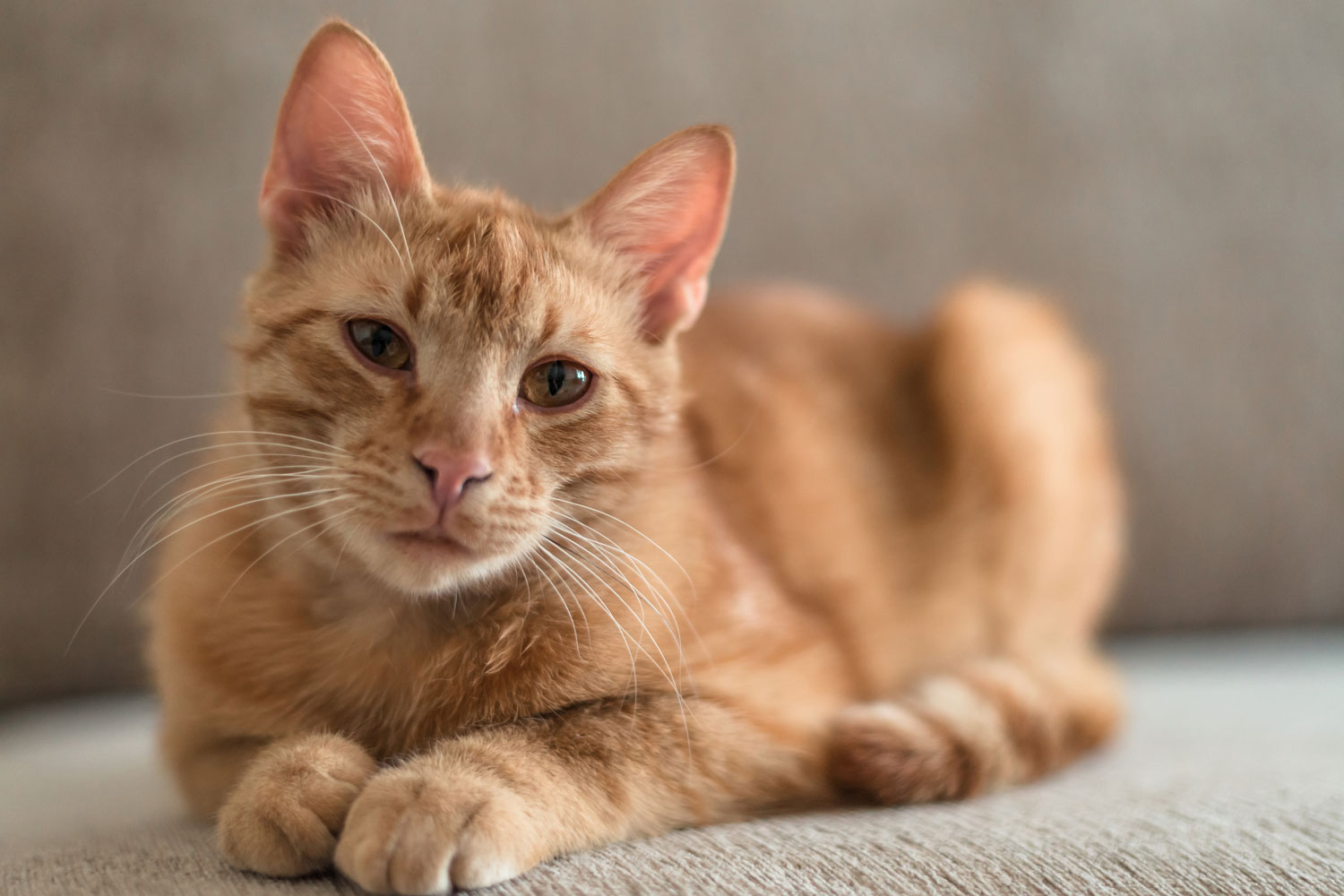 What Determines A Cat’s Personality?

A cat’s breed can provide some clues about what kind of personality a cat will have. Likewise, the personality traits that a cat displays can help identify a cat’s breed if it is unknown. It is because of this that misconceptions about fur color and personality come about.

While breeds have personality characteristics associated with them, they also have physical characteristics. For example, Siamese cats have short cream-colored fur with darker-colored extremities and blue almond-shaped eyes. They are highly intelligent and very affectionate.

Because breed impacts both appearance and personality, it is a natural for cat owners to draw the incorrect conclusion that it is the fur color that impacts appearance.

If you want some help figuring out what your cat’s breed is, check out What Breed Is My Cat?

Nature versus nurture is a hot topic when discussing human behavior, and it applies to feline behavior as well. A cat’s personality will reflect the life experience it has had. So, you can expect a cat that has lived in an abusive home to be more timid and take longer to trust than a cat who has been in a loving home.

Similarly, a feral cat that has always had to fend for itself will be more independent and may not demand a lot of your attention.

The social aspect of a cat’s personality can also be developed by previous experiences. A cat who has been exposed to pets and children from a young age is more likely to be more laidback in the presence of other animals. An elderly cat who has always been an only pet may struggle with the activity of other animals or being in a home where children are present.

Of course, genetics can impact personality as well. Kittens are more likely to inherit their father’s personality traits. Even if they were never exposed to their father, they may exhibit some aspects of his personality.

It is unknown why cat parents from all over the world draw similar conclusions about fur color and personality. It could be a self-fulfilling prophecy, where one cat parent makes an observation about his or her cat of a certain color and other cat parents look for those traits in their own cats of the same color. Or, it could be that cat parents have fond memories of previous cats in their lives and attempt to apply the same characteristics to cats with a similar appearance. Whatever the reason, cat parents do not mean any harm when they make these assumptions.

Cat parents should be careful, though, about judging a book by its cover, or in this case, a kitty by its fur. While it may be done in good fun, or to connect with other cat parents, it can do more harm than good. Not only do some cats struggle to get adopted due to an unearned negative reputation, but cat owners may find themselves disappointed if their cat doesn’t match the personality they expected. If you are looking for a kitty to add to your family, you’ll both be much happier if you choose one based on your connection. 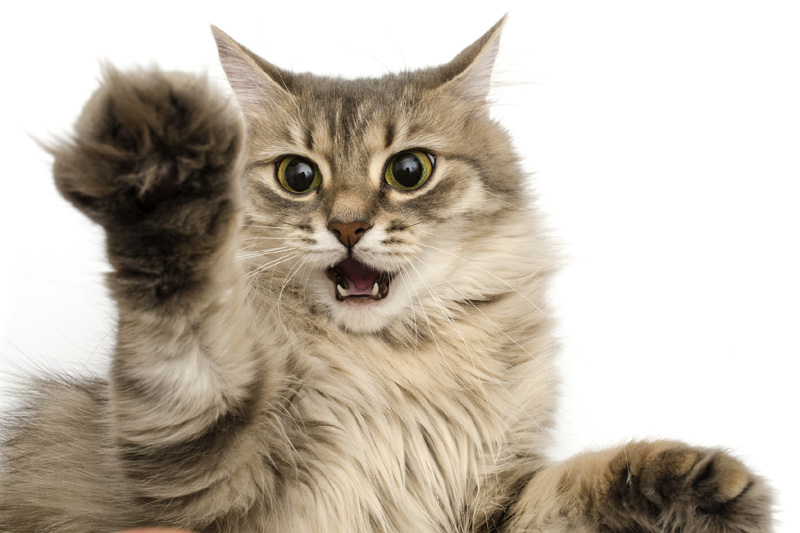 Why Do Cats Attack? 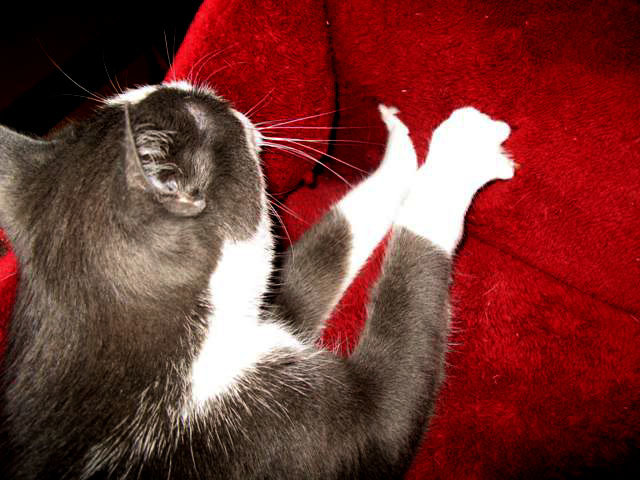 Why Do Cats Knead 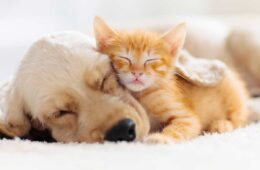 How To Safely Introduce A Cat And A Dog

My black cats are very shy, the tabbies love to get into trouble and have unlimited energy and the Calico (cow cat) is friendly but just likes to lay back and chill. I had several calicos that were not playful
Hey I have a cow cat :D