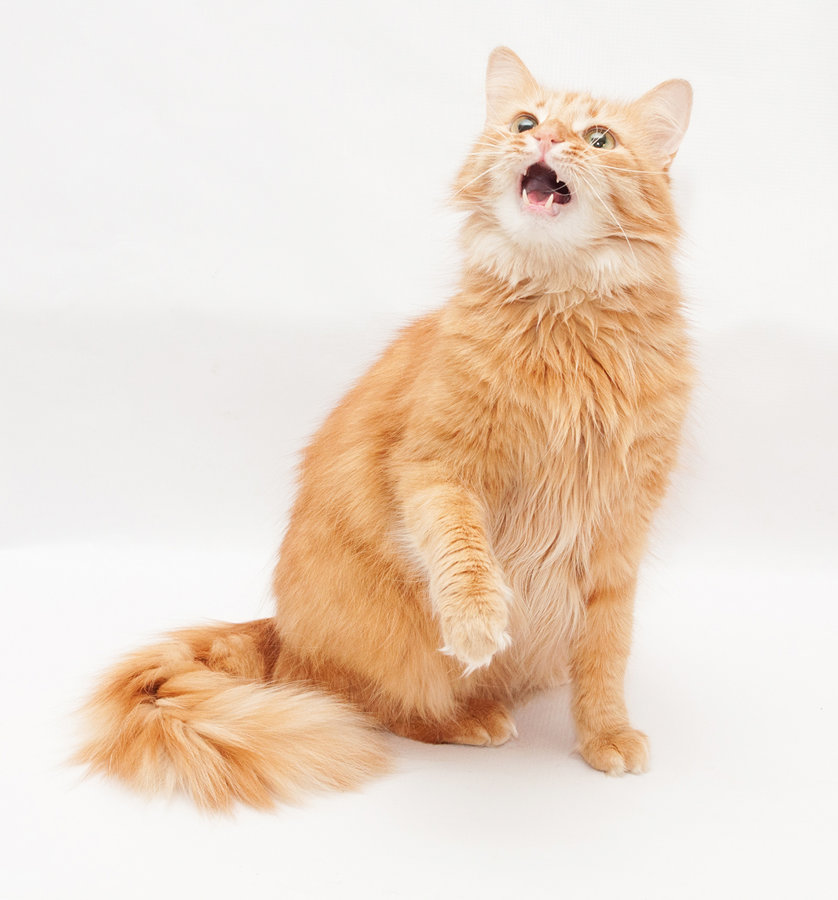 TheCatSite is against declawing. It is not a procedure that only removes a cat’s nails, but removes part of his toes. There are less expensive, easier, and more humane ways to keep your furniture safe.

Unfortunately, some veterinarians still recommend declawing as routine surgery along with spaying/neutering and we get questions at the forums about post-surgery care for declawed kitties. In addition, many declawed cats end up in shelters and adopters have to learn to deal with their cat’s disability. We hope this guide can help owners help their kitties deal with both short-term and long-term effects.

A paper cut is painful when it happens, but afterward, it mainly seems that it’s in the most inconvenient place: a bendy part of the finger, the pad so you can’t type or write, a spot where it is constantly bumped. Imagine then, if your full weight was bearing down on the cut with every step you took. Declawing a cat is major surgery, not a paper cut. It is painful, physically and mentally.

Cats jump, run, walk, dig in the litter box, and use their paws to pick up food or toys. The pain of surgery will make all of those things difficult and painful to do. Once a situation causes pain, such as digging in the litter box, a cat will avoid the area where the pain happened—then he’s in trouble for not using the litter box too.

Post-Surgery Care Tip: Grainy litter will hurt a sensitive paw, so substitute torn, not cut, strips of newspaper or other soft materials instead. This may be a lifelong problem.

Post-surgery complications are many. Jumping puts enormous stress on the feet since cats land front paws first. For humans, it’s estimated that each leg supports half our body weight. Walking puts six times that weight on hips, knees, and ankles. Jumping puts about twenty times as much weight on those joints. Kitty won’t get to wear the “boot” or special shoes as people do after foot surgery. No walkers, scooters, or crutches either. People seldom have both feet operated on at the same time.

Post-Surgery Care Tip: Lift Kitty onto and off the bed or couch. Running and playing will also be painful so put away Kitty’s fishing pole toy, the ball with a bell, and the laser light. Settle for a calmer activity while he heals.

When Pain Won’t Go Away

Even after the bandages are off, there may be problems like infection. Initial pain can still be a problem for almost two weeks after the surgery. Kitty will avoid things that hurt him, may develop arthritis in the joints of his toes, or suffer from phantom pain as human amputees do. Biting, either because of the pain or because he no longer can defend himself with a warning scratch, may become his new way to communicate displeasure.

Kitty is at a higher risk if he escapes from the house, too. He now has no way to defend himself. Although most cat owners say Kitty never goes outside, a survey by the ASPCA says fifteen percent escape every year. “Cat guardians were less likely to find their cat–only 74 percent of lost cats were recovered, while 93 percent of lost dogs were recovered. Fifty-nine percent of cat guardians found their cat because it returned home on its own; 30 percent found their cat by searching the neighborhood. Only 2 percent were found at shelters.”

Post-Surgery Care Tip: Escape-proof your home. Make sure your cat is microchipped and always wears a collar with a name tag and your phone number, but be aware of the increased risk for a declawed cat outdoors and be extra diligent in preventing escape.

If any bone is left during the surgery, the claw can regrow, although it’s likely to grow under the skin and then burst through, adding to Kitty’s pain and your veterinary bills. Tendons that curl the toes no longer have an anchor. This causes frozen joints in the foot, so Kitty can’t stretch his toes, essentially leaving him with “hammertoes.”

Post-Surgery Care Tip: Keep a close eye on your cat’s paws for several weeks and months after surgery. These complications may not show up right away, but they do exist. Make sure you contact your vet if you notice anything out of the ordinary.

Cats have a runway-model, slinky walk that’s to be admired. After surgery, most cats will rock their body weight back onto the pads (or palms) of their feet to avoid the pain of pressure on the toes. Some will resume their regular slinky stride after healing; for some this becomes a new way of walking, which then causes problems with other joints in the leg. Claws also aid with balance, so Kitty may not be as “sure-footed” as before.

Post-Surgery Care Tip: As your cat ages, know that she is at an increased risk for arthritis and other joint problems. Read more about feline arthritis and joint pain in cats here.

Chronic pain is hard to determine. What looks like a resting cat could very well be a cat in pain. Veterinary textbooks list the pain from declawing as severe; it is considered to be one of the most painful surgeries done. Even when pain medication is given, cats are found to be in pain long after the surgery is complete. Pharmaceutical companies use declawed cats in clinical studies to test new pain medications for this reason.

Post-Surgery Care Tip: Discuss pain management with your vet prior to surgery. Follow through with pain medication and be aware that your cat may be in pain even when she’s not showing it. Never medicate your cat with OTC painkillers without consulting your vet! Even a small dose of Tylenol or Aspirin can be lethal for a cat! Read more about OTC medication and cats here.

Declawing is not the removal of a cat’s claws to save your couch. It’s the partial amputation of ten toes, the severing of tendons, nerves, and ligaments, physical and mental pain and anguish, and totally unnecessary surgery. No couch is worth it. 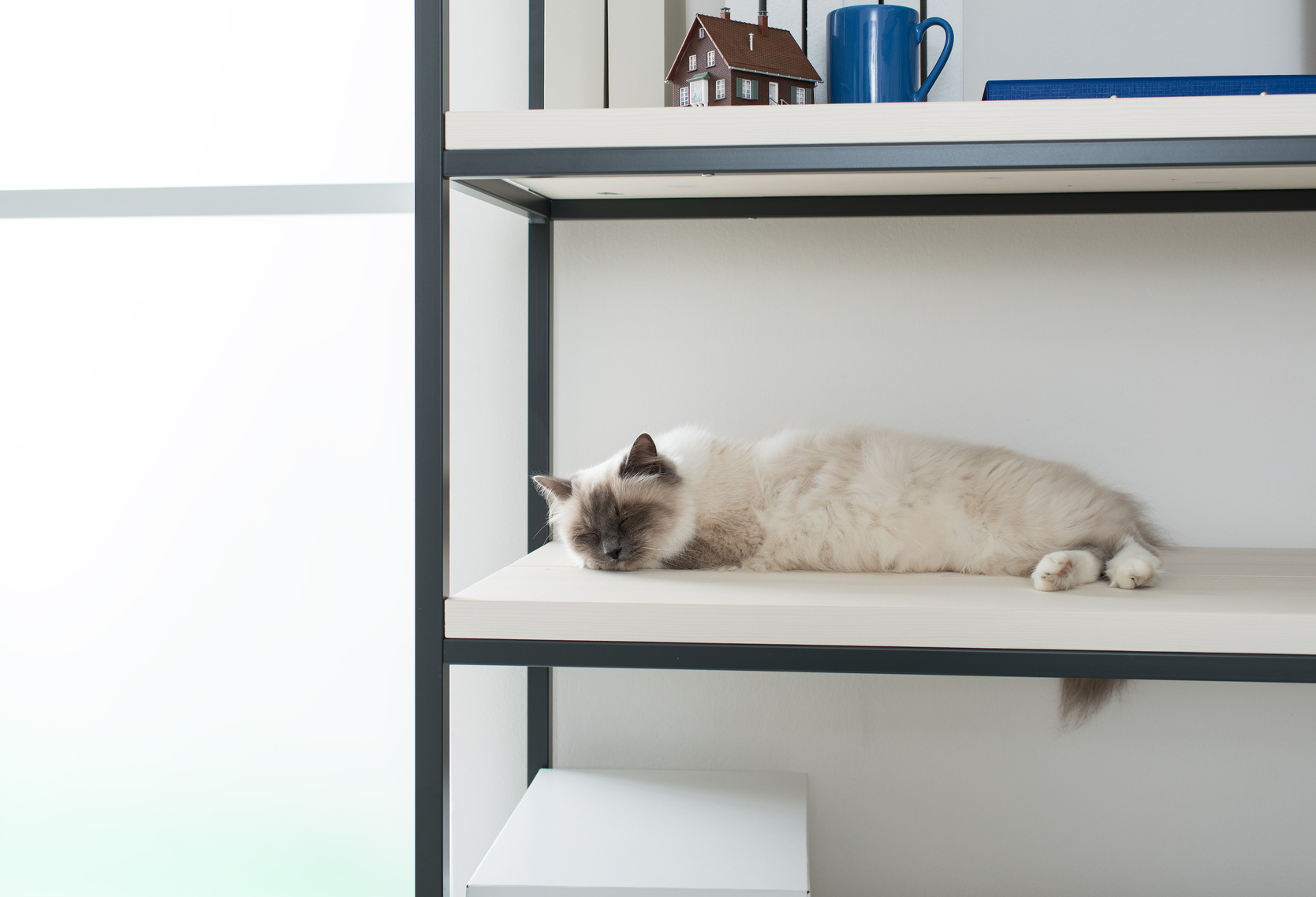 How To Make Your Home Bigger (at Least For Your Cats) 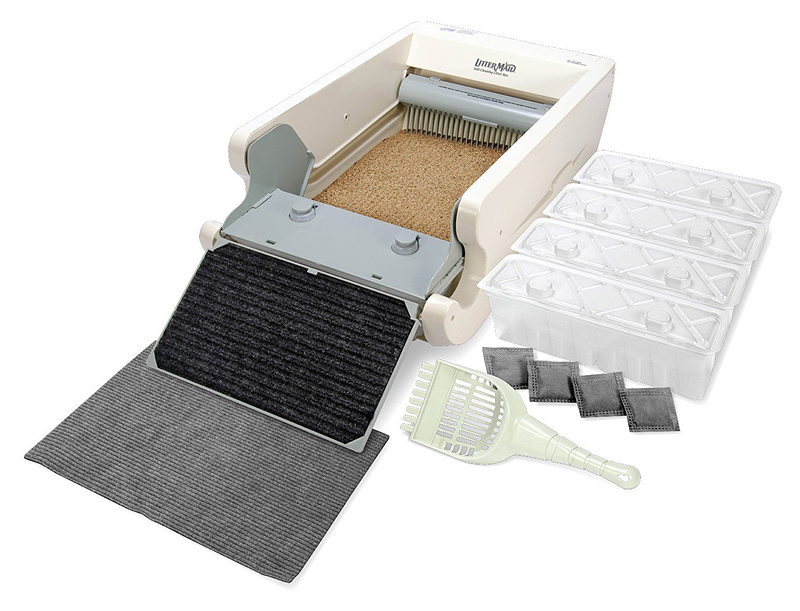 How To Choose The Best Automatic Litter Box For Your Cat 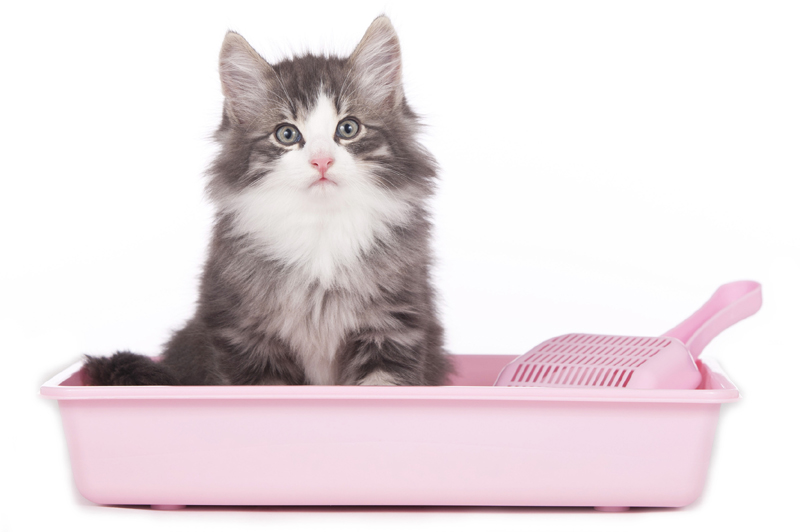 How To Choose The Right Litterbox

I came here to find methods of helping our cat after he is declawed. We do this to protect our other animals. We opt for the "laser" method to reduce swelling/issues. This is our second cat to have declawed. It's not about the furniture, it's about the other pets in the house. We have sugar gliders and the cats claws can hurt/kill the other animals. Shame on those people that assume it's all about the furniture. Regardless, if the cat is kept indoors, the front claws aren't needed. I had a cat growing up that lived to 14 years, fully declawed. Had no issues and that was in the 80's. Now we have more modern medicine, better methods for recovery, and I'm older and know how to take better care of animals. It's foolish to assume that a "couch is more valuable than the cat's claws". Realistically, it solves the problem where a cat can remain happy. Our other current cat is very happy with no front claws, and although there's always concern over having any medical procedure done, the benefits outweigh the concerns. It's not like we're trying to give our cat a sex change!
UK don't allow for good reasons. Poor kitties.
It's 2019, let's hope the United States follows Canada's lead and starts to ban declawing within a larger area.
Declawing is an amputation, and very dangerous for cats. Living in the country that invented declawing is bad enough, what is depressing is that all states in the United States still allow it.
I rescued my poor baby that the prior owners had her FULLY declawed. That wasn't going to stop me from adopting her though. I would never do this to a cat but am doing all the research I can and we are learning warning signs if she is going to bite since that is her only defense now.  I think it is a tragedy that they did this to her and didn't keep her in the family. I've happily  taken her for my companion but understand all the risks of what was done.
Y'know, if furniture is more important to you than a living creature, maybe you shouldn't have pets. There are many ways to keep your cat from scratching the furniture anyway. A good tall sturdy scratching post is the very best, and there are plenty of cardboard things to use too.    Think about whacking off the part of your fingers that contain your nails. Then think about typing or otherwise trying to use your fingers. Then imagine doing a handstand. Sound comfortable? NO I DIDN'T THINK SO.
Declawing is horrible and inhumane. It goes all the way up to their knuckle. If you get your cats declawed then you should have a penalty of getting YOUR fingers cut up to the knuckles. Sick psychopaths.

What a narrow minded response. We have sugar gliders that can be harmed or killed from a cat's front claws. Shame on you for thinking the same should happen to humans. Clearly something wrong with you!

Declawing is a crime in Austarlia because it is animal abuse and carries very sever punishments if someone commits this crime. Sick people do this to their pets.

Or, people do this to protect their OTHER pets... which literally every other commenter on this site has ignored the possibility. What a shame that so many people are narrow minded and don't consider the lives and safety of others!