Cats are curious by nature, especially about anything that moves. They poke and prod, stare and stalk, plot and plan, never realizing their new toy is also your pet. Can cats get along with reptiles? Can reptiles survive a cat’s attention? Snakes, turtles or iguanas? Here’s what you need to know about raising cats and reptiles in the same household.

Cats and Turtles or Tortoises 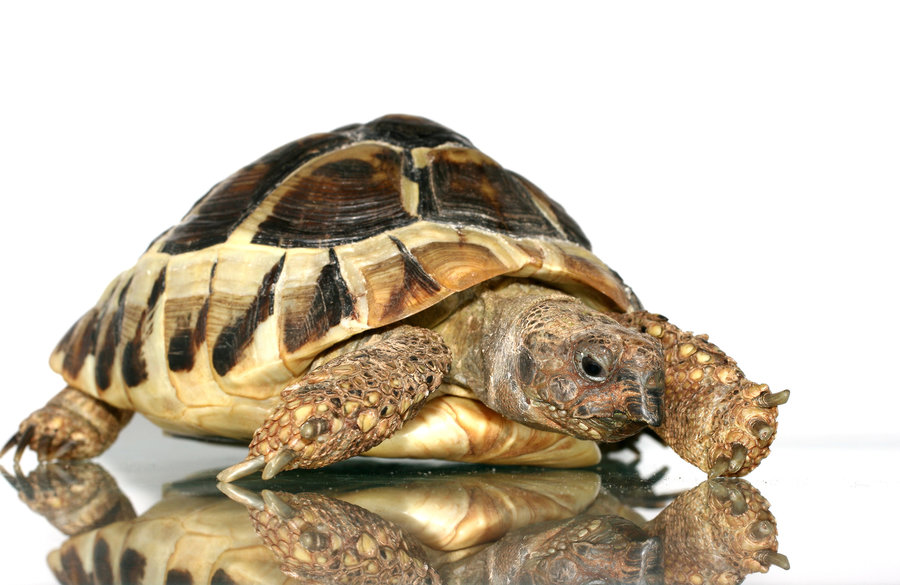 Susan M. Tellem, Malibu, California, founded a national turtle and tortoise rescue in 1990 (www.tortoise.com). “We don’t adopt turtles or tortoises to people who have cats,” she says. “Cats reach out a paw and the turtle pulls into his shell. Sometimes that results in the shell pinching the cat’s paw. It’s easy for the turtle to get scratched either way and that can be fatal.”

Turtles should never be kept in a tank. They need exercise like any other pet. In spite of their reputation, turtles can move quickly when they have a destination in mind. It’s the quick movement and closing shell that will fascinate a cat. If you plan on having a turtle along with a cat, plan for a separate room or large enclosure for the turtle and make sure it is always inaccessible to the cat. 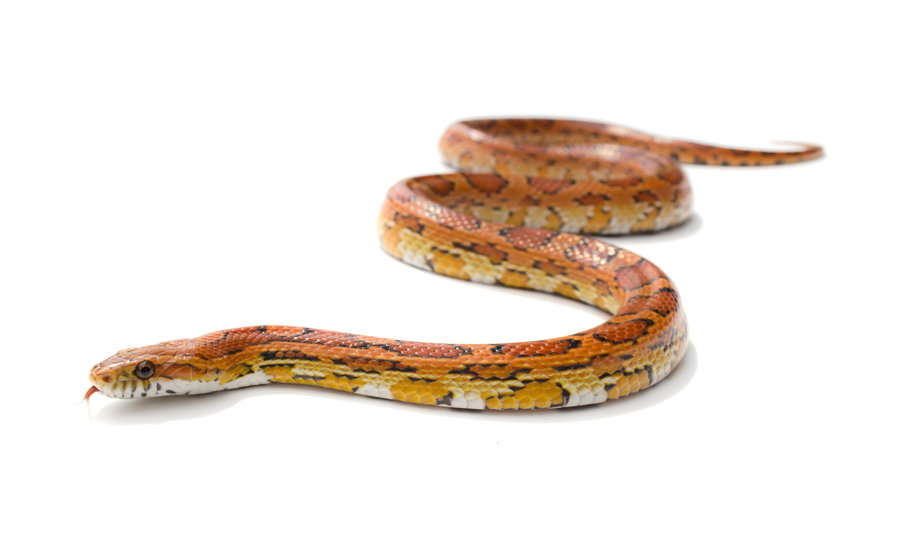 Snakes live in tanks and are generally not too active. However, movement in the mulch or bedding can attract a cat’s attention. If the snake is fed live rats or mice, the cat will have a ringside seat and will plot a way to get in on the action. If that happens, more than the mouse or rat are in danger of injury or illness.

Snakes can bite and will do so if they feel threatened by a cat. Constrictors pose a threat to cats as well. The outcome of a clash between snake and cat depends on the size of the animals involved and how aggressive they are, but you can be sure both will get hurt and one could possibly kill the other. It’s possible to habituate certain cats and snakes to each other, but there really is no good reason to risk either in the process. Keep them safe by keeping them separate.

Cats and Lizards or Iguanas 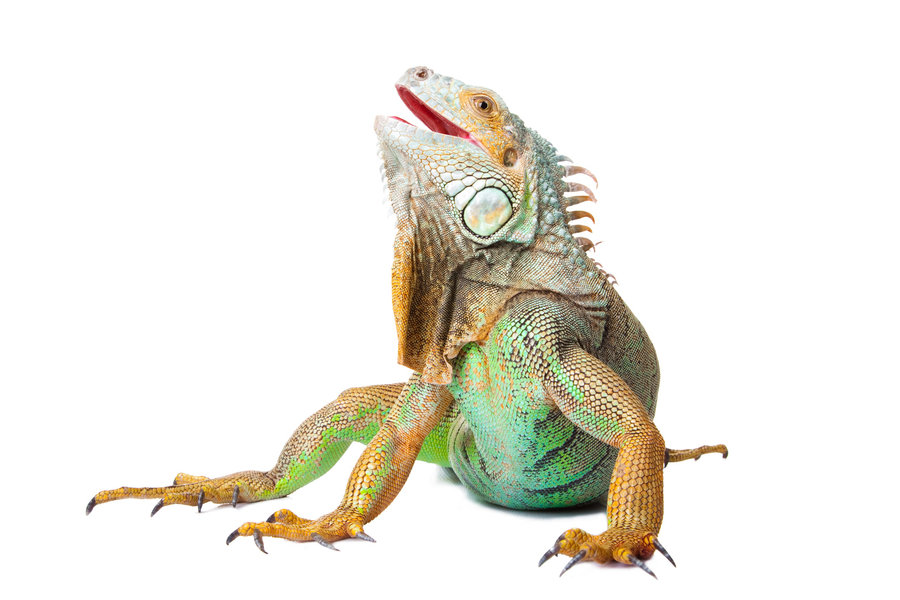 Lizards are fast moving and that brings out the prey drive in a cat. Kept in a glass tank, lizards are entertaining to watch both for humans and cats. The main problem arises when the cat figures out how to get into the tank so he can reach those cool toys. Lizards can be toxic to cats whether or not they eat the lizard or only play with it. Cats can of course, be deadly to lizards.

Iguanas are larger and scarier to see but not to cats who still view them as moving toys. Once an iguana has reached full growth, he can deter a cat with a tail swipe across the face but until then, the iguana is vulnerable. Cat scratches carry a lot of bacteria, from the floors, counter tops, and especially the litter box. A scratch is instantly an open door for those bacteria to enter the iguana’s body.

Even if the cat never bothers to hone his breaking and entering skills for the iguana’s tank, the constant staring/stalking may stress the iguana – and that can compromise his health.

If you want to have cats and reptiles in the same house, the best thing to do is have a separate room for the reptiles. It should have a sliding bolt lock on the door, inside and out, high enough to be out of the reach of children. You must mindfully focus on locking the door each and every time. It’s also a good idea to give the cat his meal when you visit the reptile room—it will keep him occupied as you go in and out. Never leave the door open. Cats are very fast.

Keep in mind, the health, safety and happiness of all the pets rest with you.

How To Choose The Best Toy For Your Cat 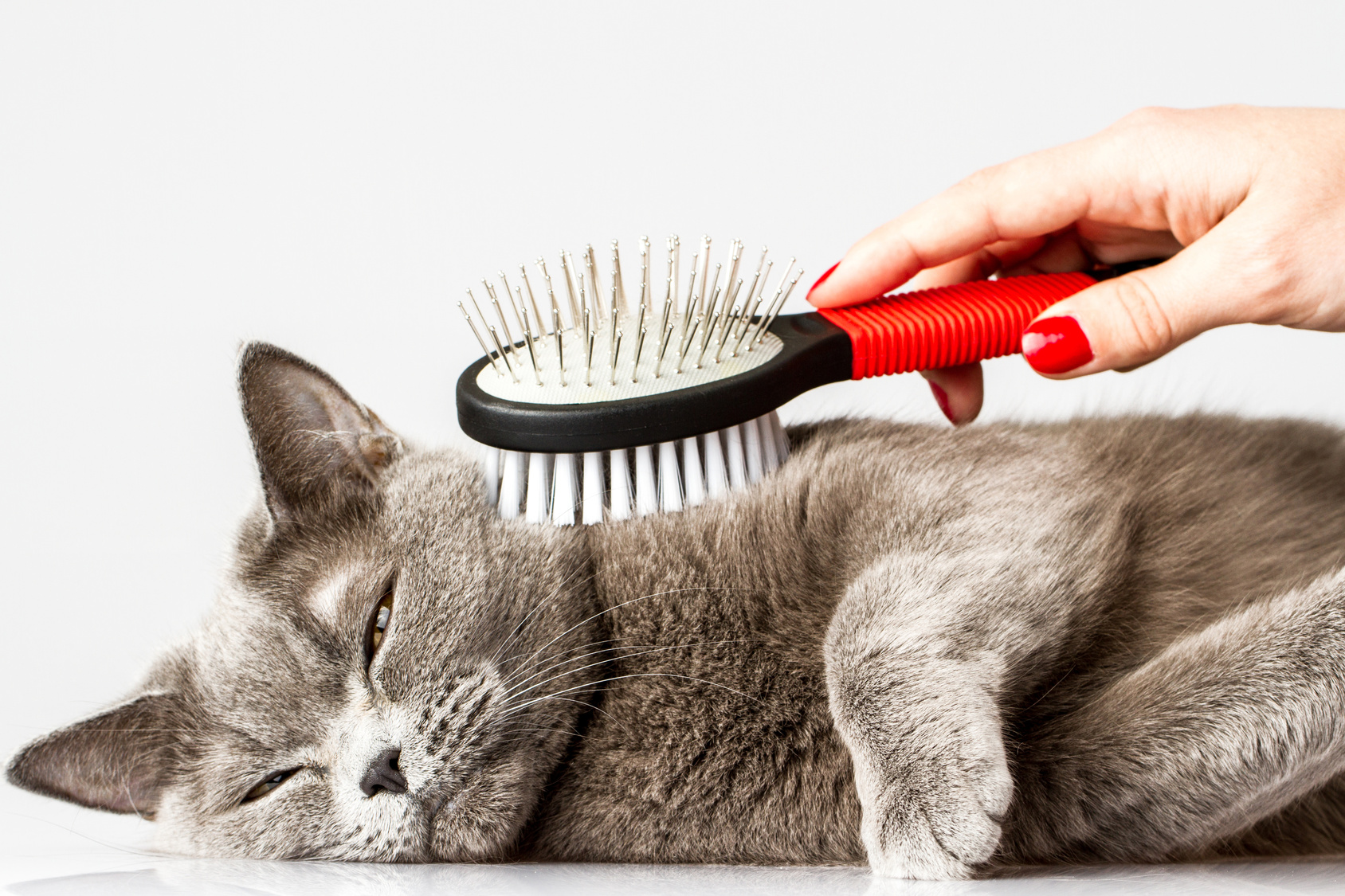 7 Reasons Why You Really Should Groom Your Cat Regularly 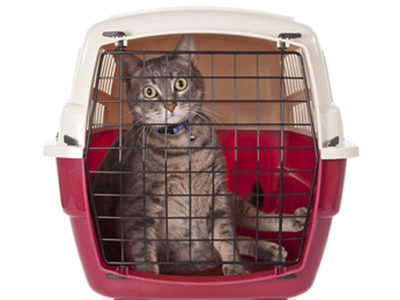 3 comments on “Cats And Pet Reptiles”

Are iguana's toxic to cats? Any bacteria that would affect the cats?

Hi! According to the article above, yes :)

I'd beg to differ about one thing - turtles (such as red eared sliders or painted turtles) do have to be kept in tanks unless you have an indoor pond. If they're kept outdoors, they must also be encaged, as they'd make an easy meal for any raptor otherwise.