There are more cats in American households these days than any other pet (even dogs!) You could in fact say that the cat is "America's Pet". Let's take a look at a few interesting facts relating to our beloved felines and the United States of America.

Previous American Presidents and their families have kept a variety of animals as pets and they weren't all dogs and cats either. The list includes horses, cows, goats, parrots as well as other birds, and some pretty exotic specimens like raccoons, tigers, bear cubs, alligators, and even a pygmy hippo!

Cat in the White House 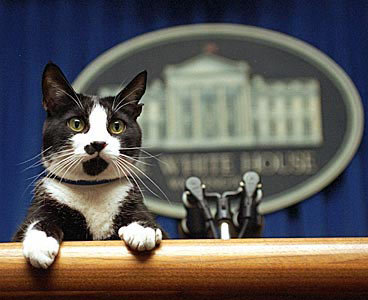 Not surprisingly, quite a few White House residents were of the feline sort. Let's take a look at some famous Presidential cats who have left their paw marks at 1600 Pennsylvania Avenue in Washington, D.C:

The Cats Of Mt Washington

Domestic cats are everywhere. They can be found at almost any place on the globe where humans live, including  some unexpected locations. One such place is the very top of Mt Washington, the tallest peak in the northeast U.S. Located at the heart of New Hampshire, Mt Washington is known for many things, such as the challenging uphill drive, the crazy weather at the summit, and... cats!

The mountain offers spectacular views for those willing to take the challenging drive up the summit via Mt Washington Auto Road. If you prefer to let someone else do the driving, you can take the cog railroad, get on a guided tour, or even hike your way up. These activities are all available during the summer months. During wintertime, the mountain is covered in snow and is often surrounded by fog and buffeted strong winds. For 76 years, up until 2010, it proudly held the record for the strongest winds ever recorded, at no less than 231 mph! Yet even during the harshest of winters, there are always people up at the frozen mountain top. At the weather station, located at the summit, scientists operate an advanced weather observatory, and alongside them is their pet of choice: a cat.

Why Have Cats Up There?

No one knows what were the reasons for the first person or persons who decided to bring a cat along for the ride up the mountain. Perhaps they were looking for help with controlling the local rodent population, or maybe it was simply that they wanted the companionship of a pet during long winter nights.

Over the years, as the mountain became a national, and international, tourist attraction, the cats took on a new role - that of official mascots. The Mount Washington feline crew members became celebrities in their own right, and as time went on, the public became more familiar with their names and stories.

Who Are These Cats? Reports of a feline presence at the station go back to the 1930s and multiplied as the years progressed. During the early years, there were several cats living at the station at the same time, and with little regard given to spaying and neutering, quite a few kittens were born up on the mountain. At least the kittens born up there enjoyed local celebrity status, so finding homes for them was relatively easy.

As the decades passed, the cats of the mountain gained national fame. Inga and Jasper, resident cats during the '80s and '90s, became official mascots for the weather station. Their successor, a black and white harlequin cat named Nin, was the star of a children's book called Cat In The Clouds. With increased awareness of cat care, Nin was neutered and enjoyed being the sole cat at the observatory, enjoying quality medical care and a lot of attention.

In 2009, Nin passed away at the ripe old age of 18, having retired from the observatory a couple of years earlier. After Nin came down the mountain, cat lovers across the nation wondered who would be his successor. This time, the people had a say in deciding who the new Cat in the Clouds would be, as the observatory joined forces with the local Conway Area Humane Society to set up a poll. Three candidates were suggested by the shelter, and 8,000 votes later the winner was declared: Marty, a young black Maine Coon. 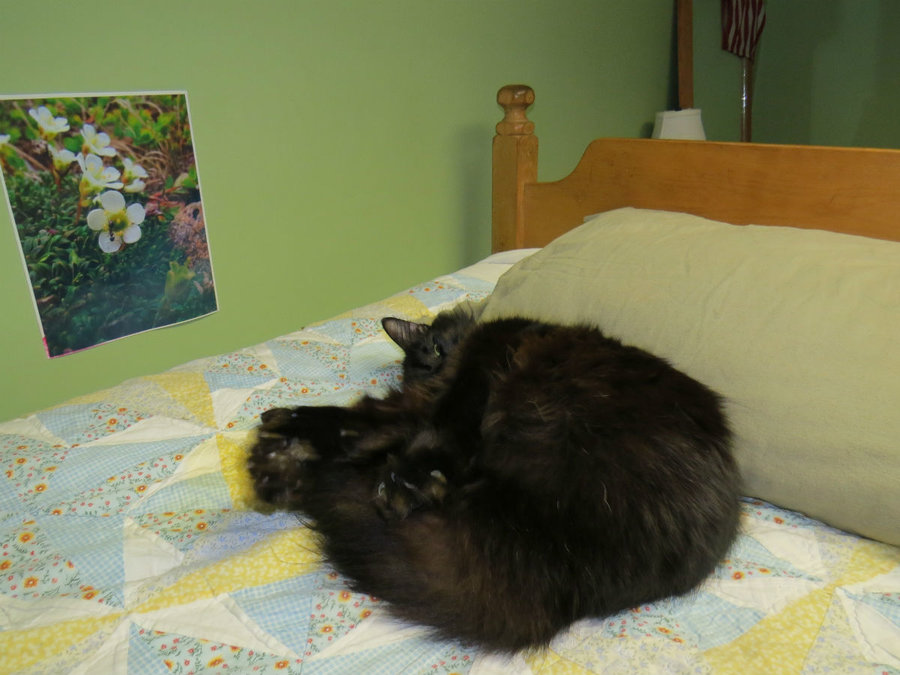 While visiting Mount Washington State Park in 2013, I asked about the local celebrity cat and was fortunate to have Mr. Mike Pelchat, the manager of the State Park, take me over to see Marty. The star cat was enjoying a rest at the team headquarters, leisurely sprawled over the bed in Mike's room. In true feline spirit, Marty yawned, stretched, and went on to groom himself, barely acknowledging my presence. Listening to Mike share Marty's story, I could tell this cat was well taken care of and as relaxed and calm as any feline could be.

Marty is now a mature, and therefore fairly large, Maine Coon. He's been living on the mountain since January 2009 and has only left on a few occasions for veterinary procedures. Marty enjoys the same 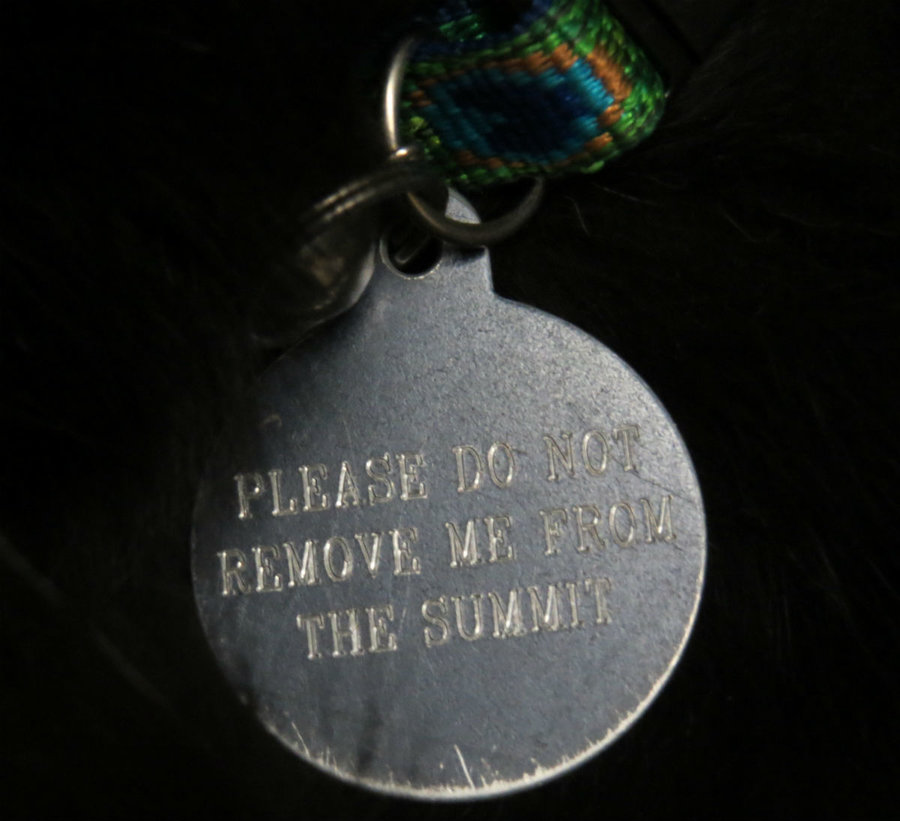 relaxed lifestyle as his predecessors. He is allowed to walk around the observatory (weather station & visitor center), always wearing his collar and a tag that clearly states he is a resident. This helps safeguard him from well-intentioned tourists who might think he's a stray cat in need of rescue (as happened before to several Mount Washington kitties).

When Marty needs a check-up, it's usually easier for the vet to drive up and meet Marty at the observatory than it is for the crew to take Marty down the mountain and back up. However, there have been several occasions when Marty had to take the trip down to the valley. These involved advanced dental care procedures including the removal of some of his teeth. No worries, like many toothless cats, Marty is doing very well and enjoys his diet of canned food. Fancy Feast is a favorite with this cat!

Marty is an integral member of the observatory team and his name can be seen on the board listing all overnight staff members. Marty also "writes" for the Mount Washington quarterly magazine, sent out to the site's supporters, sharing his summit experiences with the readers. 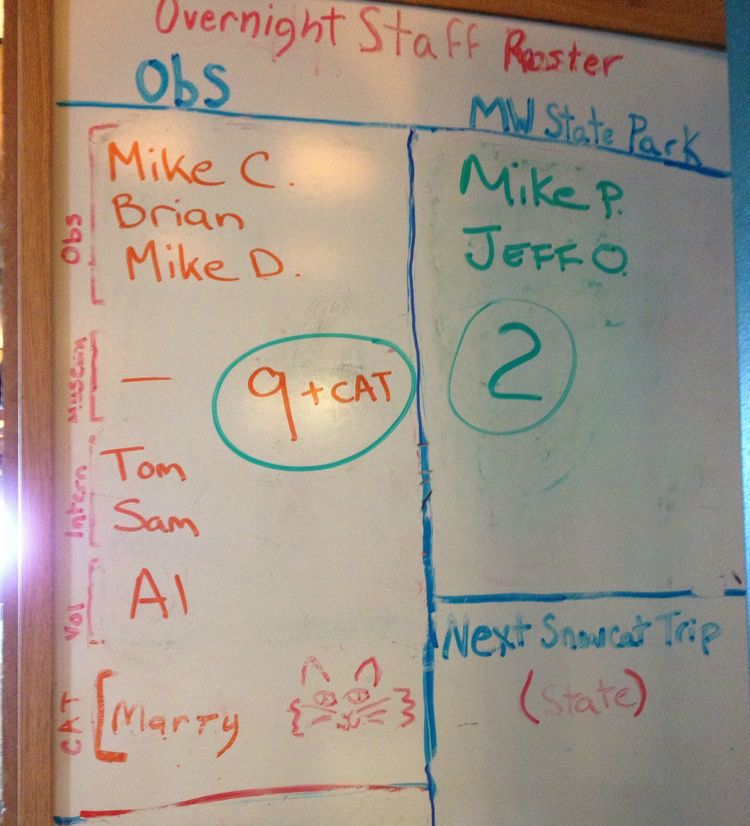 It is now November, and Mount Washington is closed to visitors. It is way too cold and windy for any tourist to drive up there, let alone hike. But if you happen to visit next summer, keep your eyes open. You may be able to take a few snapshots that capture not only the splendid views but also one beautiful black kitty. 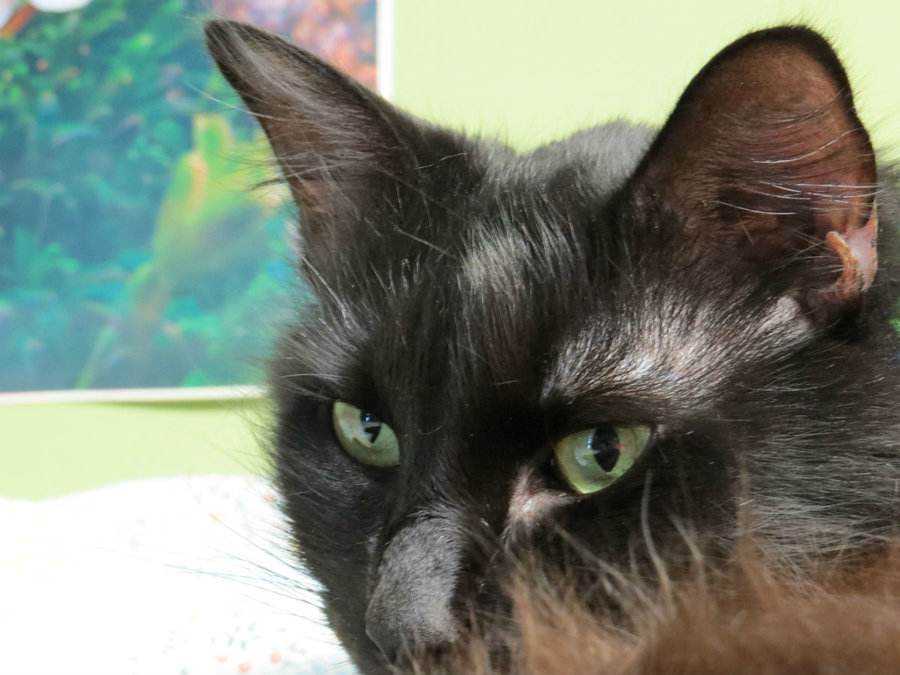 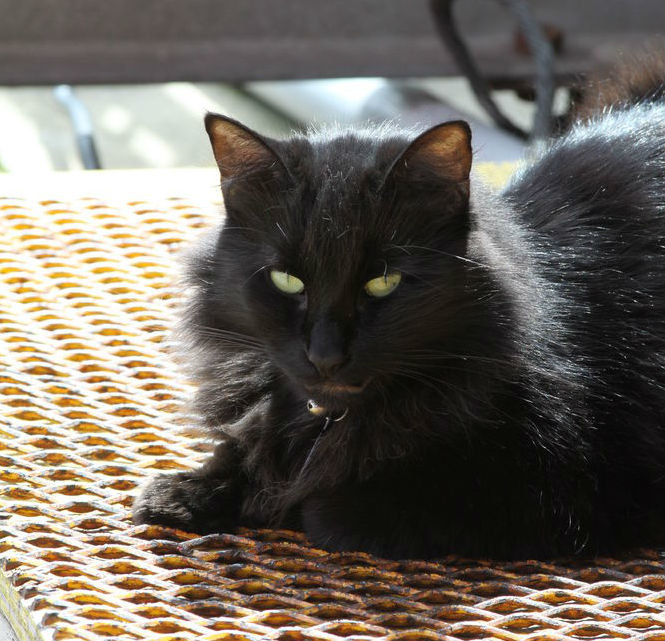 Pictures of Marty in this article taken by AbbysMom and Anne. Pictures of the mountain and of Nin courtesy of Mr. Mike Pelchat and the Mount Washington State Park. 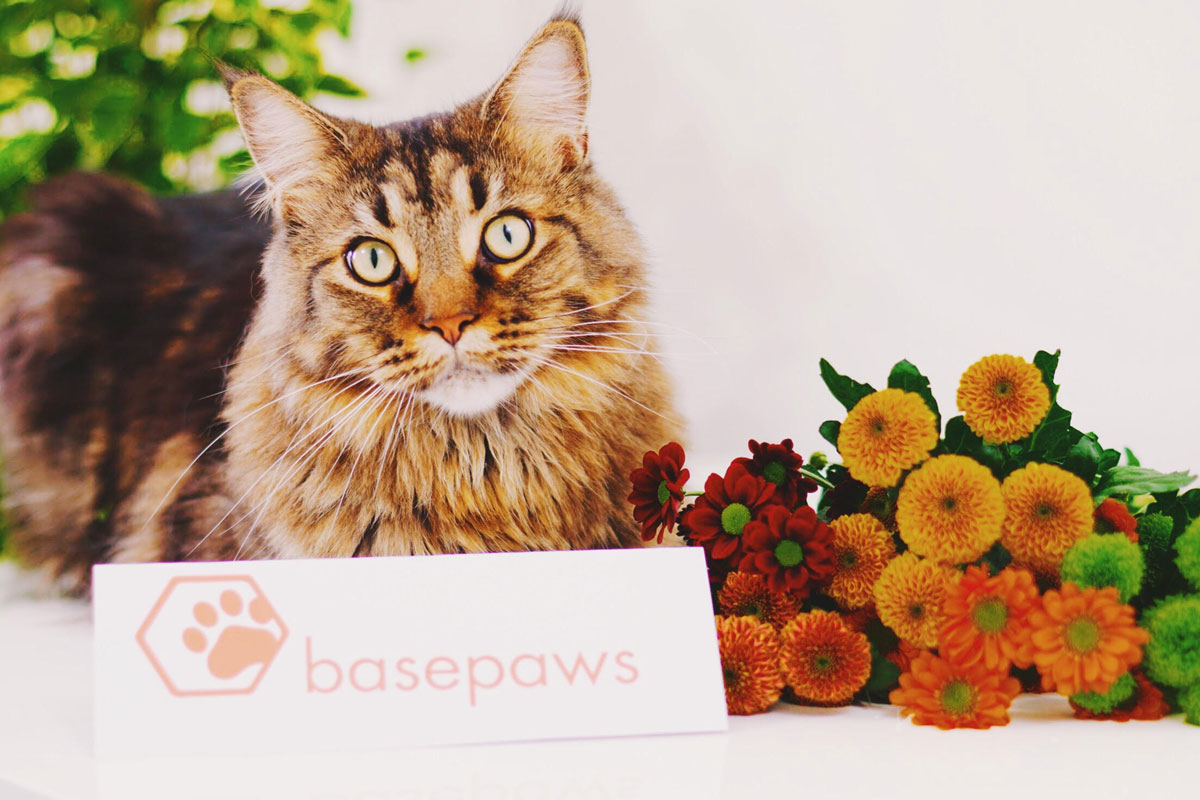 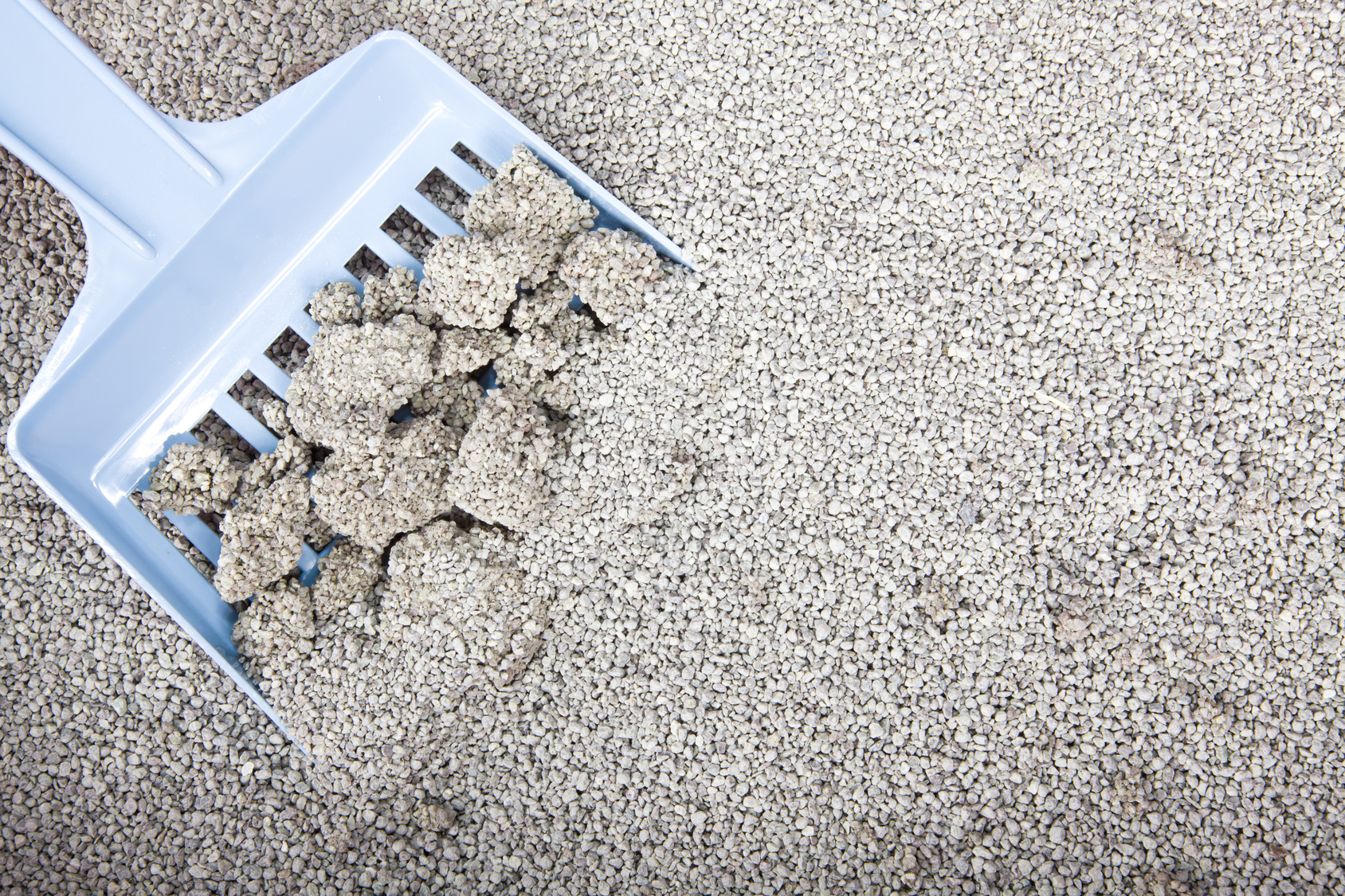 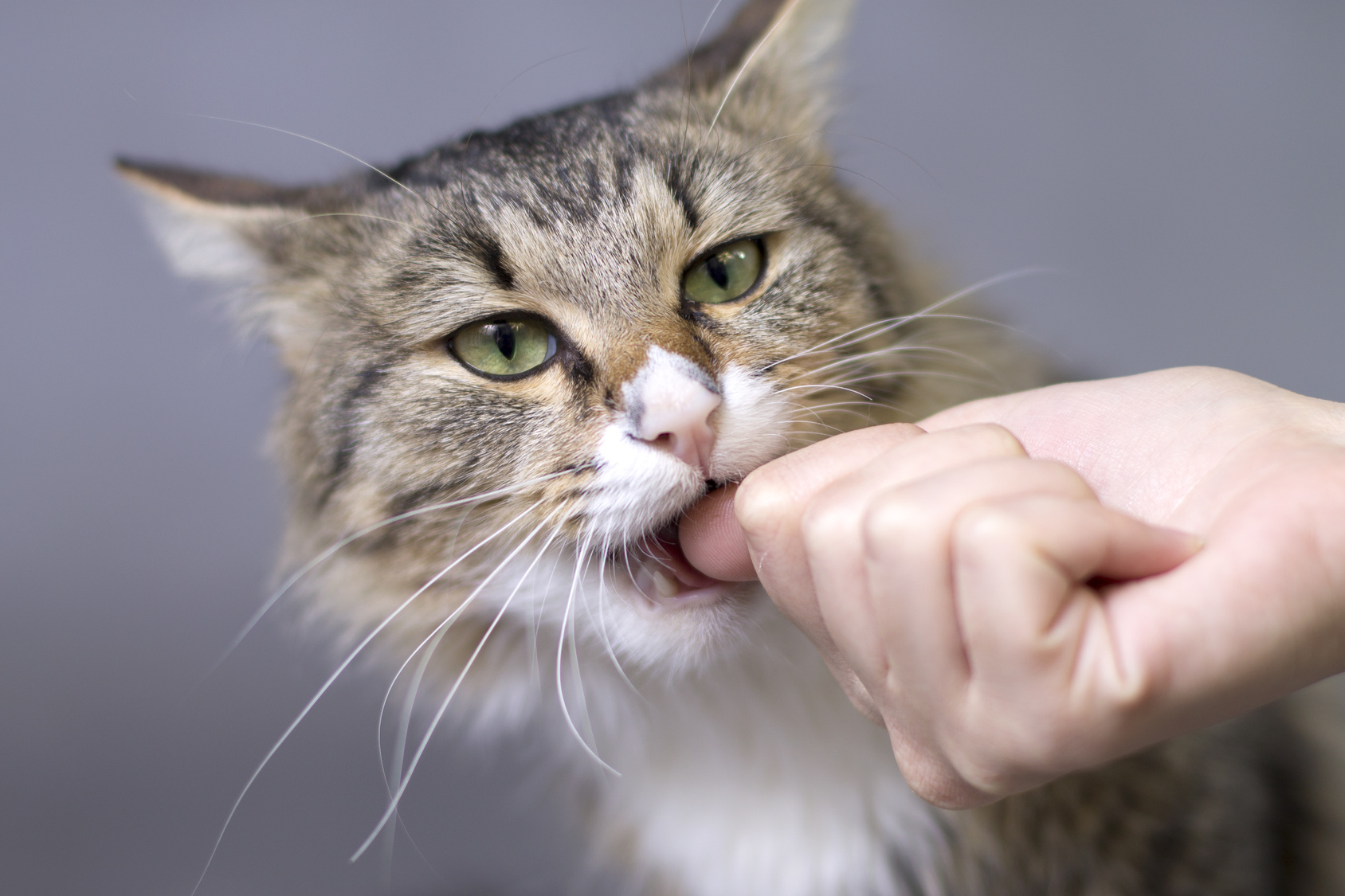 Ouch! More Than You Ever Wanted To Know About Cat Bites

I wrote a letter to Socks care of the White House so I could get a "signed" cat-o-graph. This was of course during the Clinton Administration. Here is what I got in the mail: 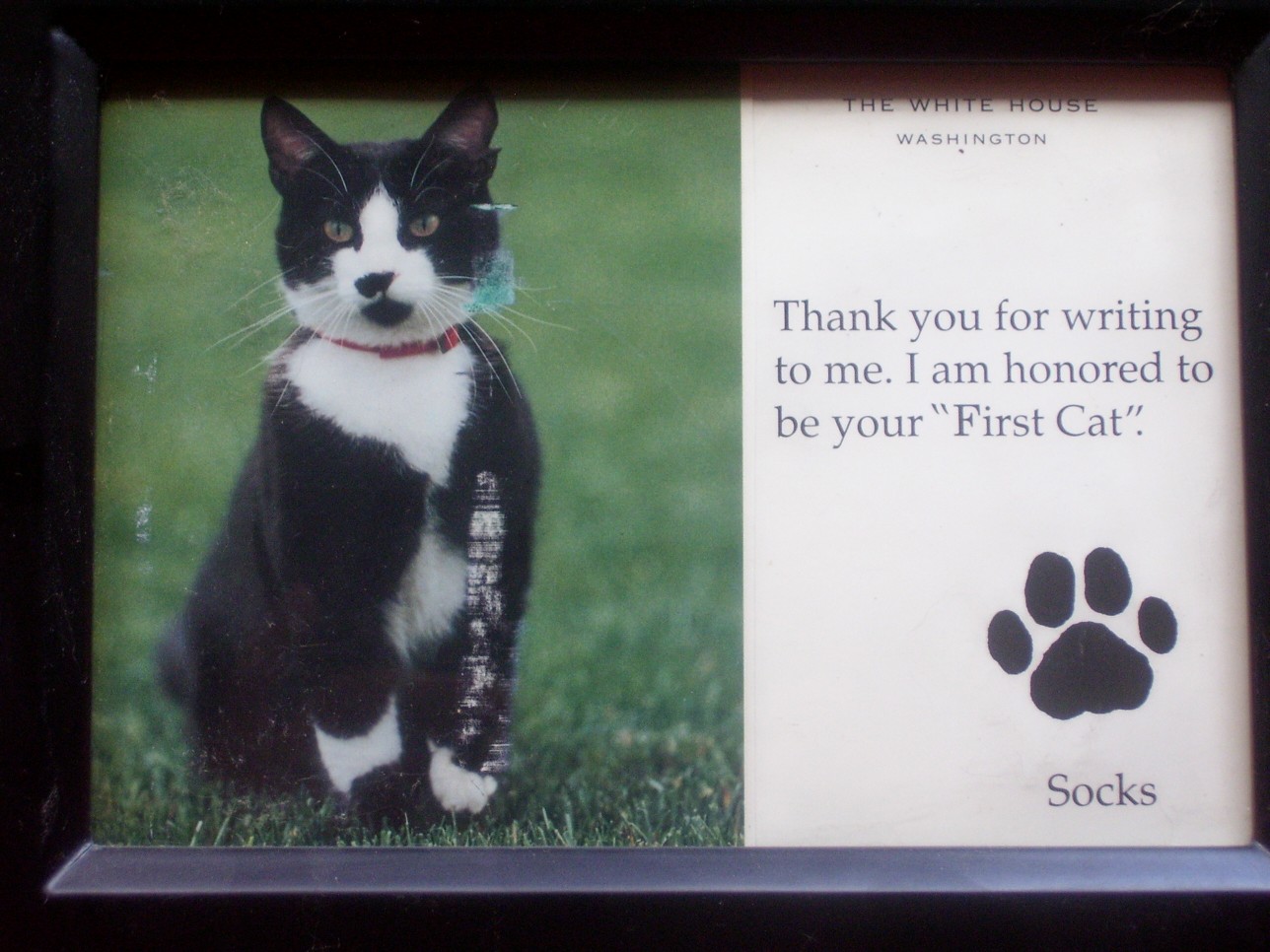 I guess that made him a FCOTUS! LOL
Don't forget cats for hire. Another way to save a cat by giving it a living and new life. I think mostly they are hired out as barn and stable cats to help keep the rodent populations down.
There is no mention of Bed & Breakfasts that have cats for the guests. They are very popular at B&B's throughout the country and in other countries. Also, cat cafes have popped up all over the US. I believe they started in Japan where they are very popular and the US copied the practice. Now cat cafes have really taken off in popularity and frequency here.
Cool! An extra fact is on the subject of number 9. The Dutch Embassy in Moscow, Russia had (or has, I don't know how long ago this happened) a few cats that kept on scratching at the walls. Their initial thought was that they had a rodent problem, but found out that there were microphones in the walls! Only the cats could hear the high-pitched noise of them turning on. I know this was posted quite a while ago, but I thought this would still be acceptable to comment.

The best possible kind of leader for any community or society -- soft, handsome, purry, sweet, and works for food, water, shelter, safety, and some affection. Indeed, Stubbs was a GREAT cat and a GREAT mayor.
Just found out the mayor cat (stubbs) has passed away. R.I.P Stubs

Shane Kent said:
I have a cat fact. The best cats in the world live at my house in Canada ;) That's the fact Jack :P

After MY CATS, that is. ;) Everyone should feel that way about their cats. Which is why I purraised you.
Thanks for sharing these seasonally appropriate anecdotes about our favorite furry beings!