Toby was adopted from the Humane Society in Evansville, Indiana.

Meanwhile, Mary Beth Foster’s friend decided Mary Beth needed some company. Instead of buying a birthday gift, she offered to pay the Humane Society’s adoption fee if Mary Beth would go pick out a cat.

Mary Beth saw Toby on the Humane Society’s website and called to find out more. Toby was days from euthanization, deemed unadoptable. Mary Beth went right over to get him. She said, “He was a big, beautiful purr machine. I took him home – all 24 pounds of him. His previous owners must have free-fed. He was always hungry and very fat.”

About eight months later, Mary Beth noticed Toby’s water bowl was often empty and his litter box full. Toby’s pet sitter said constant hunger combined with the increased need to drink and use the box were symptoms of diabetes. Toby and Mary Beth headed for the veterinarian’s office.

The pet sitter was right. Toby was diabetic. A diagnosis like diabetes can cause a small panic attack, but Mary Beth found out it is a manageable disease, through diet, exercise and insulin.

What is diabetes and what does insulin have to do with it?

Food is broken down into glucose, the simplest form of sugar. When quick energy is needed, the body reaches for glucose first. In cats, this is often seen as the 3AM Zoomies or the Dark Hallway Surprise Attack.

Glucose moves through the body in the bloodstream and provides fuel to all the organs and muscles so they work properly. To move glucose from the blood and into the cells, the pancreas produces a hormone called insulin. Diabetes is the body’s inability to get glucose into the cells. This could be because not enough insulin is being produced or what is produced is blocked by something else—fat cells are an example which is why weight loss is recommended.

What are the warning signs of diabetes?

What did that really mean in terms of Mary Beth and Toby’s lives?

Toby was tested to see how much insulin he would need in the form of twice daily injections. Mary Beth said, “With a fine gauge needle, it was easier than I thought. I just pulled up a bit on the scruff of his neck and gave him the shot there.”

The second step for Toby was a diet. He switched to Diabetes Management (canned) and Overweight Management (dry) foods by Purina. Both are high in protein and low in carbohydrates. Mary Beth keeps some of the OM food out but Toby nibbles now instead of gobbling it all at once. During the pet food recalls, Mary Beth switched Toby to a new food. He quit eating. Without thinking, Mary Beth still gave Toby his insulin shot and he crashed. (He became disoriented, distressed and couldn’t see.) They rushed to the emergency veterinarian who kept Toby for 24 hours and gave him glucose in an IV. It was an expensive lesson but Mary Beth knows – no food, no shot.


As Toby lost weight, he had to be tested more often, so he wouldn’t get too much insulin – that can be as bad as not getting enough. While humans poke their fingertips to get a drop of blood to test, Toby lets Mary Beth poke his ear. She puts the drop of blood on a test strip and then gets a reading from a meter – all human diabetic equipment.

Mary Beth also got an appetite stimulant from her veterinarian—a small pill to jump start Toby’s desire for food if he stops eating again. This helps prevent another crash. It starts to work in a few hours.

Honey and a needle-less syringe were on hand for the rare times Toby’s levels have crashed. She mixed the honey in water, drew it up into the syringe and squirted it into Toby’s mouth. When he was able to fight back, he had enough. She recommended wrapping the cat in a towel, both to protect from scratches and to keep the sticky honey water off the cat’s fur.

Terry Jay has a diabetic cat who is now nineteen years old. Terry said, “From my cat’s point of view, life is wonderful. She has her comfortable places to sleep, her window perch to watch the birds, her dogs to keep her company when she wants them and pureed shrimp just before each injection. Plus, she loves the food she gets. For now, she is doing very well and her numbers are great.” Each day with her cat is a gift but Terry warned, if you have a very busy lifestyle, remember to plan around the twice-a-day insulin injections. They need to be as close to twelve hours apart as possible to keep the cat’s glucose and insulin levels in balance. Train a friend, family member or pet sitter as a backup in case you can’t get home on time.

Diabetes is neither a reason to send your cat packing nor a reason to change your mind about a cat you fell in love with at the shelter. Testing and injections become routine for both of you. 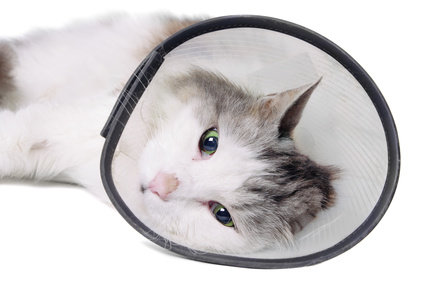 Spaying And Neutering – What To Look For After Surgery 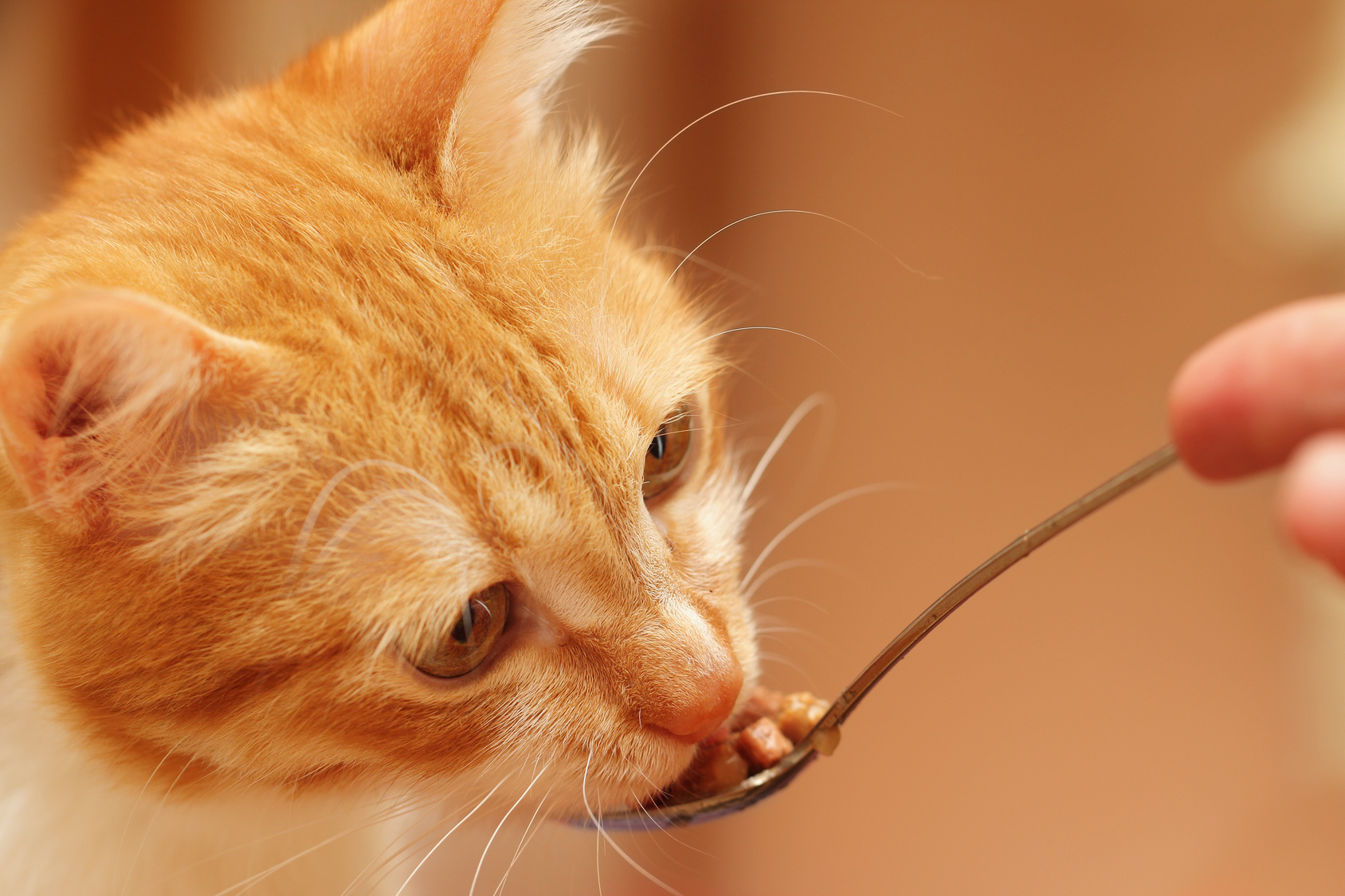 Should I Give My Cat Probiotics? 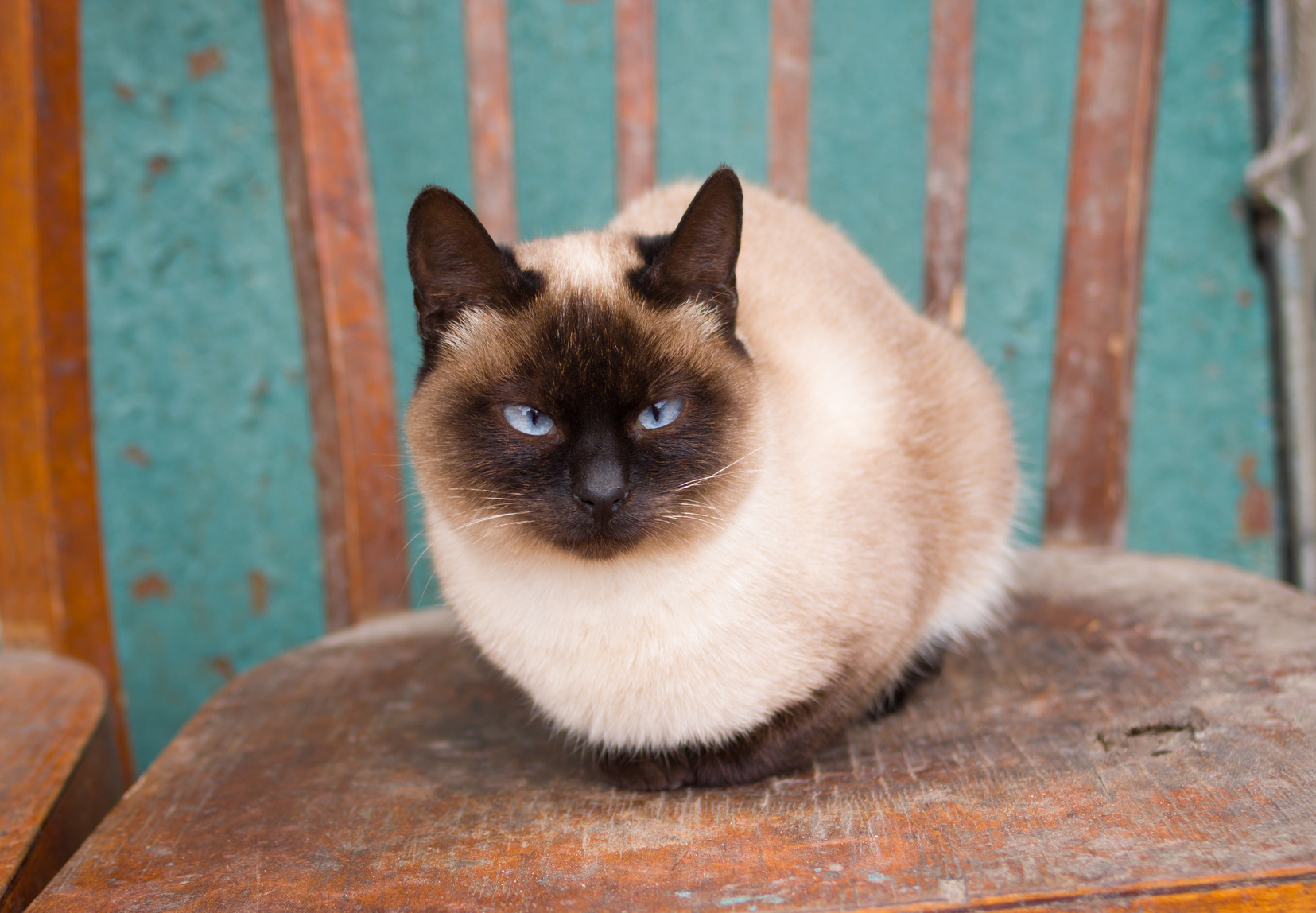 35 Signs That Your Cat May Be In Pain